More than a decade since conceiving the idea, eight long-haul trips and racking up thousands of miles across 30 countries, photographer Jono David has finally realised his ambitious project: a remarkable glimpse into Jewish communities living on the African continent.

The Jews of Africa: Lost Tribes. Found Communities. Emerging Faiths features 230 visually stunning images – a tiny proportion of the more than 100,000 photos originally taken by its captivated author, although an additional 300 images are available via online bonus galleries for anyone who buys the book.

David, an American-British photographer who has documented Jewish life and culture for more than 20 years, said he felt compelled to embark on the project because he was  “intrigued by the communities I had read about, in particular, the emerging Black Jewish groups in places such as Ghana, Madagascar, Cameroon and Uganda”. 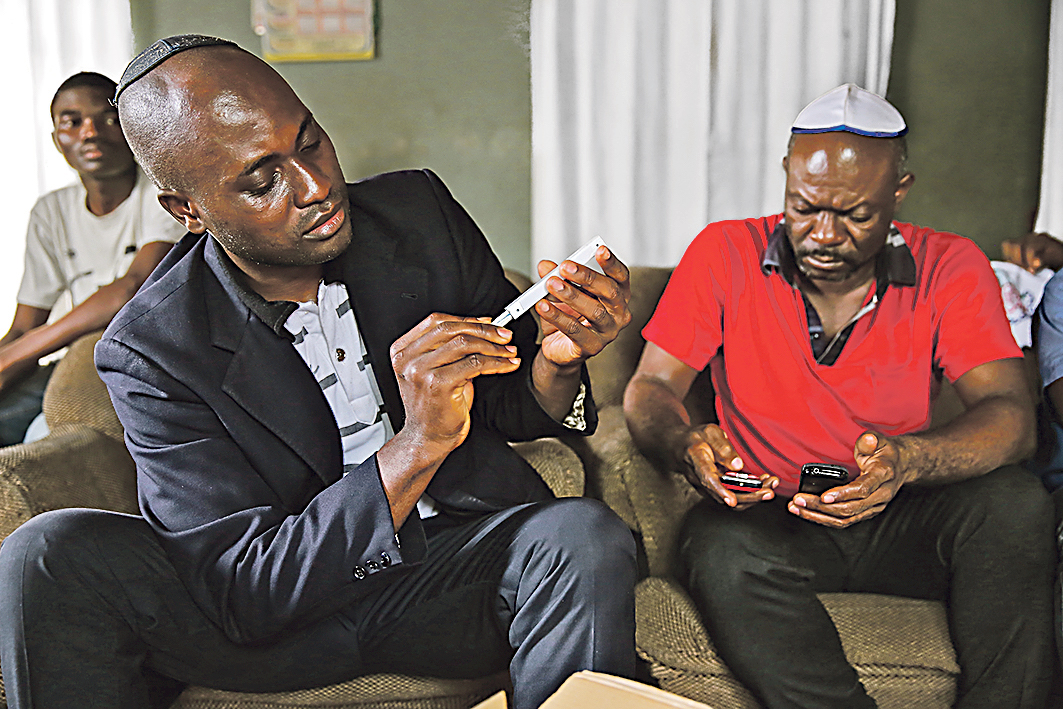 While each image is, he says, “a touchstone of memory and a treasure because of the people who welcomed me”, among his personal favourites from the collection is an image of youngsters from the Kasuku Jewish community in Kenya. 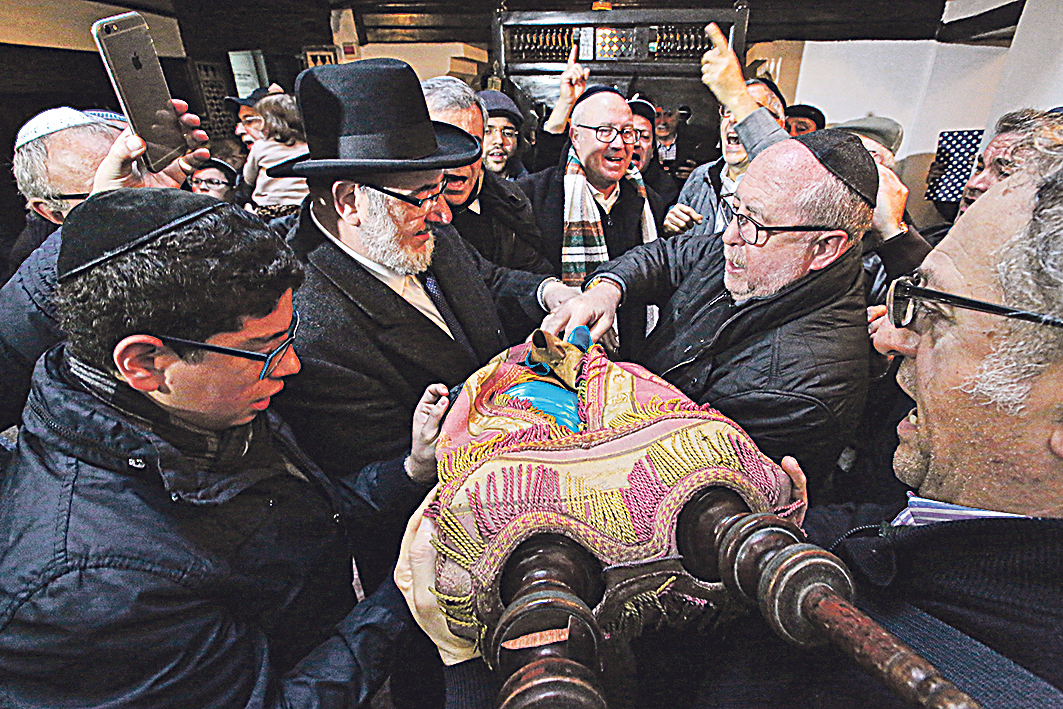 He says of this image: “Children the world over respond to the camera in a universal way, particularly children of meagre means who likely do not own a camera. The glee in these children’s face is just so infectious. You can see how threadbare their lives – even their synagogue – are. What they lack in material things is made up for in copious amounts of joy in their eyes.” 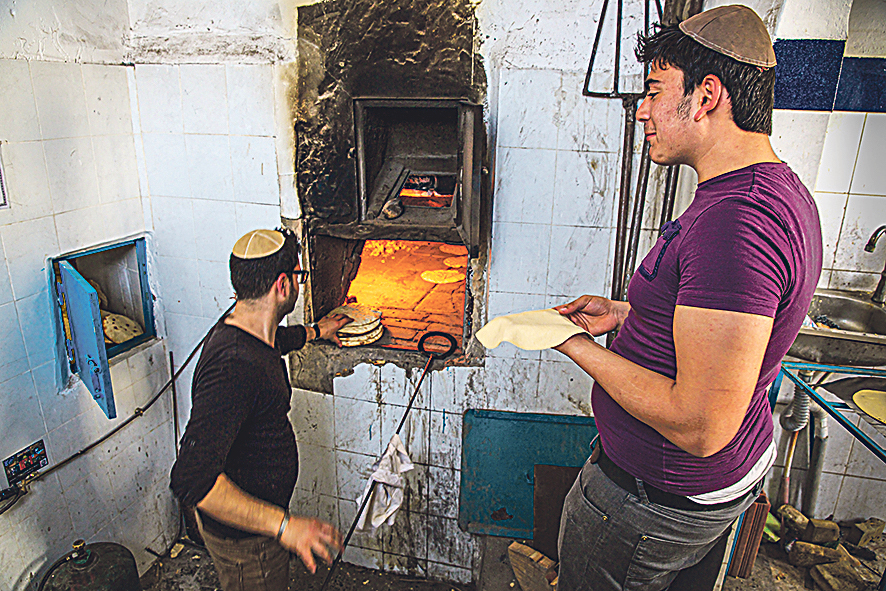 Also impactful for David was an image of Serge Etele, spiritual leader of Cameroon’s Beth Yeshourun Jewish community putting up a new mezuzah – the first to go up in the city of Douala. 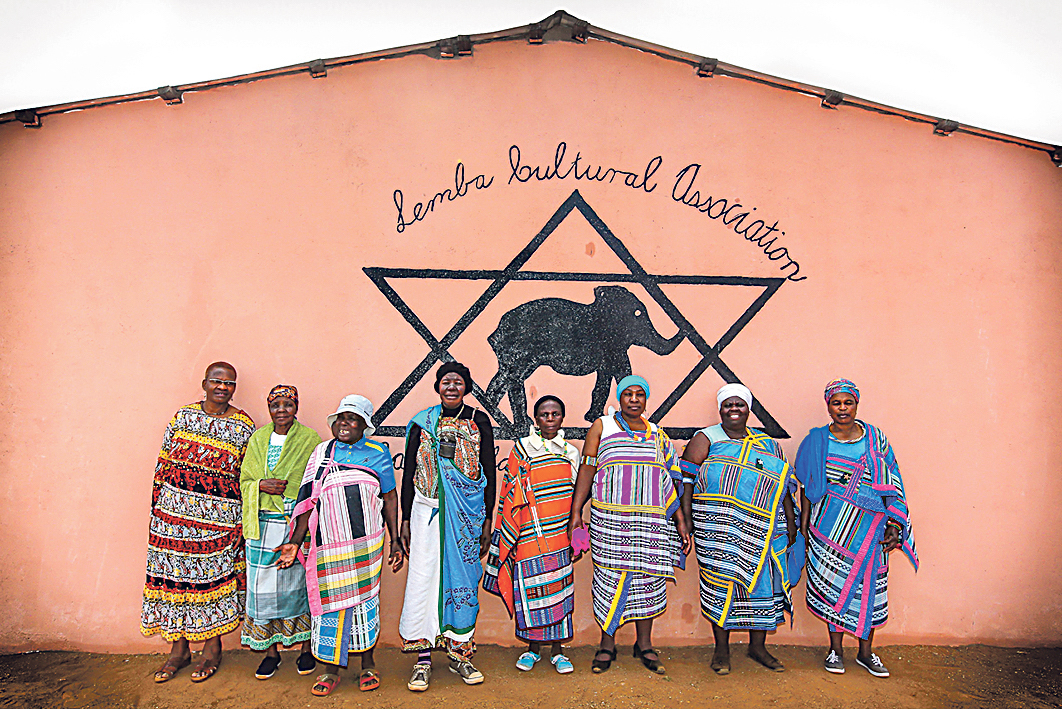 He explains: “A lady in Texas had contributed several kosher klaf and mezuzah covers, and she told me to distribute them as I wished. The Beth Yeshourun Jewish community of Cameroon had never had a mezuzah, so the gift was perfect and very much appreciated. I like this photo for the contrast of how the spiritual leader is admiring the mezuzah while the community member beside him is inspecting his phones. A few minutes later, we went out to the porch to put one up.” 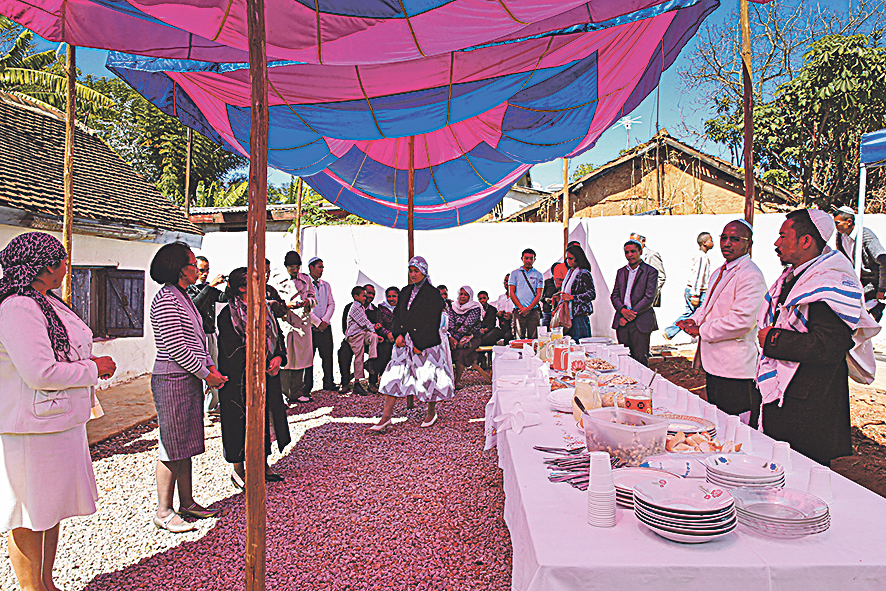 The photographer equally enjoyed witnessing a hiloula – a yahrzeit event – in Tétouan, Morocco.

“I had never heard of a hiloula before I was invited to attend this event,” he says. 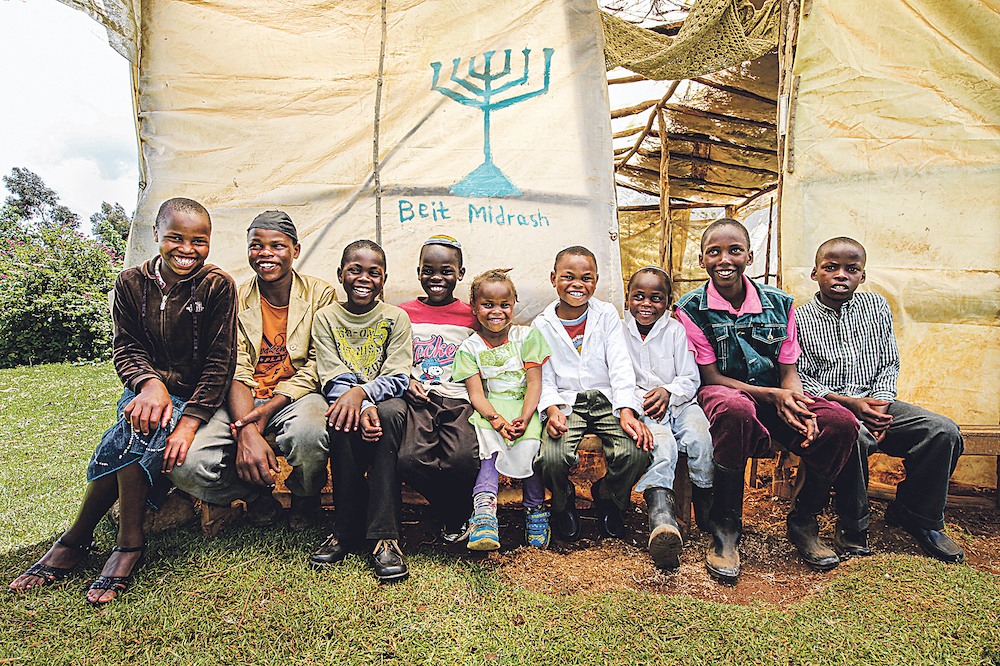 Children of the Kasuku Jewish community in Kenya

“These celebrations, in Morocco anyway, are wild festivals. Some go on for days. At this one, I found myself in the middle of a rugby scrum. People positively swooned as they touched the Torah. Later, at the gravesite of Rabbi Isaac Ben Walid, I was impressed by his enviable spot high on a hill with a sweeping view over the city and down to the sea.” 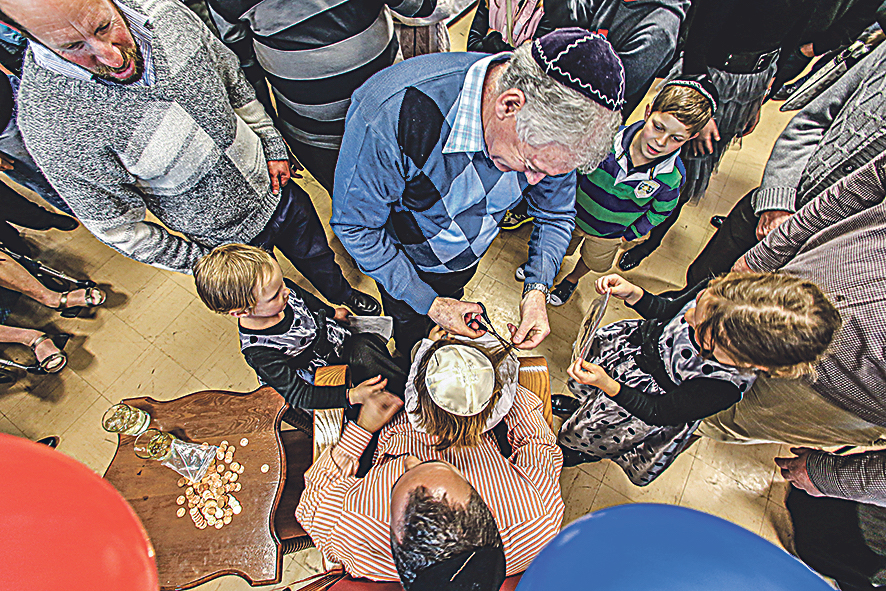 While David enjoyed travelling across the African continent, for him it was as much about the warm welcome he received wherever he went.

He adds: “I am always surprised by how welcoming people can be, but I’m not at the same time. The less people have in material things, the more welcoming they seem to be.” 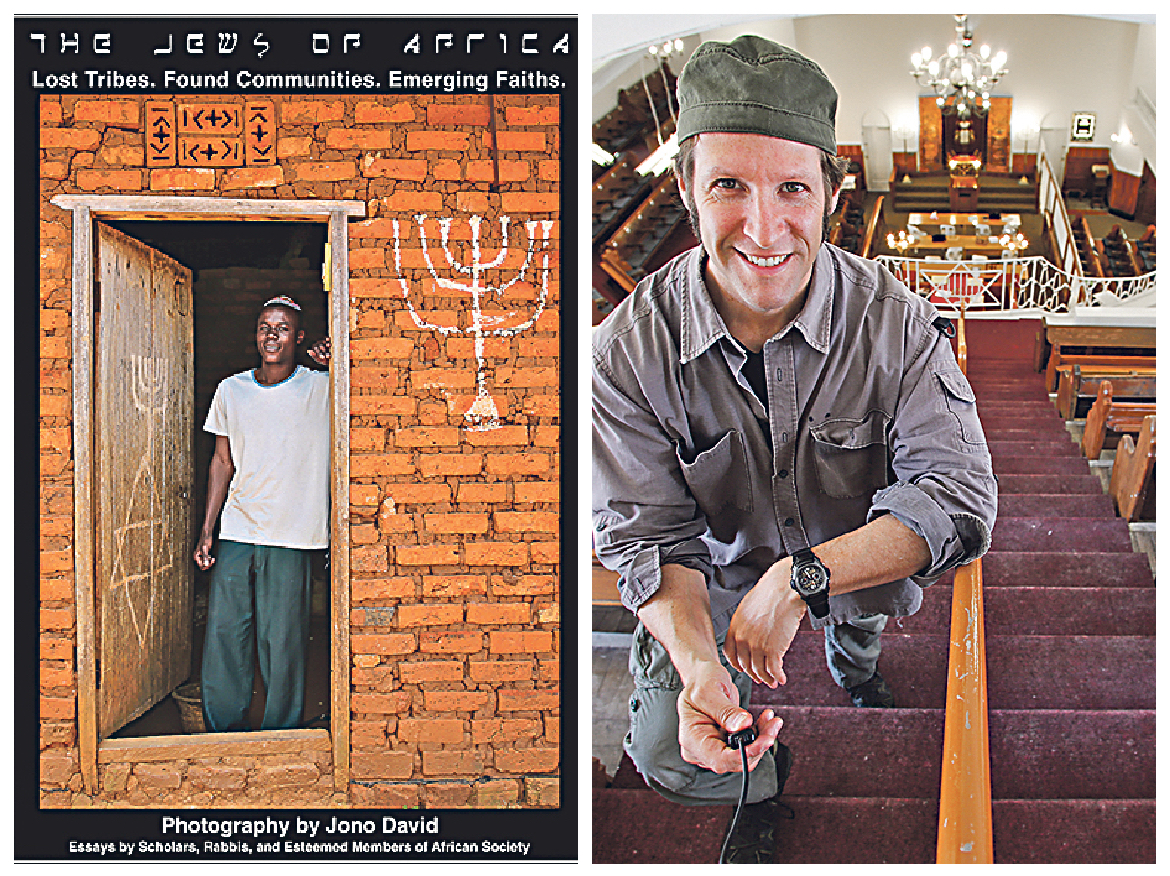