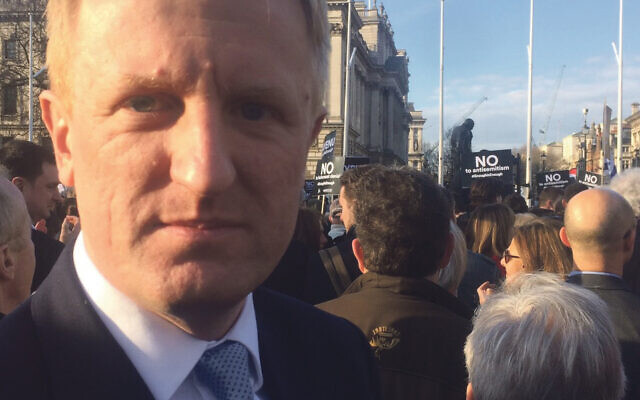 Oliver Dowden has written to social media giants to “strongly encourage” them to adopt the International Holocaust Remembrance Alliance (IHRA) definition of antisemitism.

The Digital and Culture Secretary also urged the heads of firms, including Google and Facebook, to also “consider” the definition’s “practical application in the development of your company’s policies and procedures. ”

He added: “The definition is not legally binding, but it is an invaluable tool for organisations to understand how antisemitism manifests itself in the 21st century and to tackle it.”

The letter added: “It will require platforms to take effective steps to remove and limit the spread of illegal content, including criminal antisemitic abuse.”

It appeared to be a call by the government for the social media giants to adopt IHRA themselves for use alongside the recommendations of the forthcoming Online Harms legislation.

The Board of Deputies have previously called for Online Harms legislation to ensure “any regulator appointed to oversee social media companies adopts the IHRA  definition of antisemitism as the standard by which it will judge whether such companies are discharging their obligations around the safety of Jewish users.”

Marie van der Zyl, President of the Board of Deputies, said it “has been clear in all its meetings with social media companies that if they truly want to combat antisemitism on their platforms, they need to adopt the full IHRA definition of antisemitism as part of their community standards and use it when considering antisemitism complaints.

“At a meeting held last month with Mr Dowden to discuss the huge rise in online hate in response to the latest upsurge of the Israeli-Palestinian conflict, the Board urged him to write to social media companies and ask them to adopt the full IHRA definition. We thank the Secretary of State for doing so and hope that in the coming period he will also write to Ofcom and ask them to use IHRA in their assessments of online antisemitism when they become the new regulator for social media.

“We are determined to ensure that Jewish social media users are free to enjoy the online space without fear of being targeted by hate.”

In May, after speaking at Bevis Marks Synagogue, Dowden admitted there “may be some practicalities about exactly how (social media giants) incorporate it – but the essence of the IHRA definition I want them to adopt, just as the government has committed to that.”