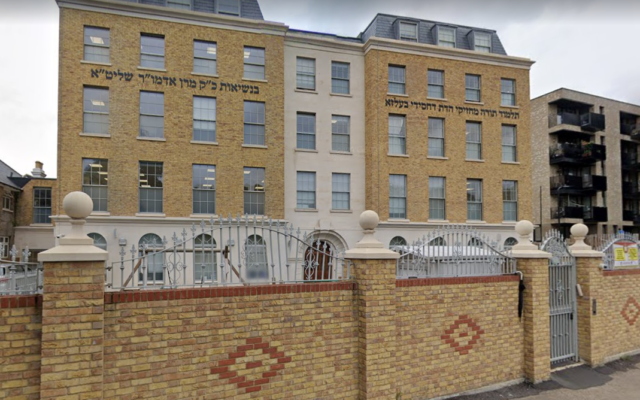 A strictly-Orthodox school is failing to meet standards partly because it is committed to not teaching children about same sex relationships, an Ofsted inspection has found.

Inspectors also found that “standards of literacy were poor” at the Talmud Torah Machzikei Hadass School in Hackney, which impacted on pupils’ ability to learn other subjects.

However, inspectors said that the ‘Inadequate’ rated school, which caters to boys aged three to sixteen, had attempted to make improvements since being handed the worst possible rating in January 2020.

In a follow-up inspection published today, Ofsted found: “Some subjects do not have curriculum plans in place that are at least as ambitious as the national curriculum, such as history and physical education. Some subjects are not taught regularly enough.”

Inspectors said that “the teaching of early reading in English did not start early enough,” while “in some subjects, such as mathematics, planning was haphazard.”

Previous visits found that pupils “were respectful of others” at the 641-pupil school, but that the curriculum ignored the existence of same-sex relationships or gender reassignment.

“Leaders are absolutely clear that they continue to have no intention
of referencing same-sex relationships and gender reassignment with pupils,” found the follow-up inspection.

However, improvements in the secular curriculum were noted by Ofsted, particularly in relation to English literacy since the January 2020 inspection.

Some subject plans have been rewritten to bring them in line with the national curriculum, found the inspection, while Maths and English teaching had improved.

“Overall, the journey to improve the secular curriculum is well underway. Leaders know that there is a lot of work to do, and they are committed to doing it,” found the inspection.

The unannounced monitoring visit was carried out with the purpose of advising “the secretary of state for education about the school’s suitability for continued registration as an independent school.”