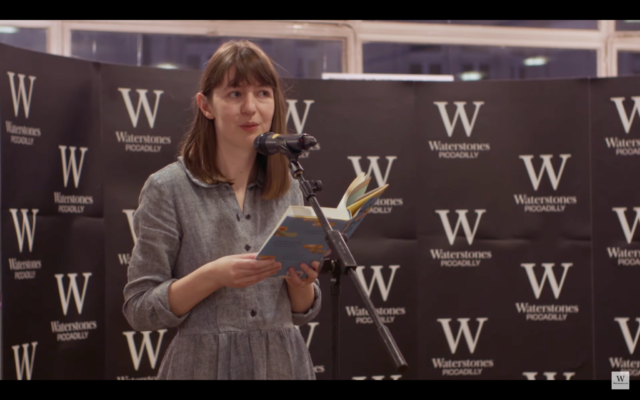 Irish novelist Sally Rooney has defended her decision to stop her latest novel being translated into Hebrew saying: “I simply do not feel it would be right for me under the present circumstances to accept a new contract with an Israeli company that does not publicly distance itself from apartheid and support the UN-stipulated rights of the Palestinian people.”

In a statement issued on Tuesday Rooney – whose new novel Beautiful World, Where Are You is currently one of top-selling books in the UK – said she was “very proud” that her previous two books Conversations With Friends and Normal People were translated into Hebrew.

But she then confirmed that after her third novel was published “for the moment, I have chosen not to sell these translation rights to an Israeli-based publishing house.”

The previous two books had been translated in Hebrew by the Israeli firm Modan.

But Rooney now said:”The Hebrew-language translation rights to my new novel are still available, and if I can find a way to sell these rights that is compliant with the BDS movement’s institutional boycott guidelines, I will be very pleased and proud to do so. ”

She said this report, along with one by “Israel’s most prominent human rights organization B’Tselem” had “confirmed what Palestinian human rights groups have long been saying: Israel’s system of racial domination and segregation against Palestinians meets the definition of apartheid under international law.”

Stressing her support for the Boycott, Divestments and Sanctions (BDS) movement, Rooney said this was “a Palestinian-led, anti-racist and nonviolent grassroots campaign calling for an economic and cultural boycott of complicit Israeli companies and institutions in response to the apartheid system and other grave human rights violations. ”

BDS is, said Rooney, “modelled on the economic and cultural boycott that helped to end apartheid in South Africa.”

The author accepted that “many states other than Israel are guilty of grievous human rights abuses. ”

She said this was “also true of South Africa during the campaign against apartheid there.”

Rooney said she was “responding to the call from Palestinian civil society, including all major Palestinian trade unions and writers’ unions.”

But she admitted:” I understand that not everyone will agree with my decision, but I simply do not feel it would be right for me under the present circumstances to accept a new contract with an Israeli company that does not publicly distance itself from apartheid and support the UN-stipulated rights of the Palestinian people. ”

Gitit Levy-Paz, a fellow at the Jewish People Policy Institute, wrote a column for the Jewish news platform Forward criticising the author’s decision. “The very essence of literature, its power to bring a sense of coherence and order to the world, is negated by Rooney’s choice to exclude a group of readers because of their national identity”, she claimed.

After her decision, We Believe in Israel launched a petition condemning her, which 1,000 people have signed. Luke Akehurst, Director of WBII  said: “Her claim that she is looking for a “BDS-compliant” Hebrew publisher means that in practice the novel will not be translated, as to be “BDS-compliant” such a publisher would have to not sell books in Israel and to Israelis, who are the vast majority of the Hebrew-reading market.

“We do not believe that Israel, a democracy, is a country that deserves to be boycotted. Cultural boycotts singling out Israel are ugly, divisive and discriminatory, and will not further peace. Open dialogue and interaction promote greater understanding and mutual acceptance, and it is through such understanding and acceptance that movement can be made towards a resolution of the conflict between Israel and the Palestinians.”