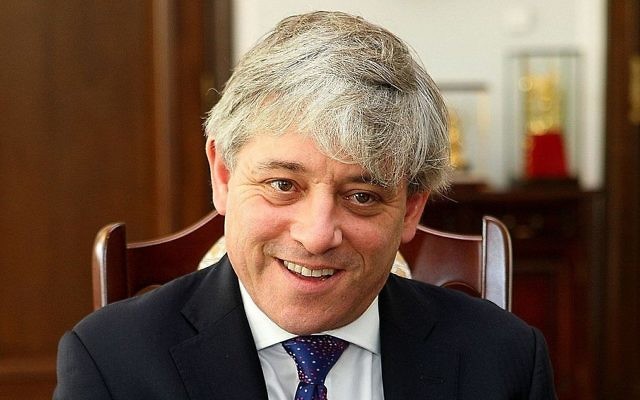 The Conservative MP attempting to oust John Bercow has said he does not believe any Cabinet ministers will support him continuing as Speaker of the House of Commons.

James Duddridge, who has tabled a “no confidence” motion in the Speaker, declined to name any ministers who he expected to vote against Mr Bercow, but insisted he was not aware of any Cabinet members who opposed his move.

The Rochford and Southend East MP took the unusual step after Mr Bercow came under fire for announcing he would bar Donald Trump from addressing Parliament during his planned state visit to the UK and revealed he had voted Remain in last year’s EU referendum.

“I think some people may abstain. I would expect the Prime Minister to abstain.

“I had expected David Lidington to abstain given that he’s a parliamentary neighbour and kind of chief interlocutor with John Bercow as leader of the Commons.

“But he was quite robust at the weekend about not offering John Bercow his support.

“I don’t think there will be a single member of the Cabinet that will support John Bercow.

“I’ve not spoken to every single one but I’ve spoken to a number of Cabinet ministers, ministers, private secretaries, backbenchers and people from all over the party.”

Mr Duddridge said new supporters for the no-confidence motion had come forward after Conservative MP for Lincoln Karl McCartney sent out an email to all MPs on Tuesday.

Downing Street has said Mr Bercow’s future is a “matter for MPs”, in a sign that ministers will not be whipped into a position in any vote of no confidence.

This week, John Bercow became the first sitting speaker of the House of Commons to visit Israel .