Nine police officers were injured and missiles were thrown amid efforts to disperse crowds outside the Israeli Embassy in London.

Thousands of people marched through the capital on Saturday to the gates of the embassy in Kensington, while protests took place in other cities across the UK and Ireland opposing Israel’s actions against Hamas rockets.

Nine people were arrested on suspicion of violent disorder in London, the Metropolitan Police said.

A further four were arrested on suspicion of breaching the Health Protection Regulations, the force added.

The Met said small pockets of disorder had followed a largely peaceful demonstration. 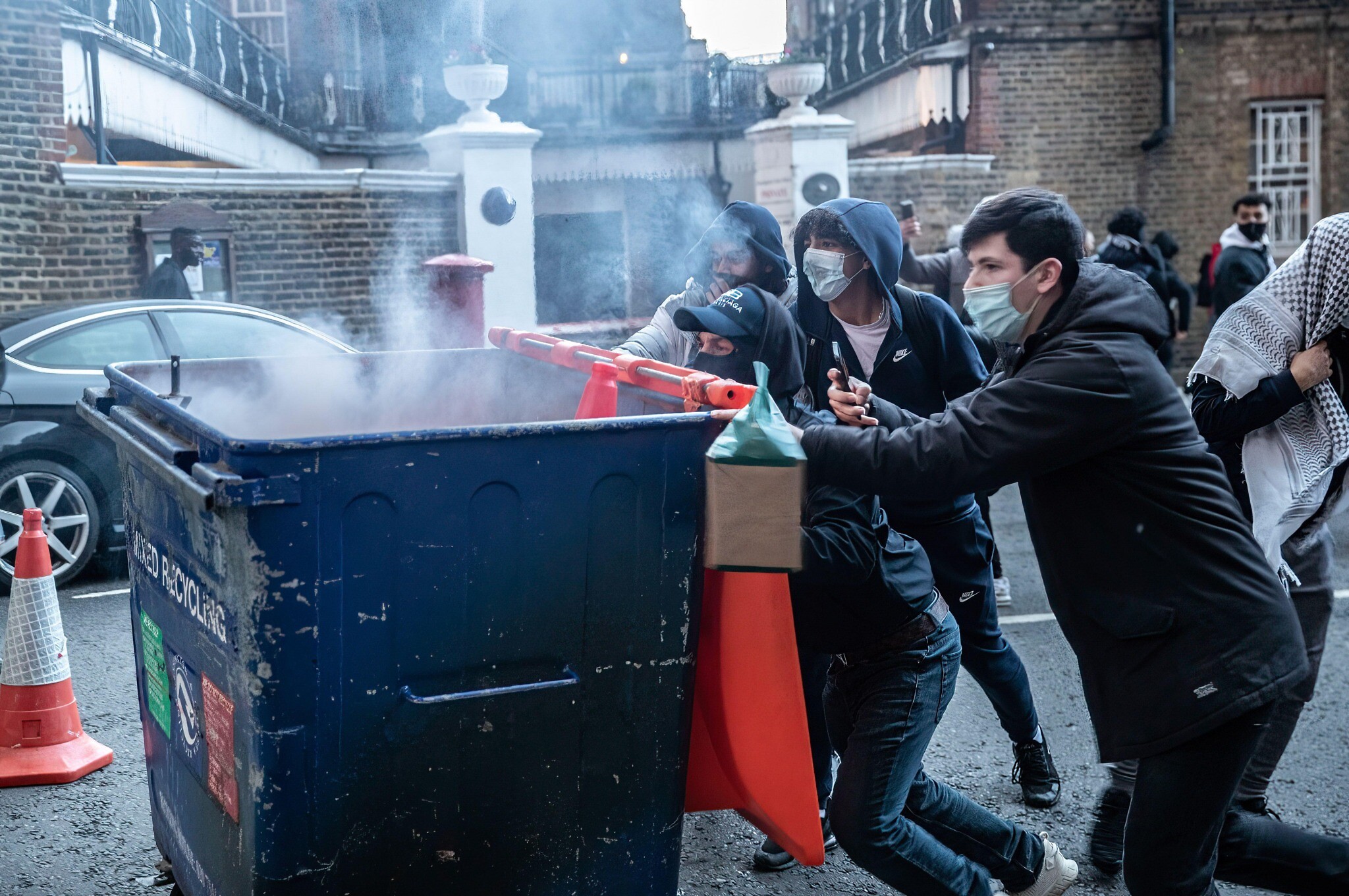 Rioters push a smoking recycling bin towards police during the demonstration.

Superintendent Jo Edwards, in charge of the policing operation, said: “We once again saw police come under fire from missiles and several were injured as a result of this. It is totally unacceptable and I wish those officers a speedy recovery.

“Throughout the day, officers sought to engage with people who had gathered to demonstrate, and encourage them to disperse to help protect themselves and others during this public health crisis.

“Where this approach did not work and officers were met with hostility, they took enforcement action.”

Friend of Hamas and former Labour leader Jeremy Corbyn appeared alongside the Palestinian ambassador to the UK at the rally. 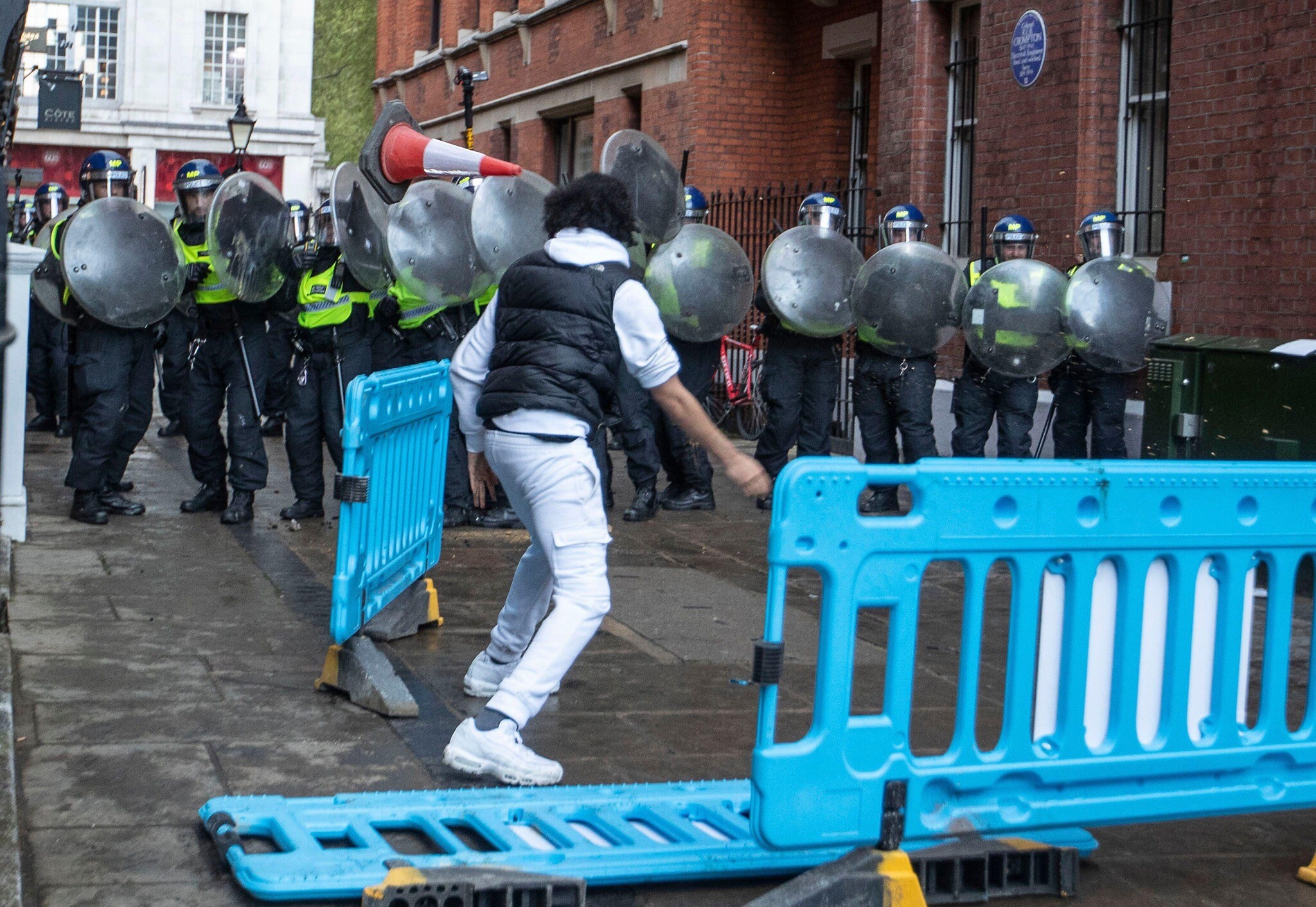 A rioter throws a traffic cone at police during the clashes.

Demonstrators, some wearing Saddam Hussein t-shirts, chanted “free, free Palestine”, and held banners calling for an end to the bombing of the territory by Israeli forces.

A temporary stage was set up on Kensington High Street and organisers urged people to keep moving down the road as numbers continued to swell.

Stephen Silverman, director of investigations and enforcement at Campaign Against Antisemitism, said: “Those marching through London claimed to be there to champion justice, but clearly they had no qualms marching alongside far-right, Islamist and far-left extremists who were openly calling for the massacre of Jews, waving antisemitic placards and flaunting terrorist emblems.

“We have been contacted by British Jews who were terrified by these events. We are reviewing the evidence with our lawyers and will be speaking with the police where appropriate.”