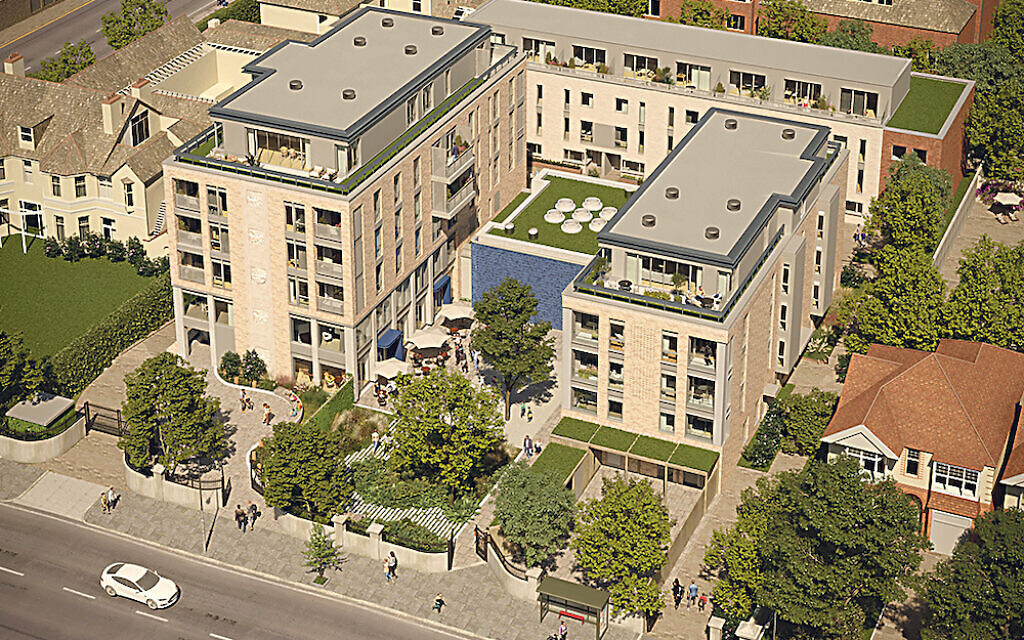 When Marc Sugarman found out that the Brighton & Hove Hebrew Congregation was in financial difficulty in 2015, he was concerned. Brighton-born, he had been barmitzvahed at that synagogue and believed that if it was under threat, so were the remnants of British-Jewish life in the seafront city.

Determined to do something to save the synagogue from selling up, he sought financial donations to turn the site into a hub that would celebrate Jewish life in area.

He succeeded. Inspired by the JW3 Jewish community centre in north-west London, he encouraged donors to invest in a multi-million-pound project that would restore the Orthodox synagogue and expand the site to include a kosher restaurant, deli, mikveh and 45 homes, ranging from one bedroom flats to houses. Some of the properties have views of Brighton beach and there will be “co-working” spaces on site, which Sugarman says will be popular because of changes to working habits since Covid-19.

In fact, the synagogue – “which will have a very spiritual feel, with sapphire and turquoise” shades and natural light – will also be extended with two rooms that can accommodate up to 270 people.

“When I heard the shul might sell up I was shocked,” says Sugarman, now chief executive of the project known as BNJC.

“I thought this was an opportunity to create something beautiful.”

Now, he hopes the site will increase the number of Jews living in Brighton. There will be an on-site nursery, as he explained: “There may be young couples and families this site would appeal to. If there is enough demand one day, we could open a Jewish school.

“We want to revive the community.” 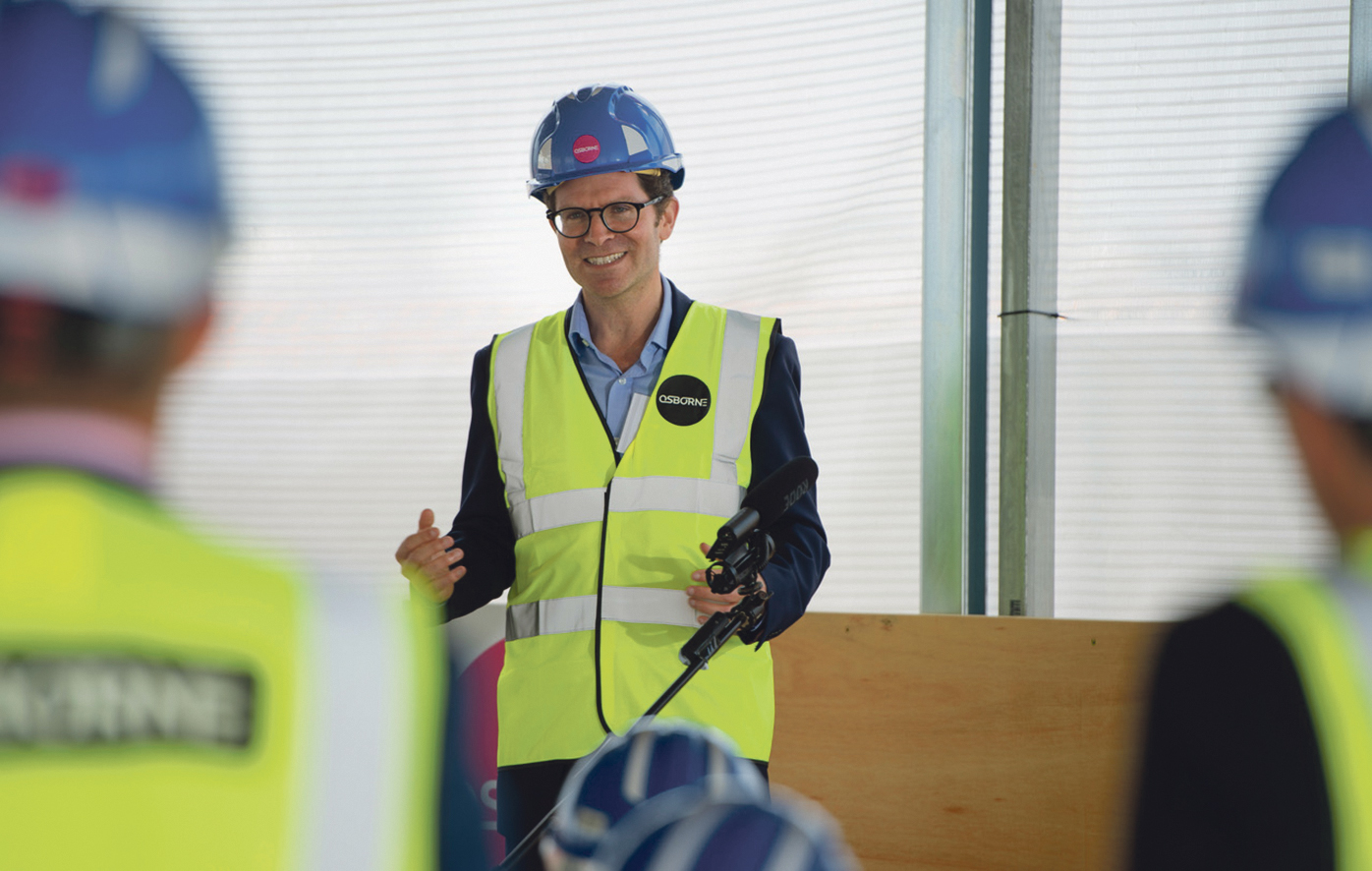 He added: “When I was growing up, there were up to 30,000 Jews living in Brighton. There are now only 3,000,” says former equity analyst Sugarman, who moved to London after university for work. “The average age of shul-goers in Brighton is around 75,”

He added: “Before this, there were no kosher food options available in Brighton. You had to have food delivered.”

As a result, the development will include an on-site deli for locals and visitors to pick up kosher meat, challot and heimish food.

The kosher restaurant, run by Israeli chef Yanir Marzan (who trained under Gordon Ramsay), will serve Middle Eastern dishes and host up to 130 diners, with indoor and outdoor seating. 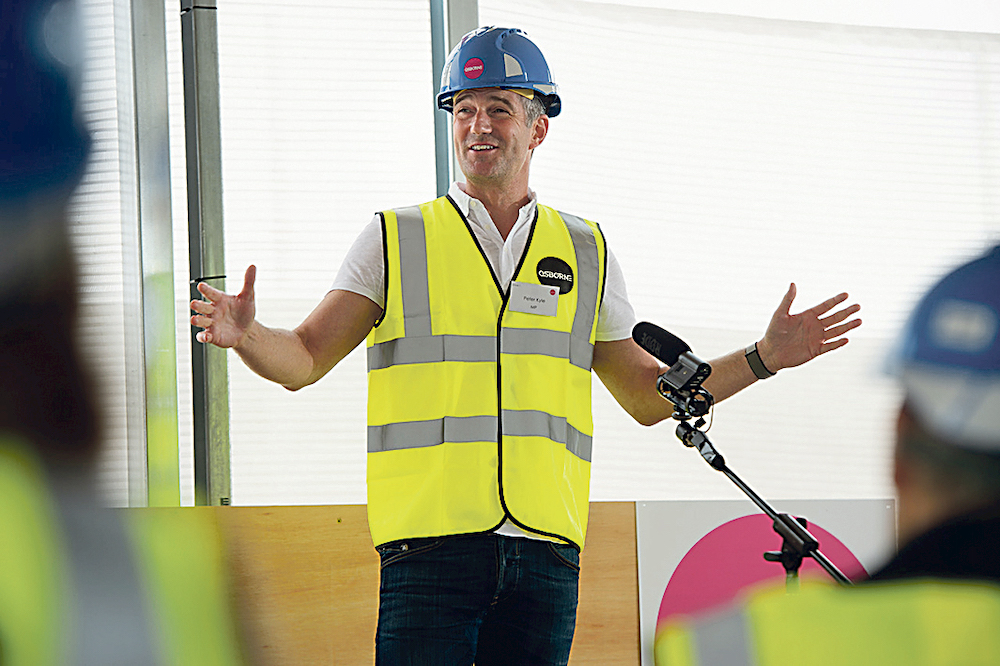 Passionate about the project, Sugarman envisages holidaymakers heading for the beaches of Brighton over festivals such as Passover. “It will be a great asset for the city, the UK Jewish holiday destination,” he said.

“People can stay in accommodation near the site, have kosher meals, enjoy cultural social programmes and have a beautiful Shabbes. They can use the mikveh if they want to.”

He added: “There are 250 years of Jewish history in Brighton. Many of its landmarks, like Brighton station or the Palace Pier, would never have been built without Jewish people. The Brighton festival was founded by Jews and there is the most beautiful shul here, built by the Sassoon family.”

Working with the local tourism office, they will promote Jewish walking tours for visitors.

However, Sugarman recognises that anti-Israel activism in the city – which saw the closure of the Israeli-owned EcoStream store in 2014 after relentless attacks – would be a challenge.

“It is a left-wing community,” he says. “Brighton is a city of non-conformity and theoretically it should be a place for the Jewish minority community to thrive, but there is a lot of pro-Palestinian activism that can be anti-Jewish.”

Confirming that anti-Israel activists and antisemites tried to prevent the council granting the project permission, he said: “There are challenges and we have to try to educate. We are here to celebrate Jewish culture.” 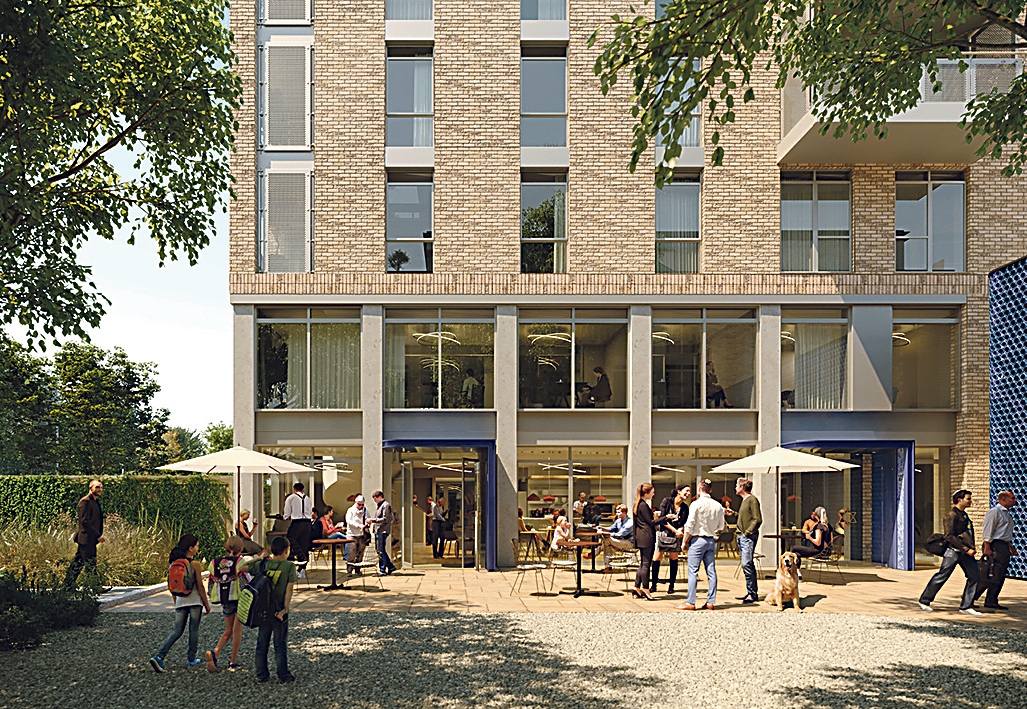 Building works on the BNJC project started in January last year and are expected to be complete at the beginning of next year. Sugarman says the cost of purchasing the accommodation units will be announced this Rosh Hashanah.

Welcoming the project, Shadow Education Minister Peter Kyle, the Labour MP for Hove, said: “In an era where lots of people are talking about the Jewish community, most will only see Jewish life from the outside. Not many have the chance to see it from within.

“What excites me is that this will be a facility for everyone to experience Jewish life, interact with Jewish culture, Jewish food and feel a part of it.”