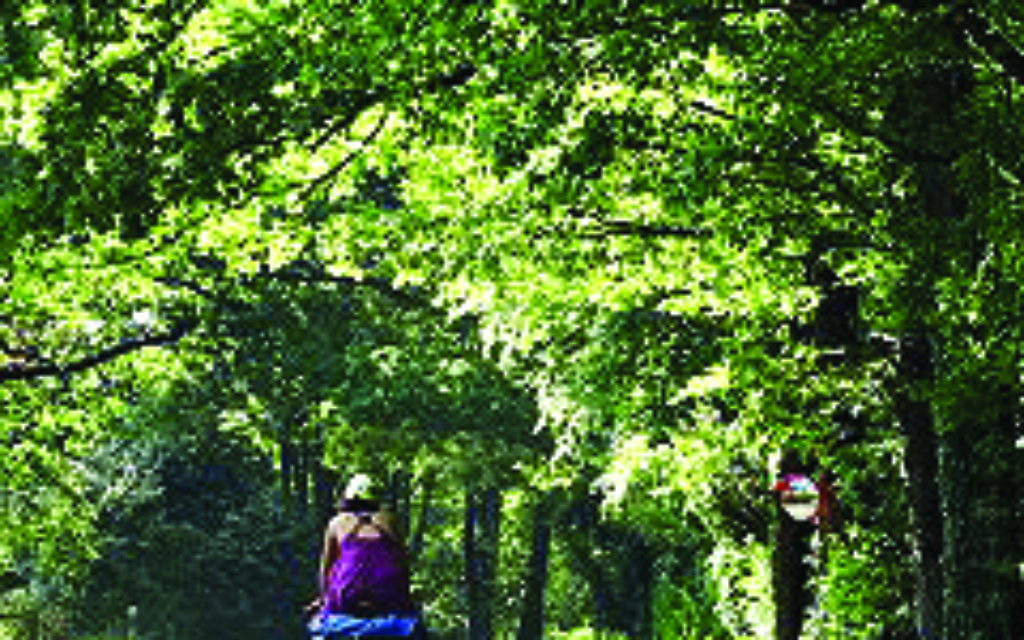 Deborah Cicurel speaks to a woman who’s cycled from the UK to Israel in a bid to get a grasp on the conflict with the Palestinians.

On her bike: The adventurous Sara Moon

It’s more than likely that over at least one Friday night dinner this week, the Israeli-Palestinian conflict will be fiercely debated with statistics, war anecdotes and political statements being used all over the place. But chances are also that not many of us have spent enough time in both regions to know the political situation firsthand – unlike 25-year-old Sara Moon.

Manchester-born Moon has just returned to London after a 5,000 mile, seven-month long round trip from England to Israel and the Palestinian territories by bicycle, stopping along the way in Greece, the Balkans and Italy – no easy feat, physically or emotionally.

Visiting Israel several times as a child and spending a gap year there volunteering with Habonim Dror, Moon says it was not until university that she began to learn more about the Palestinian narrative.

Moon decided to visit Israel and Palestine to “try to make up my own mind”, choosing to travel in an environmentally friendly fashion, despite having never cycled such a long distance before.

“I visited the West Bank for the first time that summer,” she says. “I made friends and family that would last a lifetime and learnt more from being with and seeing people than I could from any news article or textbook.”

As anyone who has the faintest knowledge of the Middle East conflict will tell you, the situation is confusing to say the least, but living there, staying in refugee camps and volunteering, Moon was able to immerse herself in both Palestinian and Israeli cultures.

“The situation is desperate and ugly,” she says, “but I also found beauty and hope and humour in the darkest places. The narrative I grew up with is that Palestinians want to throw all Jews into the sea but actually talking to Palestinians and living with them, I soon learnt that wasn’t the case.”

She adds: “When I told my new Palestinian friends and adopted families I was Jewish, the biggest thing I had to fear was being smothered with insane amounts of food, which beat any Jewish mother’s portions.”

One would imagine, however, that living in such an environment might put pressure on one’s own sense of Jewishness; yet Moon insists that could not be further from the truth.

“My time in the West Bank actually made me feel more Jewish than ever,” she says. “As I was living in a predominantly Muslim area, I would hear the call to prayer five times a day, and I would talk a lot about religion and faith with the people I met.

“Judaism was a thread that weaved its way through the entire trip,” she adds. “I was thirsty for Judaism. I was so inspired by both the Israeli and Palestinian activists who are working relentlessly for justice and peace and freedom, often without much support.”

Moon says her dream is to share her experiences of Palestine with the Jewish community and “continue campaigning for social justice for all and an end to the occupation”.

There are doubtless those who will disagree with her political stance, particularly on the occupation, those who may begrudge her trip – but surely everyone can admire her determination, open-mindedness and passion for peace.

Yet the trip was not without its shortfalls. Moments after arriving in Tel Aviv, Moon’s bicycle, which she had built herself, was stolen, leading to, in her own words, a “very miserable time mourning the beautiful bike”. Yet, four months later, she spotted someone cycling it along Tel Aviv’s beach.

Ever positive, Moon smiles and says: “I think that was the lowlight and highlight of trip all at once, and offered some very symbolic hope for reconciliation.”