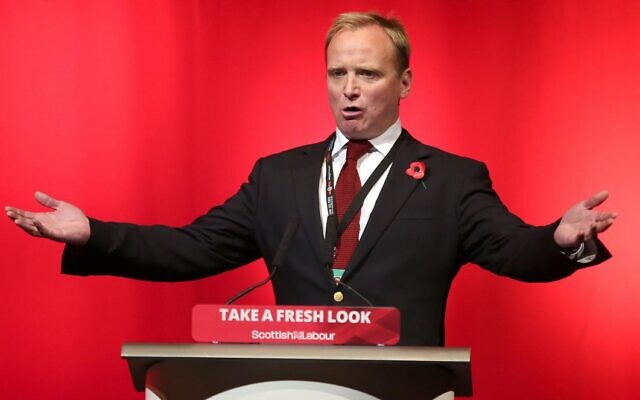 Gary Smith topped a vote of GMB members and was confirmed as head of the 600, 000 member union on Thursday.

One of the UK’s biggest trade unions has elected a candidate with a long track record of tackling antisemitism among the membership as new general secretary.

Gary Smith topped a vote of GMB members and was confirmed as head of the 600, 000 member union on Thursday.

Previously GMB’s Scottish secretary, Smith win the ballot after receiving more than 50 per cent of the votes cast.

While in charge in Scotland, Smith launched an outspoken attack on Richard Leonard, the former Scottish Labour leader, over his failure to back the IHRA definition of antisemitism.

In a March 2019 interview the new GMB chief branded Labour’s failure at the time on antisemitism “disgraceful” and said he had considered quitting the party himself.

Smith also supported the expulsion of a GMB shop steward over antisemitism, and intervened again when the union’s Jewish organiser Rhea Wolfson was targeted by a blogger with “Hitler” slurs.

Smith has said that “no political party has clean hands on the issue of antisemitism but nobody should need any reminders that antisemitism is on the rise and we in GMB are clear that it is absolutely intolerable.”

One colleague of Smith’s at the GMB told Jewish News: “Some union people struggle with the idea of treating racism against Jews in the same way they would treat racism against other ethnic minorities.

“Gary understands the poisonous nature of anti-Jewish racism, and does not operate with any hierarchies.”

Labour leader Sir Keir Starmer was amongst those to congratulate Smith on his election victory.

Smith succeeds Tim Roache, who resigned last year after allegations about his conduct, which he has denied.

GMB is the UK’s third-largest union and  represents workers in a wide range of industries, including retail, security, utilities, social care and some NHS staff.

It is also one of the three largest affiliates to the Labour Party and is a significant financial contributor to the party locally and nationally.