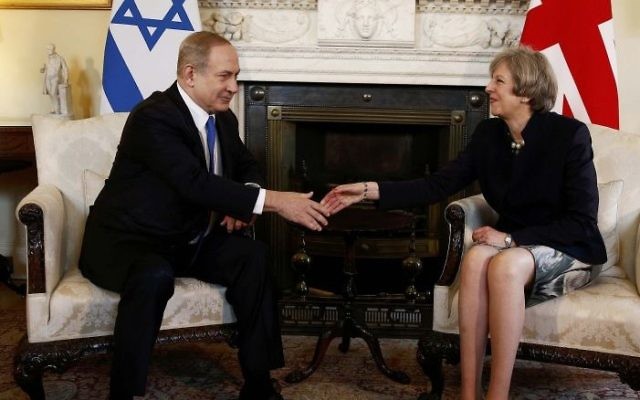 Theresa May has been told by Israeli prime minister BenjaminNetanyahu that “responsible” countries should follow Donald Trump in imposing fresh sanctions against Iran after it test-fired a ballistic missile.

Mrs May signalled she was ready to discuss Iran but also hopes to focus on bilateral opportunities, particularly boosting trade links after Brexit.

Mr Netanyahu took the unusual step of using the so-called “warm words” in front of the cameras, ahead of the formal discussions, to make clear he wants to see Britain take action against Iran.

He told Mrs May: “We face challenges, that’s very clear, from militant Islam and especially from Iran.

“That’s why I welcome (US) President Trump’s assistance of new sanctions against Iran, I think other nations should follow suit, certainly responsible nations.

“And I’d like to talk to you about how we can ensure that Iran’s aggression does not go unanswered.”

Mrs May was under pressure to raise the issue of Israeli settlement building on occupied Palestinian land, something Britain has long opposed.

She did not mention the issue in her opening remarks but reiterated Britain’s call for a two-state solution.

Mrs May said the UK was a “strong and close friend of Israel” as she highlighted their co-operation in science, trade and security.

She said she believed there was “much more we can do” and that it was important to look at how “we can build that relationship”.

“But also talking about some issues around the region, Syria and Iran and the whole question of the future of the Middle East,” she added.

“And certainly we remain committed to a two-state solution as the best way of brokering stability and peace.”

Mrs May’s first meeting with Mr Netanyahu got off to an awkward start after he arrived two minutes early and she failed to meet him outside the famous black door of Number 10, leaving him in the street for around 15 seconds before he entered alone.

But the pair emerged around two minutes later to shake hands in front of the assembled media from Britain and Israel.

Downing Street sources said Mrs May had planned to meet him outside but his slightly early arrival and a mix-up inside Number 10 meant the photo opportunity did not progress as planned. 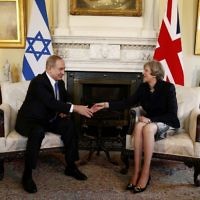 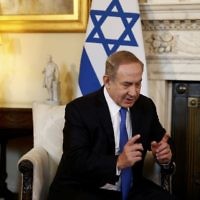 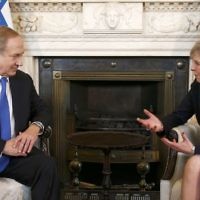 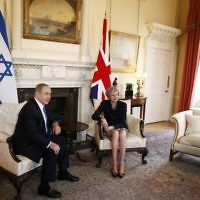 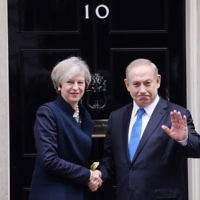 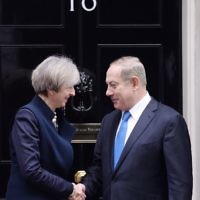