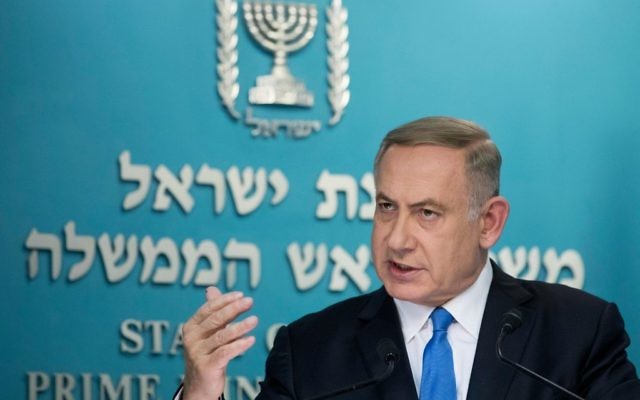 Benjamin Netanyahu was offered a secret peace deal with the Palestinians that had the backing of important Arab states in February last year, but turned it down.

The revelations were reported by Israeli newspaper Ha’aretz on Monday, quoting former senior members of the Obama administration, who said then-Secretary of State John Kerry brokered the peace plan together with Egypt and Jordan.

They revealed that Netanyahu took part in the secret summit in the Jordanian Red Sea port of Aqaba, together with Jordan’s King Abdullah II and Egyptian President Abdel Fattah al-Sissi, both Israeli allies. Kerry’s advisor Frank Lowenstein was reportedly instrumental in facilitating it.

Jordan had earlier expressed outrage that religious Jews were marching on the Dome of the Rock and Al-Aqsa Mosque in Jerusalem to pray, and the regional leaders used the opportunity to convene in secret to put forward the plan.

The Washington sources said Netanyahu took the plan back to Jerusalem, but a string of terror attacks and strong opposition by his coalition partners Habayit Hayehudi (Jewish Home) led the PM to turn it down.

According to the article, the plan dealt with Palestinian refugees, Israeli security rights over a demilitarised Palestinian state, borders with land swaps, and Jerusalem as the shared capital. Crucially, it reportedly included Palestinian recognition of Israel as a Jewish state. Egypt and Jordan agreed to get Saudi and Gulf state backing.

Israel’s Opposition leader Isaac Herzog was, at the time, due to be brought into Netanyahu’s ruling coalition to help push the deal through, but after it fell through, Herzog felt there was no reason for him to join the government.

Relations between Obama and Netanyahu deteriorated further after that, and Kerry took the unusual step of criticising Israeli intransigence at the Saban Forum, in frustration at his secret efforts which were, at the time, unknown.