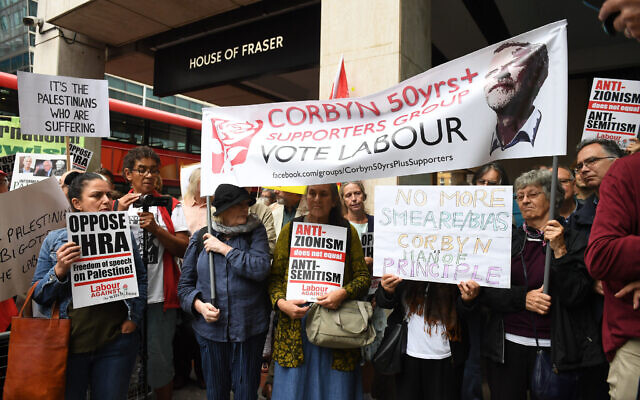 Activists outside a meeting of the Labour National Executive Committee in London which is expected to decide on whether to adopt the International Holocaust Remembrance Alliance (IHRA) definition of anti-Semitism and its examples, which has been the subject of a bitter row within the party over recent months.. Photo credit: Stefan Rousseau/PA Wire

The number of colleges, universities and other higher education providers who have signed up to the International Holocaust Remembrance Alliance (IHRA) working definition of antisemitism has surged over the past year.

A total of 216 higher education institutions in England, which includes 95 universities, have signed up, an Office for Students (OfS) report shows.

Only 28 universities had confirmed they had adopted the definition in September last year, according to research by the Union of Jewish Students.

The rise comes after universities were warned that they could have their funding cut if they refused to adopt the internationally recognised definition.

In October last year, Gavin Williamson, then education secretary, said the number of universities which had signed up was “shamefully low”, adding that institutions were “letting down” their Jewish students.

The higher education watchdog has said it will consider “further action” if universities do not take action to meet expectations for preventing and tackling harassment during this academic year.

Chris Millward, director for fair access and participation at the OfS, said: “This new evidence demonstrates that there has been a rapid increase in the number of universities and colleges adopting the definition.

“This is welcome and is testament to the excellent campaigning work by groups of Jewish students, which has led more universities and colleges to acknowledge the importance of the definition and the benefits of using it in practice.

“The OfS published a statement of expectations for preventing and tackling harassment earlier this year, and we are clear that we will consider further action if universities do not take the steps necessary to meet these expectations during the current academic year.

“Signing up to the IHRA working definition is one of the ways universities and colleges can tackle antisemitism.

“It is essential that universities and colleges act swiftly and decisively in response to any acts of antisemitism, so that students are safe, and feel safe, on campus.” 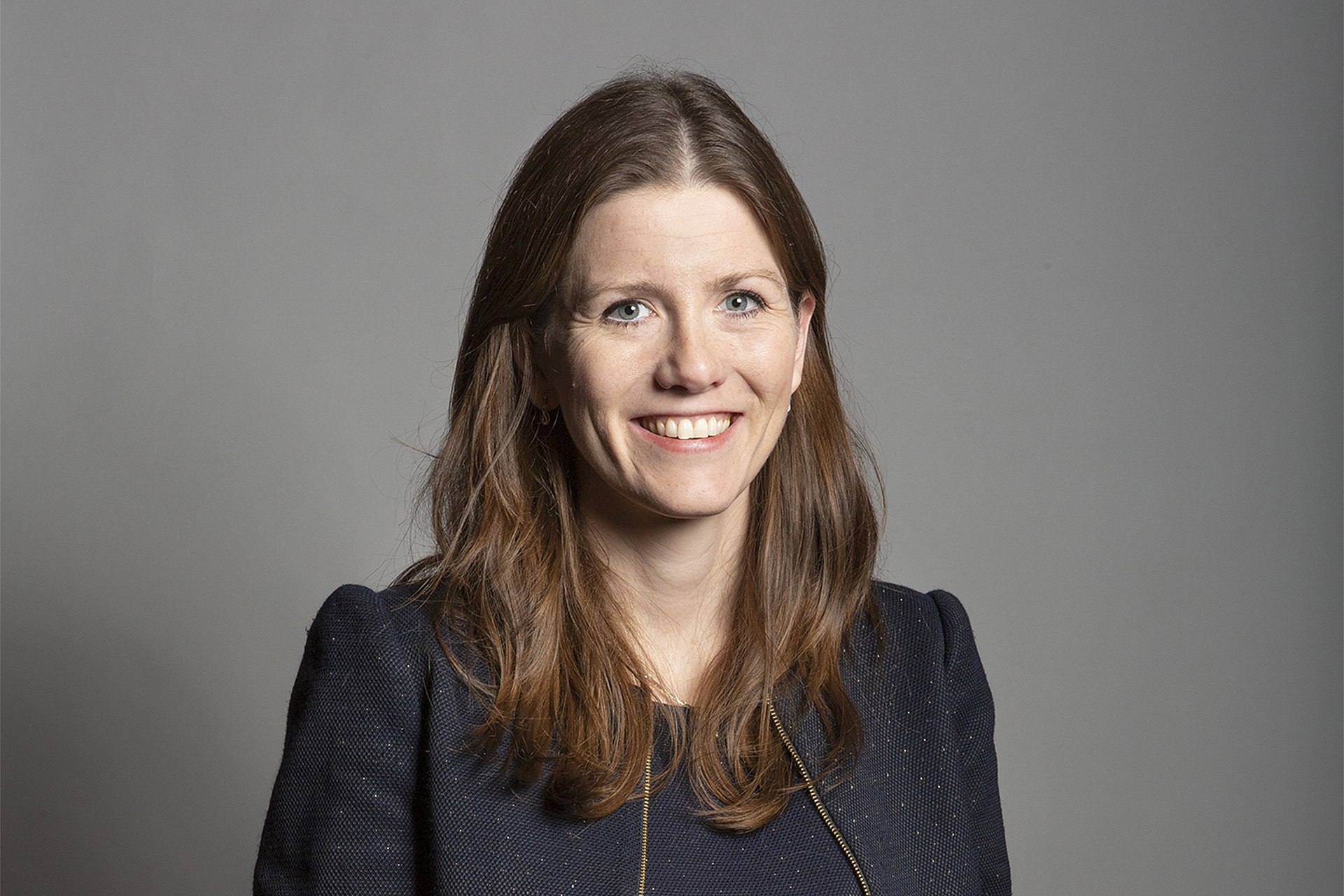 Universities Minister Michelle Donelan said: “It is encouraging to see so many universities take up the IHRA definition in the past year, but there is more work to do to end the scourge of antisemitism on our campuses and I will continue to work with university leaders to demand action and urge progress.”

She added: “The horrors of the Holocaust are a stark reminder that we must do all we can to root out antisemitism wherever we find it.

“That requires a common understanding of what antisemitism is and the forms it takes in modern society.

“Adoption of the International Holocaust Remembrance Alliance’s definition of antisemitism makes a public commitment to tackling this insidious form of racism in helping to identify antisemitic conduct, and I have been working across the higher education sector to promote its adoption.”

In May, Robert Jenrick, who was communities secretary at the time, vowed to “name and shame” universities which refuse to sign up to the IHRA definition.

Universities UK (UUK) published a briefing in June which included practical examples of how the IHRA definition could be a useful tool to help universities tackle antisemitism on campuses. 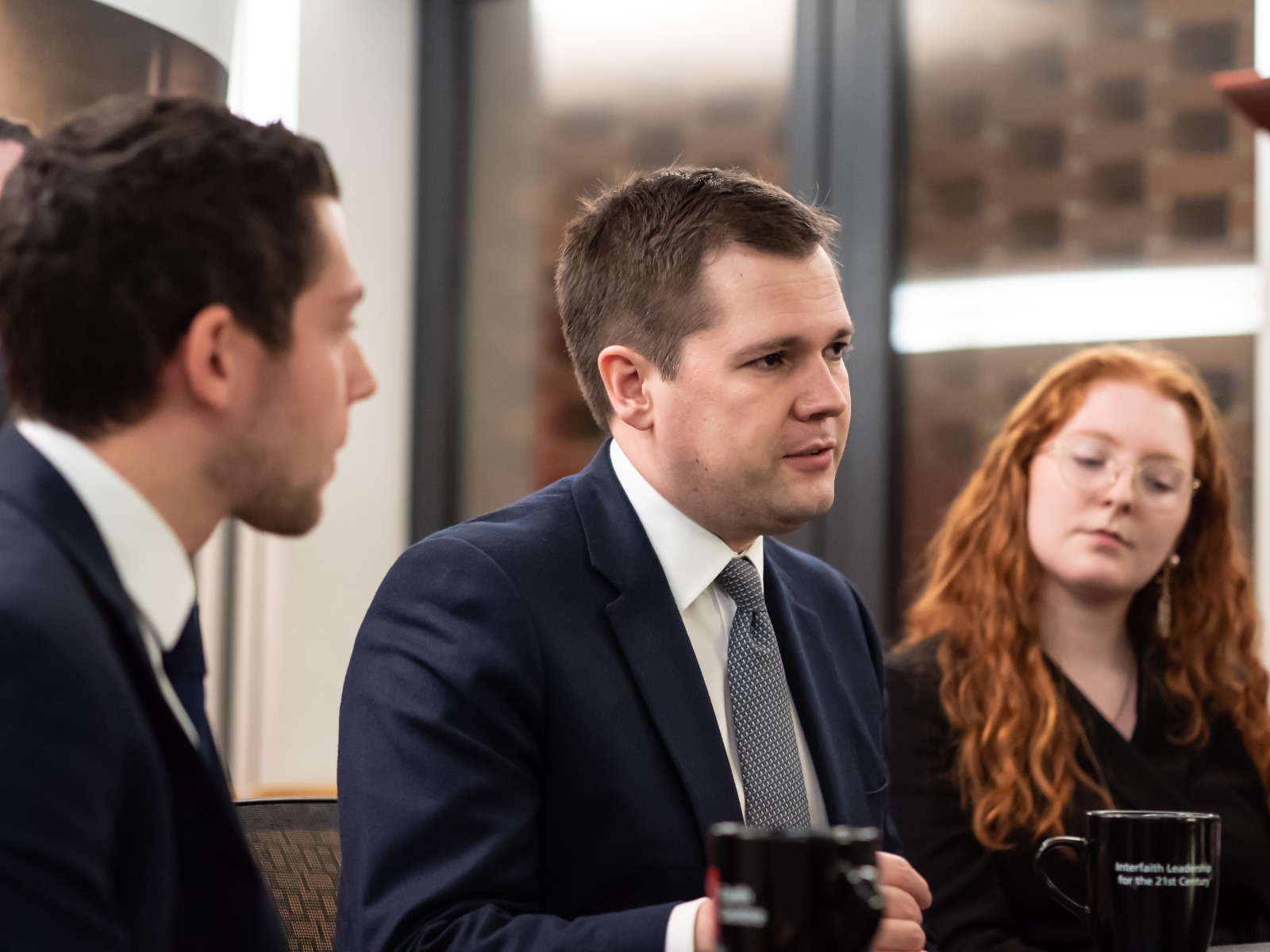 A spokesperson for UUK said: “We support and encourage universities to do all they can to tackle antisemitism, which is as unacceptable on campus as it is in any walk of life.

“This includes considering adoption of the IHRA definition, whilst also recognising their duty to promote freedom of speech within the law.”

Nina Freedman, president of the Union of Jewish Students (UJS), said: “Since the launch of our campaign in 2019, UJS and Jewish students have been campaigning tirelessly for universities to adopt this definition.

“It is great to see this significant increase and we look forward to working with the institutions which are not yet on our list.