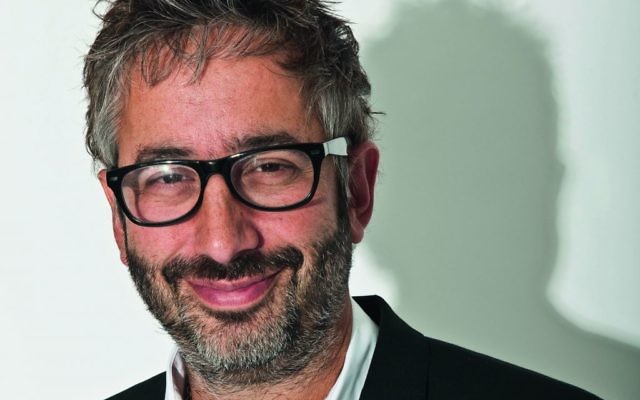 David Baddiel has defended a man who taught his pet pug to do a Nazi salute in response to the phrases “Gas the Jews” and “Sieg Heil”.

The funny-man lent his support for dog-owner Markus Meechan, who has been found guilty of religious and racial aggravation, after teaching the animal to give the offensive gesture, on the grounds of free speech.

Meechan is due to be sentenced next month.

Speaking on podcast, ‘Ricky Gervais is Deadly Sirius’, which airs on SiriusXM, Baddiel said: “As far as I’m concerned, you can definitely do jokes about the Holocaust. You can do jokes about anything.”

He continued, “it looks funny, it is funny”, and urged Gervais to “Google it – it’s a hilarious picture”.

A laughing Baddiel added: “The still of the dog getting his paw up…. I know people with pugs, and pugs have got very short legs, that they find very difficult to balance on at the best of times.

“So, if they’re having to do a Nazi salute and think about the Holocaust at the same time it must be really difficult”.

You can watch the clip of the conversation here:

Meechan was convicted of hate crime in contravention of the Communications Act 2003, and of the religious and racial aggravations libelled along with the charge.

He filmed himself training the pet to give salutes in 2016 before putting the footage on Youtube and receiving three million views.

Meechan,  of Coatbridge in Lanarkshire, insists he’s “not racist”, adding he made the clip because “my girlfriend is always ranting and raving about how cute and adorable her wee dog is, so I thought I would turn it into the least cute thing that I could think of, which is a Nazi.”

He denied wrongdoing, but was convicted at Airdrie Sheriff Court by Sheriff Derek O’Carroll, who described the contents of the video as “grossly offensive”. O’Carroll added that the stunt was “racist and anti-Semitic.”

“The description of the video as humourous is no magic wand.”

Sentence has been deferred by the court to 23 April.

In February, Baddiel made an impassioned plea for anti-Semitism “to be seen as just as important as other racisms”, adding that he believed Holocaust denial to be clearly anti-Semitism .

He told a packed meeting in Parliament of the Antisemitism Policy Trust that his way of dealing with anti-Semitism on-line was to engage “robustly” and to mock his attackers.