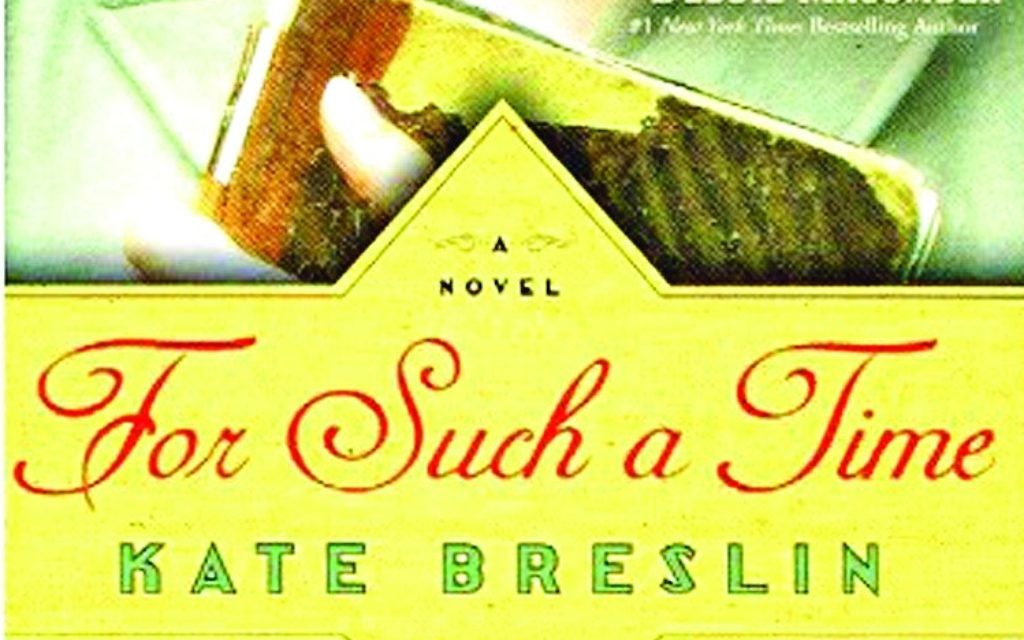 Breslin’s book is set in Theresienstadt

A novel about a Jewish concentration camp inmate who falls in love with the Nazi Kommandant has sparked outrage in the literary world, writes Joseph Millis.

Kate Breslin’s For Such a Time, nominated for two awards and shortlisted for one – tells the story of Stella Muller who “finds herself battling a growing attraction for this man” – SS Kommandant Colonel Aric von Schmidt – “she knows she should despise as an enemy”.

Muller, who is von Schmidt’s secretary, eventually converts to Christianity.

The “romantic” novel failed to win any awards.

Breslin has been accused of promoting her own evangelic Christian agenda, and For Such a Time has been branded “offensive and upsetting”.

Sarah Wendell, author and co-founder of the Smart Bitches, Trashy Books romance website, wrote: “This is a romance between a Jewish prisoner and a Nazi officer who was in charge of a concentration camp.

“To put it mildly, I don’t see this set-up as an imbalance of power that could possibly be redeemed in a romance narrative, nor do I think the setting and characterisation is remotely romantic.

“But I think this issue is much larger than my individual opinion.”

The blog post went viral. She added: “In For Such a Time, the hero is redeemed and forgiven for his role in a genocide. “The stereotypes, the language, and the attempt at redeeming an SS officer as a hero belittle and demean the atrocities of the Holocaust.

“The heroine’s conversion at the end underscores the idea that the correct path is Christianity, erases her Jewish identity, and echoes the forced conversions of many Jews before, during, and after the Holocaust.”

Breslin, however, maintained that it was not her “intent to write a book that told a more modern-day story of a courageous Jewish woman.

“I am heartsick and so very sorry that my book has caused any offence to the Jewish people, for whom I have the greatest love and respect.”