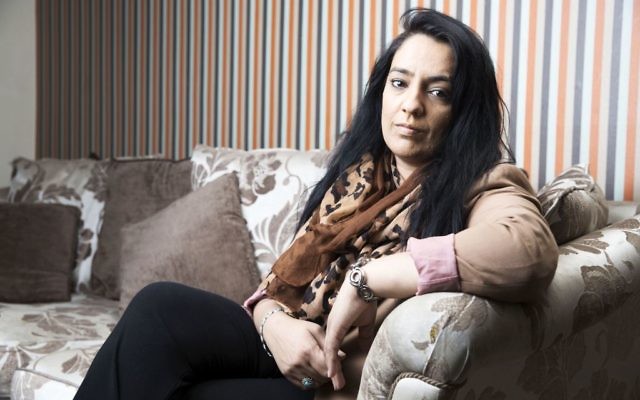 Labour MP Naz Shah has contacted the police over allegations of intimidation by supporters of George Galloway ahead of the Batley and Spen by-election – including a claim she has endorsed the “barbarism” and “ruthless savagery” of “Zionists” against innocent Palestinians.

The video, made by Bradford based journalist Ubaid Mughal, accuses Shah of “poking her nose” into the by-election and “protecting” Sir Keir Starmer who is described as “the biggest supporter here of Zionism.”

Mughal confirmed to Jewish News on Wednesday he was “aware” that the Labour MP had reported his video to police but initially said he was “too busy” to discuss the allegations he made on camera against her.

Urging local Muslims to support former Respect Party leader Galloway the film suggests that had the controversial activist not devoted so much time to supporting them across the world “today he would have been Prime Minister of the UK and leader of the Labour Party.”

Elsewhere in the recording Shah is accused her being personally responsible for the demise of Ken Livingstone from Labour – and in a highly sectarian attack of betraying the local Gujrati community.

Sources informed Jewish News that Shah is also considering suing Mughal for defamation over some the claims made in the video, which described Galloway as a “big-hearted” person who has stood up for Muslims.

The MP has also confirmed to friends she will lodge a fuller complaint to police officer about contents of the video in the forthcoming days.

In his video Mughal alleges that Shah wrongly launched a “twisted and distorted” criticism of Galloway in an online video message she recorded after he announced his intention to stand in tomorrow’s by-election.

Addressing the camera in the Urdu language Mughal then claims:”So dear lady.. in fact you aren’t supporting the Labour Party, but Sir Keir Starmer. 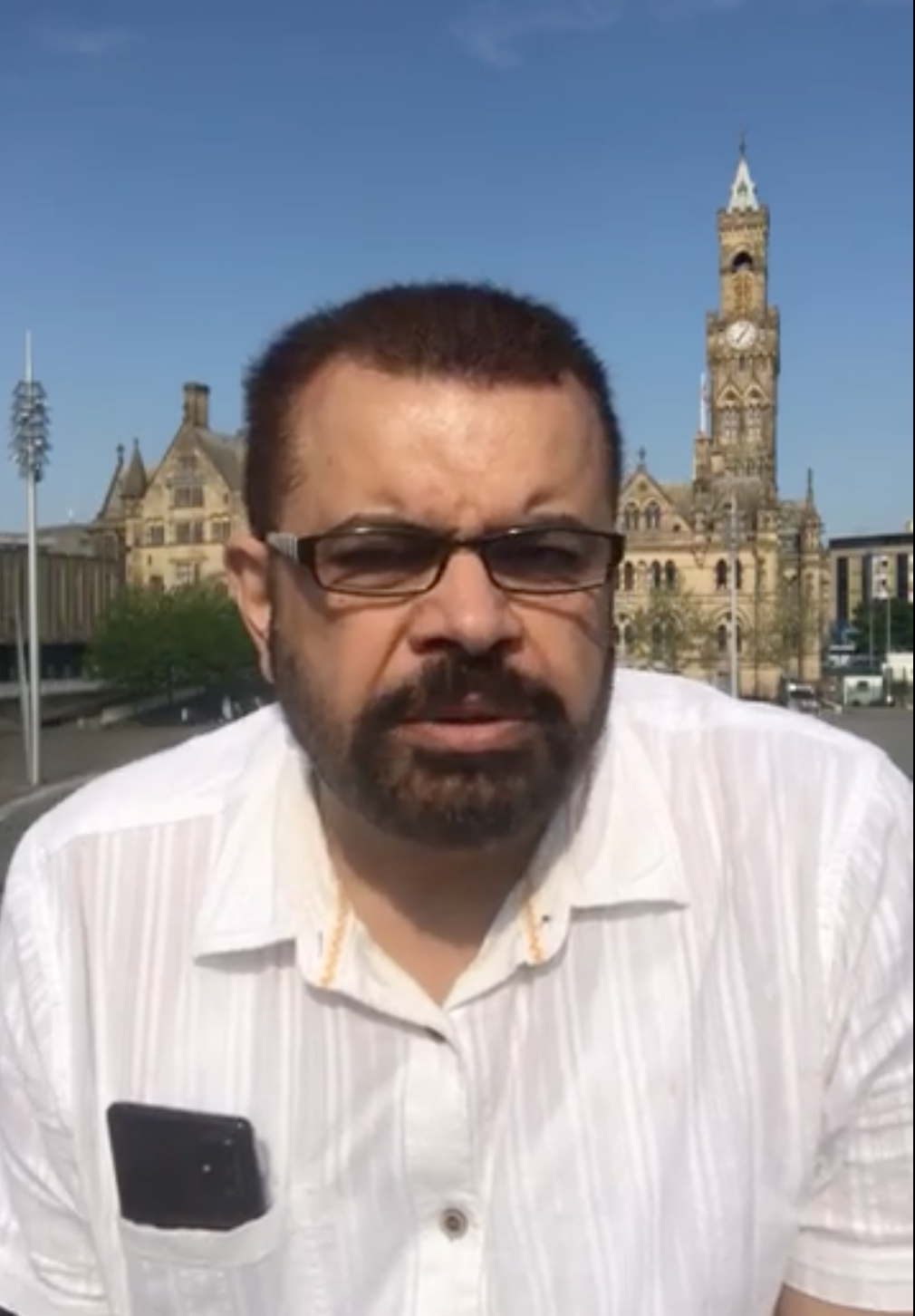 “And supporting Israel means your are indirectly endorsing the cruelty and barbarism unleashed on innocent and unarmed Palestinians because Keir Starmer is the loudest voice here in the favour of Zionism.

“On account of this problem we have to say that to support Zionism is in fact the most ruthless savagery on humanity.”

Accusing Shah of “poking her nose” into the Batley and Spen by-election, and falsely claiming laws exist to stop MPs from involving themselves in campaigning in other constituencies, the video then accuses the Labour MP of being responsible for the downfall of former Mayor of London Ken Livingstone.

In 2016, during a row that sparked the Labour antisemitism crisis, Livingstone was asked about social media posts by Shah on Israel, for which she later apologised.

Livingstone appeared on BBC Radio London and said he had never heard anyone in the Labour Party say anything antisemitic.

He then infamously said: “When Hitler won his election in 1932 his policy then was that Jews should be moved to Israel. He was supporting Zionism before he went mad and ended up killing six million Jews.”

Addressing Livingstone’s subsequent resignation from Labour, Mughal alleges in the video: “Does the community know that Labour lost a precious leader, Sir Ken Livingstone only because of you.

“He was an asset.. the voice of the Labour Party. He had to concede his seat because of you.

“It will remember that you supported Keir Starmer who supports Zionists and is the biggest supporter of Israel and you are his supporter.”

In May 2015, Shah had famously become the MP for Bradford West after defeating Galloway, who was elected to serve the seat in 2012. 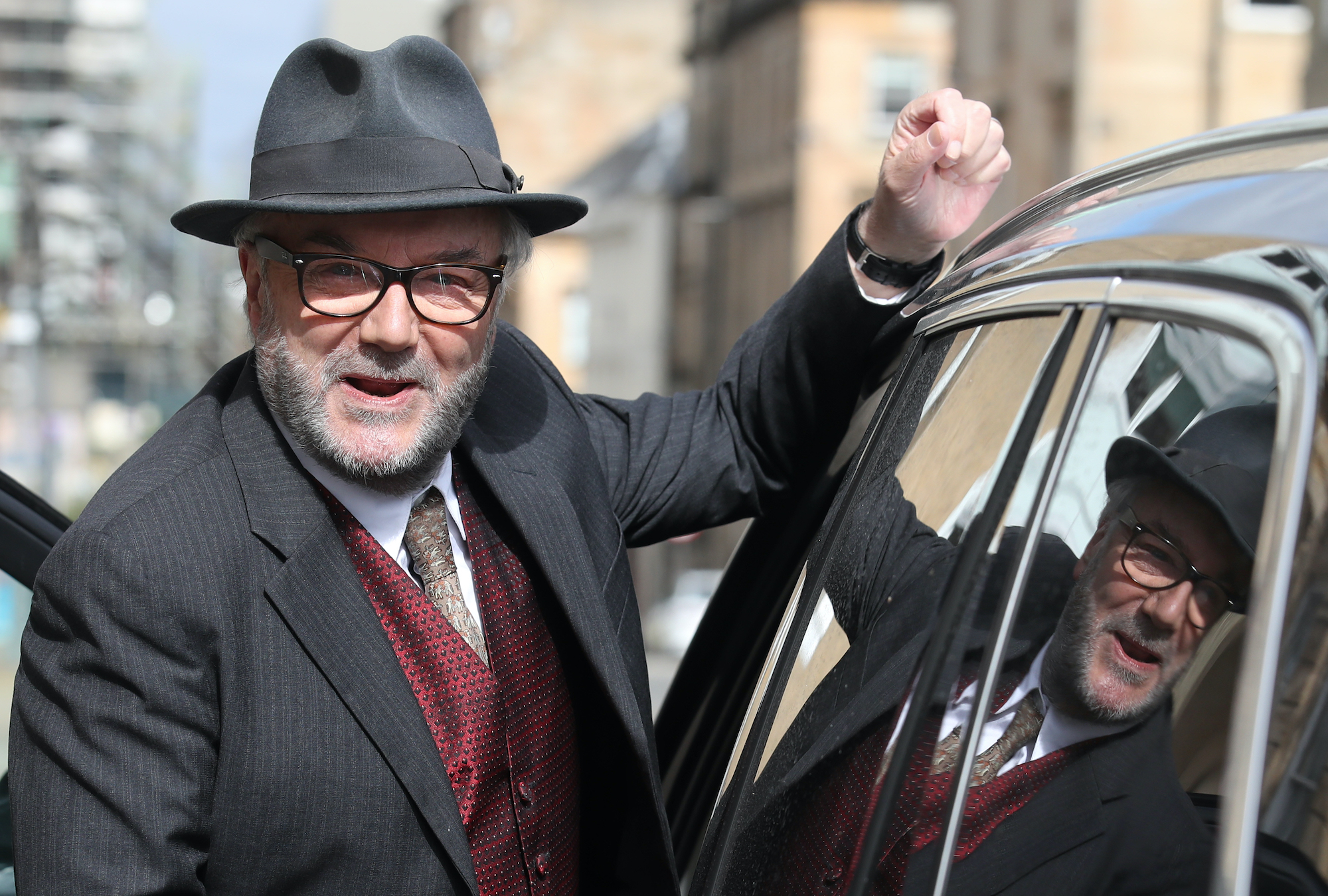 In parliament, Shah has been an outspoken critic of Israel, but for Galloway and his supporters she has never been forgiven for defeating him in Bradford.

After Galloway announced he was standing in Batley and Spen as the Workers Party candidate, Shah had recorded a video which appealed to local Muslims to consider his past record as an MP, and which expressed support for Labour candidate Kim Leadbeater.

The by-election campaign has been dogged by bitter in-fighting, and claims that Galloway and his supporters have attempted to exploit the issue of Palestine and claims that Starmer is a “Zionist’ to win over Muslim voters who previously voted Labour.

Leadbeater has also faced allegations related to her sexuality. 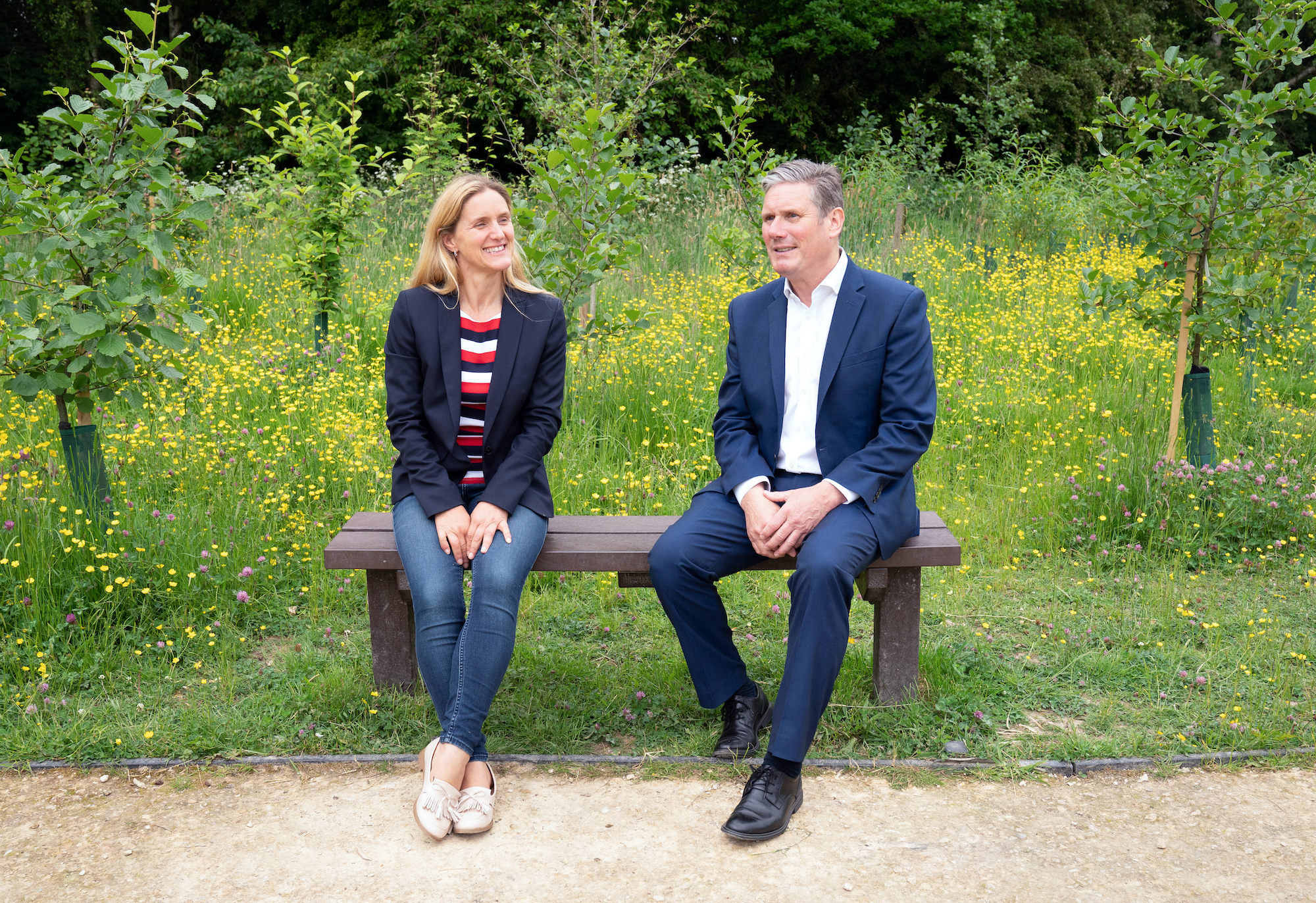 Labour Leader Keir Starmer and Labour candidate Kim Leadbeater during a visit to the Jo Cox Community Wood in Liversedge while on the campaign trail ahead of the Batley and Spen by-election.

Responding further to allegations in the video, including the claim Shah is indirectly supporting “barbarism” against innocent Palestinians, Mughal later told Jewish News: “It is barbarism to attack innocent people.

“I am journalist myself and I know what it right and wrong. It is very normal for a journalist to face the cases in professional life. I am not worried about that.”

Asked about his claims that Starmer was the “biggest supporter of Zionism”, Mughal said that it a newspaper interview the Labour leader had said he supported Zionism “without any qualification.”

He added: “A Jewish newspaper has said that as well.”

Commenting further on the video, Mughal said his views were those of “every person who loves human beings.”

He then added: “It is not about those people who think they are the chosen people of God, who kill innocent people and homeless people.”

Asked why he referred to “chosen people”, Mughal said: “You know very well who the chosen people are who kill innocent people.”

Mughal then suggested he had not attacked Shah in his video but “those people who support Israel.”

Asked about his claim she was “poking her nose” into the Batley and Spen by-election he said: “You don’t understand.”

He then added: “We lost a great leader because of her – Ken Livingstone.”

Mughal then attacked what he said was the “Zionist media” for “spreading false news in this country.”

Jewish News has also approached the Labour Party and Shah for comment.

A spokesperson for Galloway attempted to distance the anti-Zionist campaigner from the video claiming he had neither seen it or approved its release.