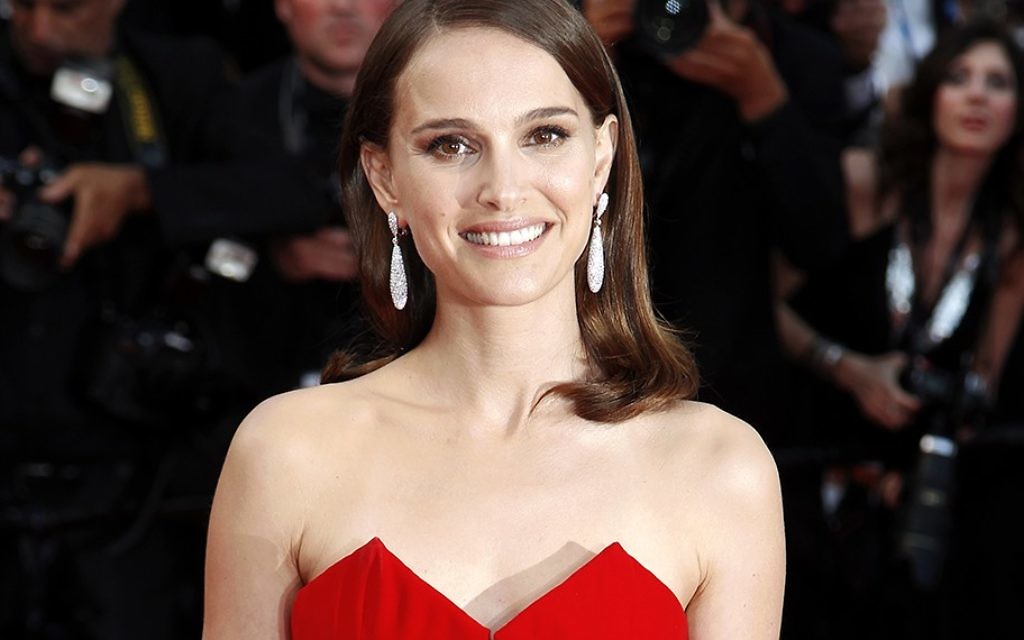 American-Israeli actress Natalie Portman tells Karen Anne Overton about returning to the country of her birth for her directorial debut, A Tale of Love and Darkness

Natalie Portman has never been your average Hollywood starlet: always articulate and uncompromising with her vision and her art, she famously scaled back her blockbuster film career to attend Harvard University.

Before earning her degree in philosophy, she told The New York Post: “I don’t care if [college] ruins my career. I’d rather be smart than a movie star.”

Fortunately for Portman, she can be both. Now aged 34, she is finally unveiling her directorial debut and unsurprisingly it is ambitious, intelligent and rooted firmly in her Jewish heritage.

Based on renowned Israeli writer Amos Oz’s autobiography A Tale of Love and Darkness, it paints a sympathetic and authentic portrait of the turbulent early years of the Israeli state.

The book has been translated into nearly 30 languages including Arabic and is considered a seminal novel in Israel. It traces the birth of the nation and the timeline of the Israeli-Palestinian conflict. A Tale of Love and Darkness was screened at Cannes earlier this year to critical acclaim and a UK release date is in the pipeline.

In the film, performed in Hebrew, Portman plays Amos’ young mother Fania, a devout and sophisticated woman deeply troubled by the horrors she witnessed in Poland during the Holocaust. “I first read the book seven years ago and since then I’ve wanted to turn it into a film,” Portman explains. “I didn’t feel confident enough or ready to direct it back then. But around the time I turned 30 I thought I should go ahead and do it.”

Despite her lack of confidence, there is nothing in the film that suggests a novice director. It is subtle and visually rich, and while it is well known that Oz is an advocate of the two-state solution, Portman makes it clear the film ‘isn’t political’.

She adds: “It’s really the story of a family and the changing dynamics of that family as it relates to the evolution of Israel.”

Portman’s unbreakable bond to her birthplace is evident, although she admits her Israel is worlds apart from the author’s: “I was lucky to be born in Israel in a very different time and in much better conditions. But there were still many similarities between my own family history and that of Amos Oz.”

She adds: “I felt deeply proud and interested in portraying the life of a woman who is both an immigrant and a mother struggling to define her identity in this new land and new world she becomes part of. “That process was a very inspiring one for me and I tried to enter into her thinking and perspective based on that experience.”

Portman met her now-husband, French dancer and choreographer Benjamin Millepied, who is in the process of converting to Judaism, on the set of Black Swan. They have a son, four-year-old Aleph, and live in Paris. As part of her research, Portman was lucky enough to spend time with the author, saying: “I had many meetings and we discussed adapting his book. “He was generous and eager for me to go ahead. I’m a great admirer of his. His political and philosophical positions have had a major influence on me and he is well known in Israel as an advocate of the two-state solution.”

With A Tale of Love And Darkness co-star Amir Tessler

In adapting the book for the big screen, Portman also took the decision to keep to the original language of the text. She explains: “The way Oz uses language is very important in the book, so the only way to bring that out in a film was to shoot it in Hebrew. It’s also the language of my childhood and it was a challenge for me to find myself speaking Hebrew in a film and having to think in the language again.”

Portman confesses she needed to work hard not to sound American.

But while her East Coast accent may suggest otherwise, it’s clear the heart of this talented actress is forever in Jerusalem.