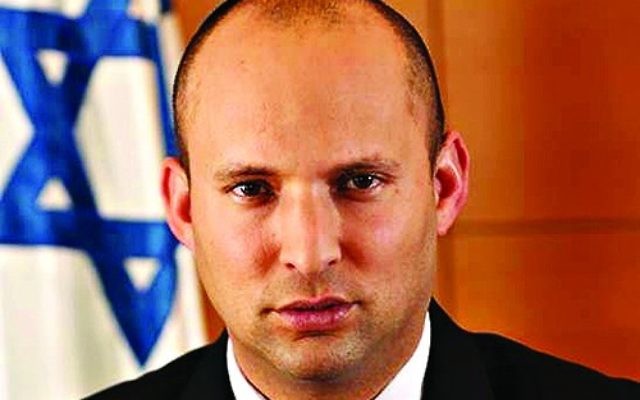 In a significant move, Israel and the United States have set up a joint team at the national security adviser level to contain Iran, Prime Minister Naftali Bennett told U.S. Jewish leaders in a Rosh Hashanah call.

Bennett and his predecessor Benjamin Netanyahu have vehemently opposed negotiating a deal with Iran to contain its nuclear program. But in his first meeting with Bennett last week, President Joe Biden looked to appease Israel’s fears by signalling an openness to using a military option to contain Iran.

Bennett in the call Friday morning with the Conference of Presidents of Major American Jewish Organisations said the joint team arose out of those talks he had last week at the White House with Biden and other senior officials.

“The immediate follow-up was to form a joint team based on the joint objectives of rolling Iran back into their box and preventing Iran from ever being able to break out a nuclear weapon,” Bennett said. “We set up a joint team with our national security advisor and America’s, and we’re working very hard, and the cooperation is great.”

Bennett reiterated that he opposes the United States’ reentry into the Iran nuclear deal, also known as the Joint Comprehensive Plan of Action, but added that he was not going to allow Biden’s plans for reentry define his relationship with the president.

“Instead of fighting all day on the JCPOA — and I want to make clear, I oppose the JCPOA … but I understand where America stands,” he said. “Our strategy does not depend on ‘Yes or no JCPOA.’ And in any case, the president was very clear about he won’t accept Iran going nuclear now or in the future.”

Netanyahu aggressively opposed the Iran policies of the Obama administration and its entry into the Iran deal in 2015, when Biden was vice president, creating distrust between the two governments. Netanyahu was also instrumental in persuading former President Donald Trump to quit the Iran deal in 2018. Biden wants back in because he sees it as the best means of keeping Iran from obtaining a nuclear weapon.

A key strategy of the new Israeli government, Bennett said, was reestablishing relations with Democrats after years of tensions under Netanyahu.

“We got such a warm reception,” he said of his meeting last week. The governments will disagree in areas, he said, but “the good spirit means we’re going to be mensches with each other.” Biden sounded a similar note in a Rosh Hashanah call Thursday with rabbis, calling Bennett a “gentleman.”

Bennett said he presented a strategy to Biden of confronting Iran by building a regional alliance to keep Iran from going nuclear and to roll back its influence in the area, which Israel and Sunni Arab states see as malign.

He said his was a long-term strategy, and he appeared to discount the prospect of a strike on Iran, as Netanyahu had contemplated in 2010. He likened Israel and the United States’ posture with Iran to the Cold War.

“America never had to bomb Moscow,” he said. “It’s not a one-off, it’s a campaign of a thousand cuts. It’s got to be systematic, ongoing and multidimensional.”

Bennett said he did not expect any military intervention in Iran from the United States, but he did expect its backing in helping Israel build a regional coalition to contain Iran.

Bennett also on the call reiterated his position on advancing the Israeli-Palestinian peace process, saying that he would not annex territory but would also not freeze building in the West Bank settlements. His tenuous government, made up of parties across the political spectrum, would not sustain drastic moves in either direction, he said.

Bennett’s defence minister, Benny Gantz, recently met with Mahmoud Abbas, the Palestinian Authority president, a stark change from the absence of interactions in recent years under Netanyahu. Bennett said he would not meet with Abbas as long as he was bringing charges against Israelis in the International Criminal Court and as long as the Palestinian Authority continued to subsidise families of terrorists who killed Israelis.