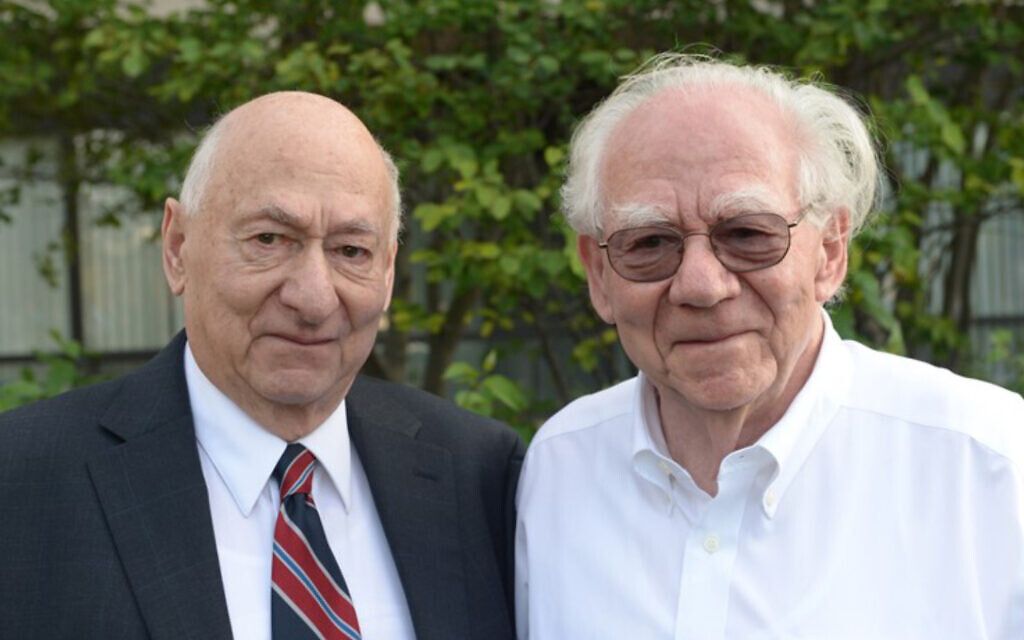 Peter Somogyi, left, and his brother, Thomas, right were effectively saved from the gas chambers after their mother surrendered them to the infamous Angel of Death, Josef Mengele. Credit: Pen News/Somogyi family)

When Peter Somogyi arrived at Auschwitz in July 1944, his mother made an unlikely choice that would save his life – she surrendered him to the infamous Angel of Death, Josef Mengele.

Peter and his twin brother, Thomas, had spent three miserable days in a cattle car with their mother, Erzsebet, and their sister, Alice, riding the rails to the death camp.

He recalled: “They threw us out of the cattle car, I saw a lot of German soldiers with guns drawn, and I saw the prisoners and guards already.

“And that’s when we lined up, along came Mengele asking for twins, behind him were two other soldiers.

Born into a Jewish family in Pecs, Hungary, the twins spent the early war years safe from the Nazi’s worst excesses, thanks to an uneasy alliance between Hitler and Hungarian regent Miklós Horthy.

The ten-year-old twins were even protected from tidings of war by their parents.

“The only thing I knew about it was from reading a little bit of the newspaper,” said Peter. “It was a little bit beyond my comprehension.”

But life changed overnight when the alliance collapsed and the Nazis occupied Hungary in March 1944.

“First of all, my father, Josef, was immediately taken away,” Mr Somogyi said. “Within a month we had to go into a ghetto, and within two or three months we were put into cattle cars and sent to Auschwitz.” 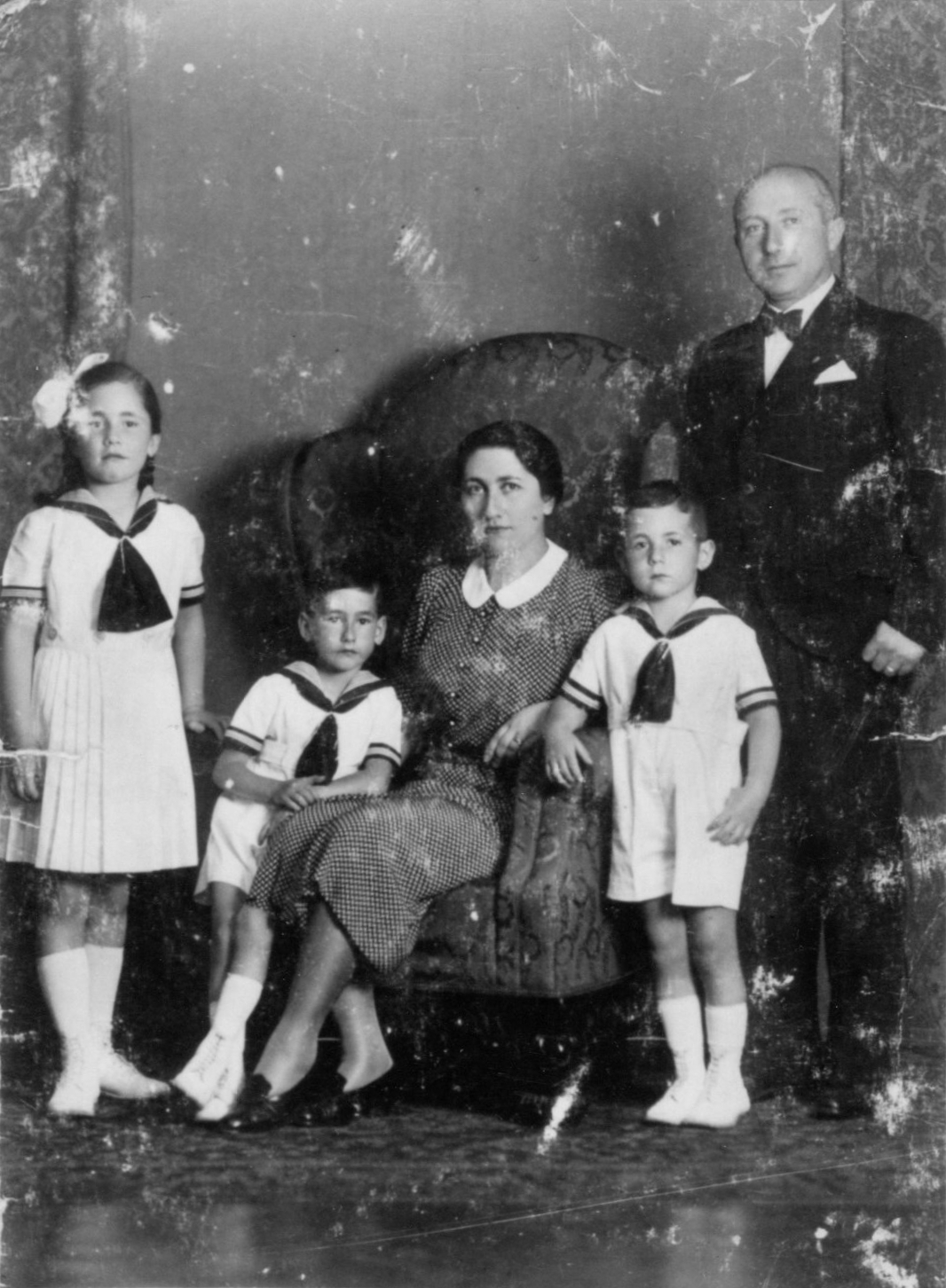 Peter, centre-left, with his family, including his mother, Erzsebet, and sister, Alice, both of whom were killed at Auschwitz. Credit: Pen News/Somogyi family

Less than an hour after the boys were separated from their mother, Peter learned that they had seen her – and their sister – for the last time.

“The two soldiers behind Mengele grabbed us, put us into an ambulance and drove us into F-Lager in Birkenau,” said Peter.

“Mengele put one of the older twins, Zvi Spiegel, in charge of the twins.

“And the first thing I asked him was ‘when can I see my mother?’

“And he said ‘look outside over there at the chimneys’ and he said ‘that’s where your mother is.’

“Immediately I knew, I would never see her again.” 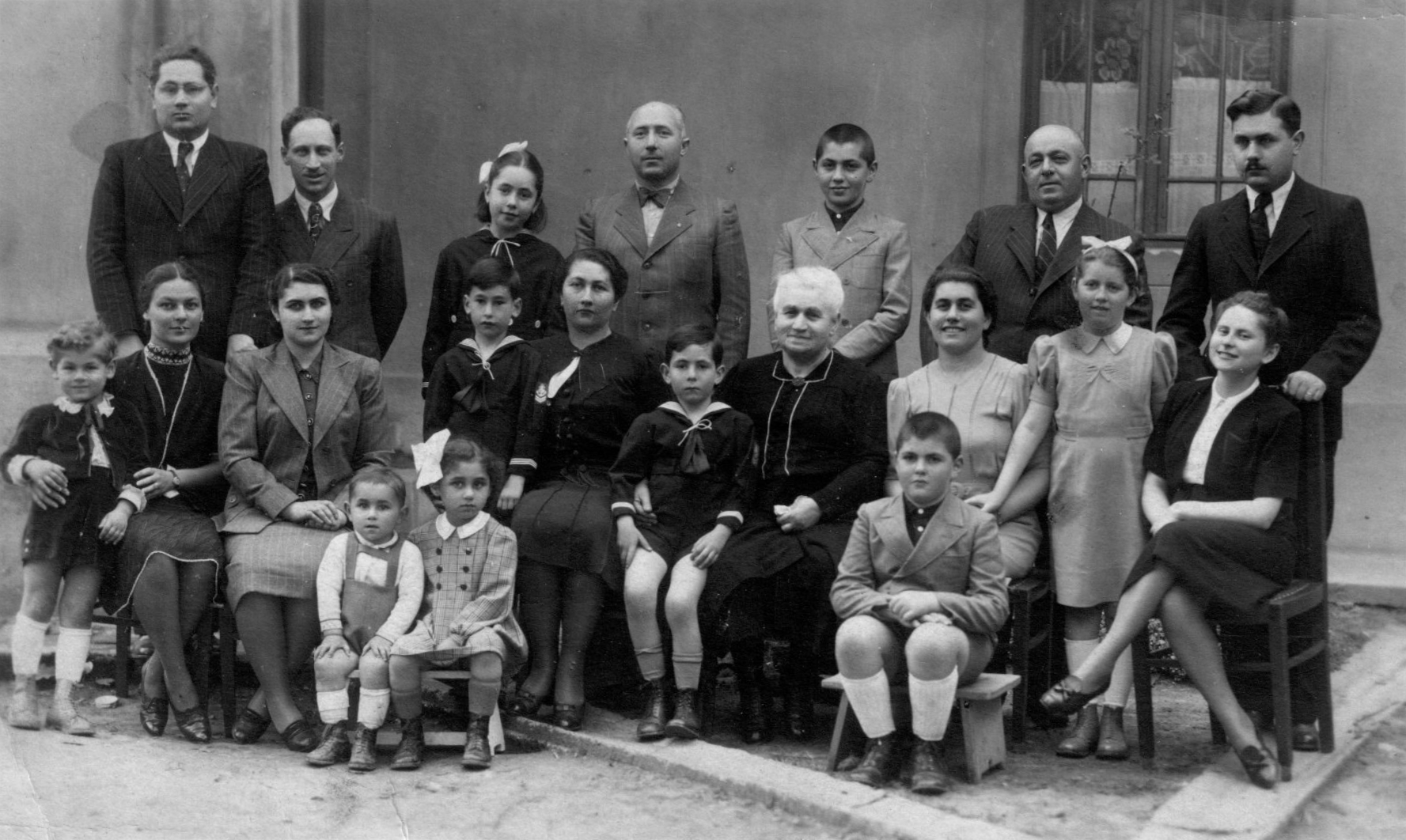 Photo shows the wider Somogyi family. Of those pictured, the only survivors were Peter and Thomas (in black, centre), their father (standing behind them) and their uncle (standing, far left). Credit: Pen News/Somogyi family

Mengele was nicknamed the Angel of Death because of his role at Auschwitz deciding which new arrivals would be killed immediately and which would be kept alive to work.

But he’s perhaps most notorious for his deadly experiments on prisoners – unnecessarily amputating their limbs and injecting them with disease.

Some witnesses described him performing vivisection without anaesthesia and even sewing people together.

Twins were his favourite test subjects. Peter and Thomas were lucky, however.

They arrived at Auschwitz late in the war and were mostly subject to blood tests and having their measurements taken. 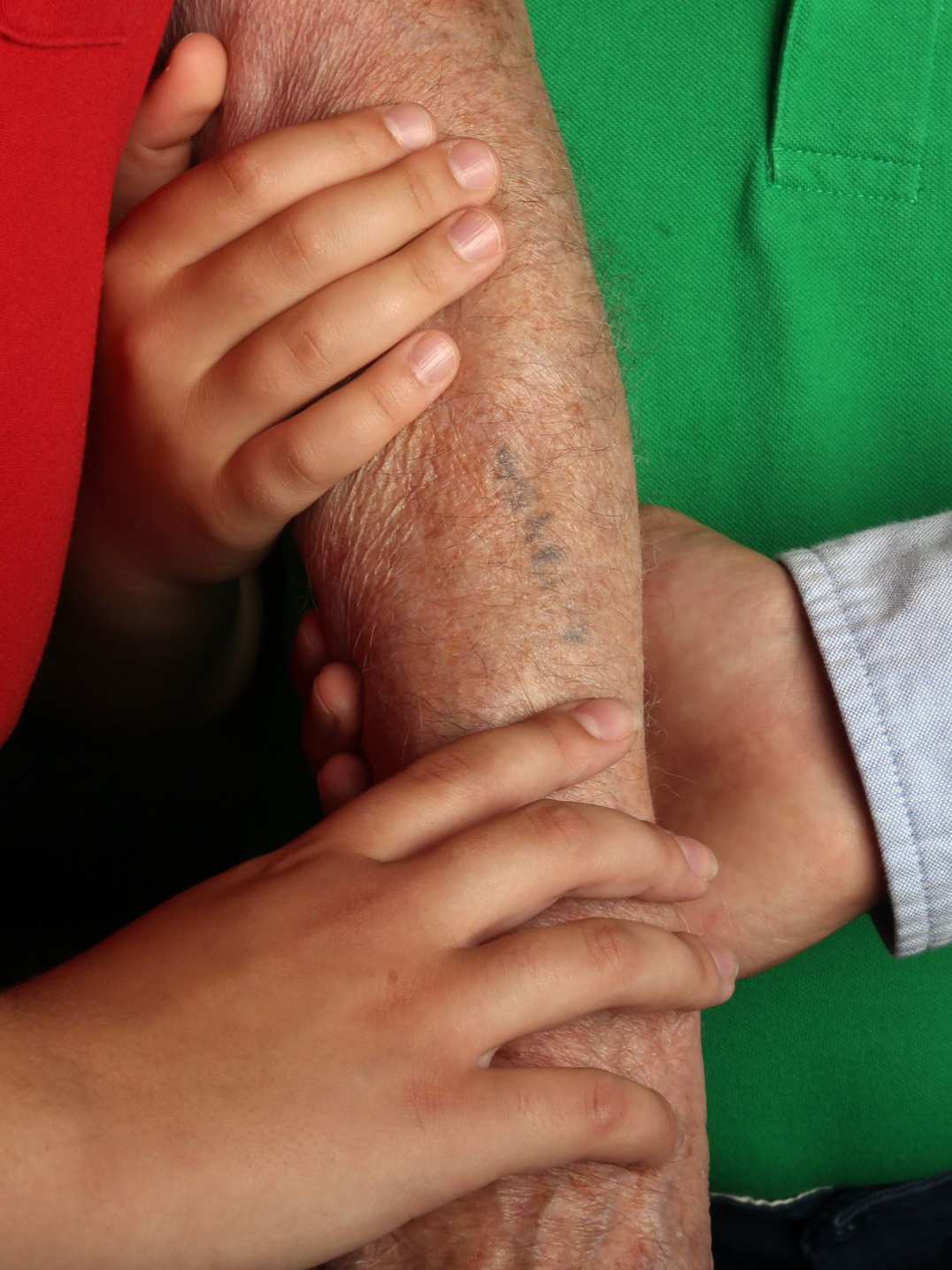 Before they were parted, Erzsebet had advised the boys, then 11, to pretend they were only nine, hoping that their younger age would see the family kept together.

Mengele was intrigued by boys so young being so big, and also appreciated that they spoke German – a language they had learnt from their nanny.

“I was a very lucky one,” said Peter.

“We didn’t have the bad experiments that Mengele did at the beginning, but measuring the face, measuring our size, blood-taking, and mostly measuring every part of the body.”

However, though they were alive, they were far from safe. 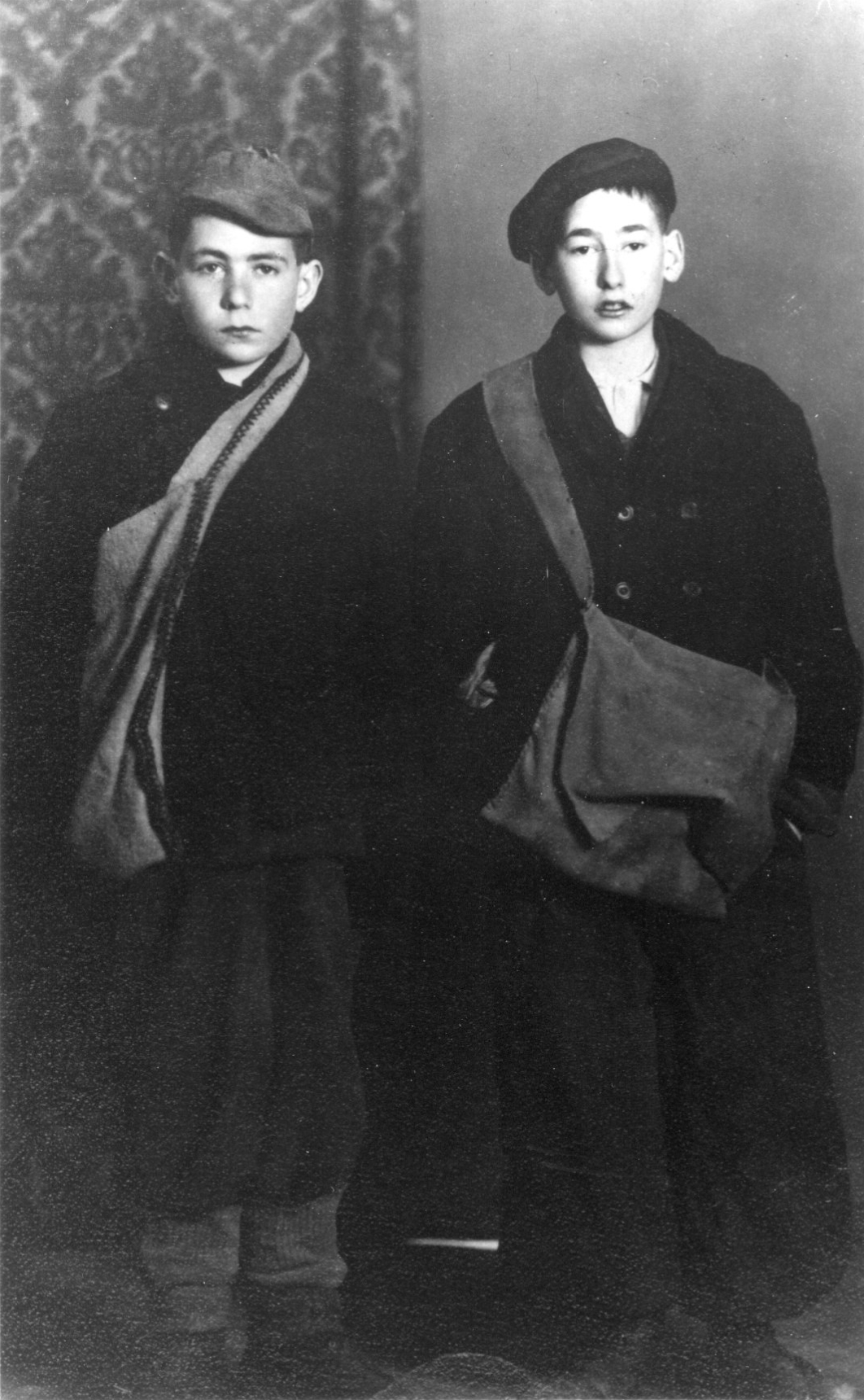 “Every night I went hungry,” said Peter. “It was just enough food to keep us alive. We were not starving but I was constantly hungry.”

He continued: “One day, I think it was mid-October, another Nazi officer came around and they did a selection.

“They selected us, and we were locked into another room, and waited for a truck to take us to the gas chamber.

“Except Mengele got wind of it and says ‘no, I will decide when these people will die’.”

Mr Somogyi heard the other officer was sent to the Russian front as punishment. Today, Peter – now 88 years old – is certain he wouldn’t have survived if he wasn’t a twin.

“My mother, my sister, my grandmother, all my cousins – they were all in the same cattle car. They all perished within an hour. I would have also if I wouldn’t have been a twin.”

But he’s emphatic that Mengele isn’t the reason for his survival.

“He was extremely polite. But you know, behind his politeness was the murders,” said Peter.

“He didn’t save my life. He just kept me alive for his own purpose.”

When Auschwitz was liberated, the twins began their long journey home.

“I don’t know how I survived, really I don’t remember. After liberation we went to Krakow, and every day we walked from house to house, knocked on the door and asked for a slice of bread.”

It took three days to reach Auschwitz from Pecs, but the return journey took two-and-a-half months.

Peter estimates that there were once a thousand Jewish children in the town, yet only themselves and one other returned.

However, they were not the only survivors in their family.

Peter said: “My father survived Dachau and, at first, he didn’t want to come back because he thought that everybody was dead. Somehow he found out that his twin boys survived.”

The twins never spoke with their father about their experiences, nor he with them about his.

But none of them were beaten by their ordeal.

Each of them made new lives for themselves, escaping communist Hungary in 1949 with the help of a Zionist organisation and settling in Israel.

From there, they moved to Surrey, England, staying for two years before moving to north America.

Josef Somogyi remarried in 1947 and lived to be 105, dying in 2003. Peter married a fellow Holocaust survivor, Anna, and today the couple have a son and a daughter, four grandchildren and one great-grandchild.

Thomas also married and has three children and five grandchildren.

They still see each other when they can. Both continue to tell their story, hoping that the memory of the past can prevent history repeating itself.

“I hope it never happens again, that’s all I have to say,” said Peter. “It should never happen again.”

Mengele escaped to Argentina in 1949 and lived out his days in South America.

He drowned aged 67 in 1979. He was never prosecuted for his crimes.