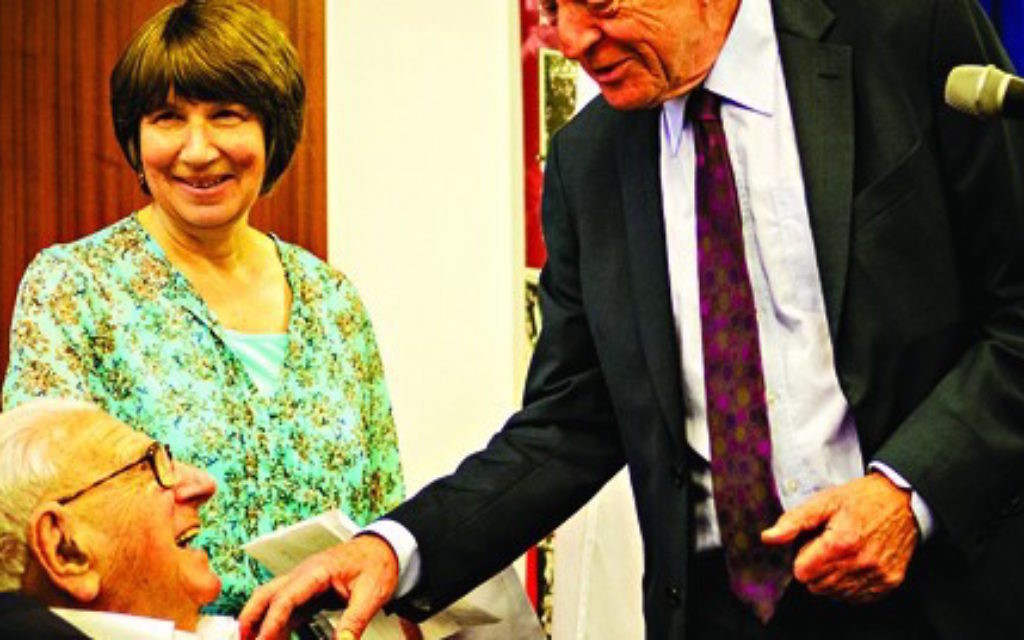 Since last Wednesday when my father died, our family has started the long process of coming to terms with our loss.

Though, due to his age, it had seemed at times inevitable it would happen soon, we had also gone through so many close shaves followed by slow recovery that we had almost come to believe he’d go on indefinitely.

Well, reality struck last week and since then emotions and memories have flooded in, alongside an outpouring of condolences and love from people all over the world.

From 1988 when the story of the Czech kindertransport became public, people often asked my brother and I if we minded sharing Nicky with so many others who considered him an honorary father. The answer was: “No”. We were used to it already.

Throughout our lives Nicky nurtured a wide range of friends both near and far, who would appear regularly to claim his attention.

He taught us to be open to everyone, to receive them generously and enjoy the new perspectives their different views and attitudes on life and the world brought us.

Thus his Czech “children” who arrived at our door after learning of his part in their history just became new additions to his already expanded clan.

Nicky left behind all belief in God and religion in his late 20s.

The impending world war saw to that. But what developed in its place, what had already been taking deep root, was a fundamental love of humanity in all its hues and forms.

His whole being was focused on people – forming close relationships, helping those who he felt he could do something for and arguing for social equality and justice for all.

Perhaps I am giving too rosy a picture of this man, who could be at times so focused on a particular venture that he would not always notice the happenings closer to home.

We never saw him as a saint but as someone always brimming with projects and causes and who could frequently be away on a fact-finding trip or visit to friends abroad.

Despite that, his love for his family was never in doubt and his home life was the bedrock of his happiness. He made that clear.

I believe his legacy comprises principally the more than 6,000 people alive today who are the descendants of those he rescued, but it also includes the example he set of undertaking ethical and compassionate enterprises throughout his life. Above all he was a man of action, who demonstrated his beliefs and emotions through deeds rather than words.