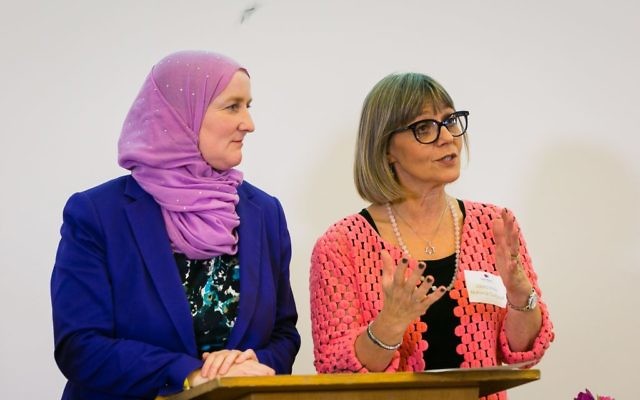 Jewish and Muslim women have pledged to “stand together and fight bigotry and hatred” and fight the problem of “mistrust, suspicion and open hostility” between the two communities.

More than two hundred women attended the inaugural conference of Nisa-Nashim, the National Jewish Muslim Women’s Network, held at the University of Westminster at the weekend.

Co-founder Laura Marks, who also set up Mitzvah Day and is a former Board of Deputies senior vice president, said it was “time for a new approach” in bridging divisions between Jews and Muslims.

She said: “Traditionally, we have been told that Jews and Muslims don’t get on. There is mistrust, suspicion and, at worst, open hostility.

“We are deeply aware that with 3million Muslims in Britain and 300,000 Jews, most Muslims will never have met a Jew and most Jews will only have had fleeting acquaintances with Muslims. 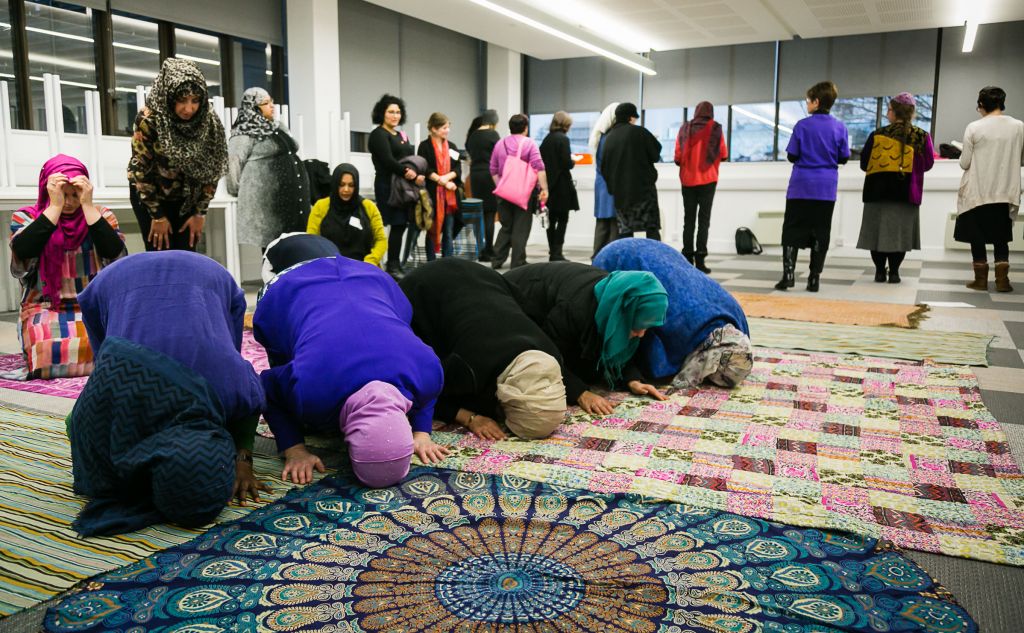 Muslim and Jewish women in prayer during the conference
(Picture credit: Yakir Zur)

“But Jews and Muslims are so alike – especially our women. Our fixation on family first, our traditions, way of dressing, our rules on charity and on what we eat, and our scriptures are very similar.

“It’s time for a new approach, a fresh approach and a female approach. We believe, the first step is building friendships.”

Julie Siddiqi, who also co-founded Nisa-Nashim and is a former executive director of the Islamic Society of Britain, added: “Anti-Muslim hatred is very real, as is anti-Semitism. We need to stand together and fight the common enemy of bigotry and hatred. As a Muslim I need to be standing in solidarity with my Jewish cousins.

“We also need to be brave and call out prejudice in our own communities, in our families, online. We mustn’t turn a blind eye.”

Meanwhile keynote speaker Reverend Hudson-Wilkin, chaplain to the speaker of the House of Commons and to the Queen, said the establishment of Nisa-Nashim had “given birth to a new possibility of real peace.” 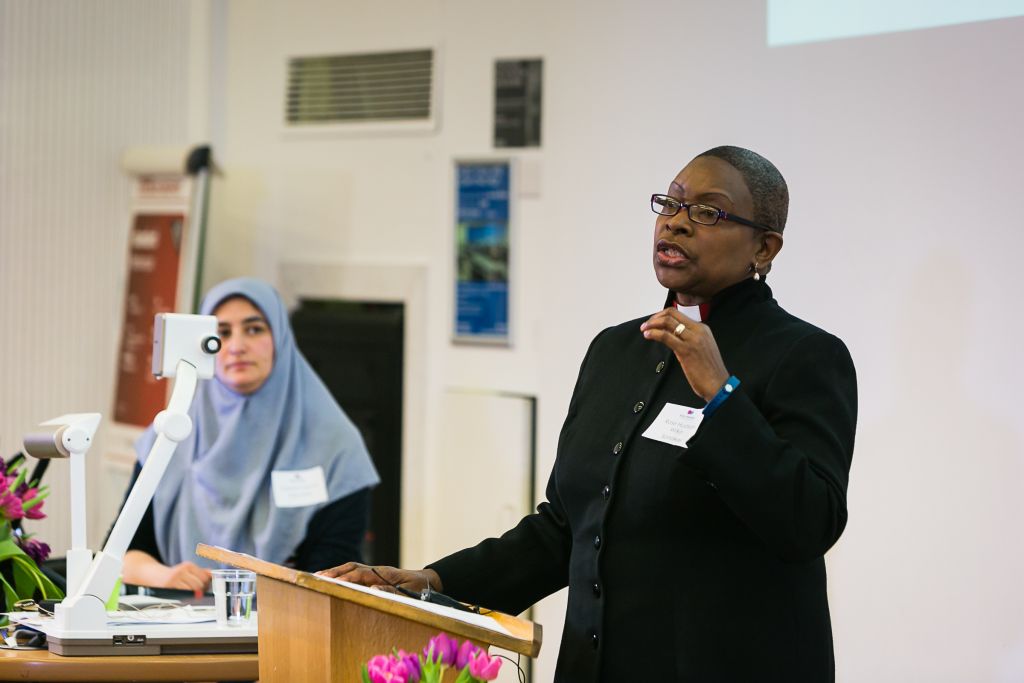 She said: “Today I am among women who believe in change. Women who are determined to be the change they want to see, women with a cause, a purpose, that is not self-seeking but rather a purpose of making a difference.

“Your very presence here today, is saying: ‘I am my brother’s keeper, I am my sister’s keeper.’

She concluded: “Generations in the past have seen powerful men in suits, and sometimes in uniform and clerical garments, setting the agenda of how we should live.

“By your very presence, you are challenging that narrative out there which tells you that you have nothing in common, that says you are poles apart. Let this become a worldwide movement that affirms all that we have in common.” 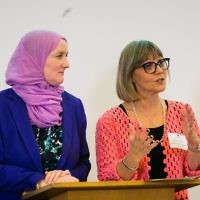 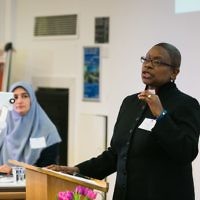 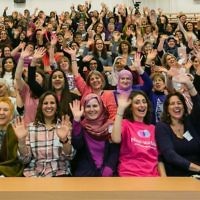 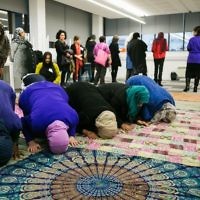 Muslim and Jewish women in prayer during the conference (Picture credit: Yakir Zur)