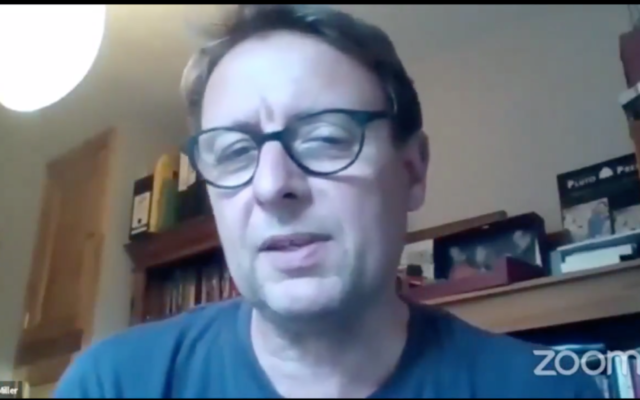 Politicians have written to the University of Bristol accusing it of not taking necessary action against anti-Jewish racism, after a controversial professor was reportedly admitted back to campus.

Professor David Miller, a sociology lecturer, is under investigation by bosses at the top university after labelling its Jewish Society pawns of Israel and calling for an end to Zionism.

Despite the ongoing probe and widespread outcry, Miller is reportedly back on campus, prompting calls from MPs for him to be suspended.

In a letter to the university today, the All-Party Parliamentary Group against Antisemitism told Bristol’s vice-chancellor it was “inconceivable” if Miller was not suspended during the investigation.

“Jewish students on your campus have made clear their feelings about the environment fostered by his remarks,” states the letter.

“While higher education institutions are rightly independent, you are demonstrating through your inaction and poor decisions that Bristol should not be considered a safe space.

“You are not acting in a consistent manner, in relation to how you have dealt with previous cases, and Jewish students will rightly be concerned about the ability of Bristol University to ensure their welfare.”

The Union of Jewish Students (UJS) had previously called for Miller to be suspended as the probe is ongoing, saying the university needed to act to prevent “further harassment” of students.

It is the third time that the APPG on Antisemitism has written to Bristol’s senior leadership team following the Miller furore. The matter has also been raised in the House of Commons.

Jewish News has contacted the University of Bristol for comment.

It has previously declined to provide comment on the professor’s working role or on the status of the internal investigation, citing “legal reasons”.

Its last statement in March said: “We recognise that this matter has caused deep concern for some members of our community, and also that people hold very different views on the issues raised.

“The university has offered support to both students and staff who have been affected by it.”