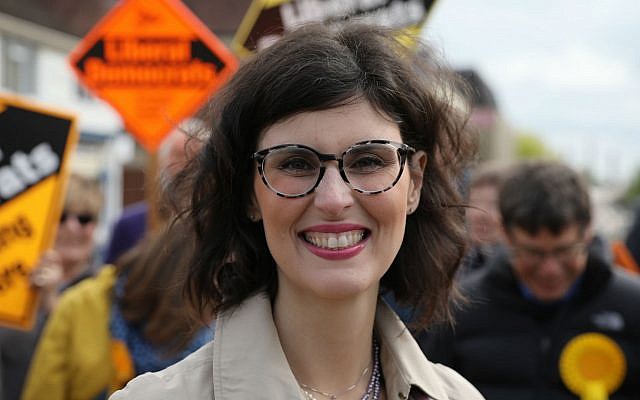 Layla Moran on the campaign trail

The MP Layla Moran has read the out names of some of the children killed this week in the escalating conflict between Israel and the Palestinians telling the House of Commons: “My heart breaks for them.”

The Liberal Democrats’ foreign affairs spokesperson used an urgent question to ministers to condemn the actions of “extremists” who had “attacked worshippers at the al-Aqsa mosque on the holiest night of Ramadan.”

The parliamentarian, whose mother is Palestinian, added: “My heart bleeds for Palestine, for Jerusalem, the city of my family… and for all innocent civilians, Israeli and Palestinian.

“We cannot allow this to escalate any further.”

Moran accused the Israeli government of “pursuing evictions in Sheikh Jarrah that would be illegal under international humanitarian law including the fourth Geneva Convention.”

The Oxford MP also said the “overly aggressive reaction of the Israeli authorities that injured hundreds has ignited a tinder-box. ”

But she added:” Hamas then retaliated and those strikes must be condemned too because violence only begets more violence.”

Foreign Office Minister James Cleverley said the government is working to encourage an end to the conflict. pic.twitter.com/gYIVOKBgZ8

Middle East Minister James Cleverly responded by saying it was “in everybody’s interest” to encourage an end to violence and conflict which “does nobody good.”

“We all feel the deepest condolences for everyone who has lost children,” he said.

The minister added: “The rocket attacks coming from Gaza cannot be justified and we call on them to cease immediately as part of that de-escalation.”

Labour shadow minister Wayne David said he had been “appalled by what I have seen in Gaza, Jerusalem and Israel.”

He then added Labour strongly condemned the “indiscriminate firing” of thousands of missiles by Hamas – while also condemning the killing of civilians by Israel.

The 30-minute-long debate that followed was notable for the number of Conservative and Labour MPs who cited Israel’s actions at the al-Aqsa mosque and the evictions in East Jerusalem as the main spark for the current surge of violence that has seen dozens killed.

Richard Graham, the Tory MP for Gloucester said the “images during Ramadan of the Israeli forces effectively attacking the al Aqsa Mosque” had deeply shocked “many” around the country.

He added that whilst Hamas missile launches were “completely indefensible” it was clear that the “major cause for the increased discontent is the number of illegal evictions from Sheik Jarrah.”

Crispin Blunt MP, a long-term critic of Israel, said the mounting clashes had seen a “disproportionate response by the occupiers to violence by the occupied” and “decades of the violation of the fourth Geneva convention.”

Steve Baker, the Tory MP for Wycombe, asked what was being done by the UK government to ensure that Israel “to guarantee freedom of worship for Muslims at the al-Aqsa mosque.”

He claimed the “silence of the international community was deafening” over the cause of the Palestinians.

Cleverly said he “did not recognise” such a scenario.

Andy Slaughter, Labour’s Hammersmith MP, accused Israel of “war crimes” and then attempted to compare the situation with the Uyghurs in China to that of the Palestinians.

It was Stephen Crabb, the Conservative Friends of Israel chair, who mounted one of the most staunch defences of Israel telling the Commons Hamas had built up a “terror state right under the noses of the international community.”

Ian Paisley, the DUP North Antrim, recalled how in 2018 he had witnessed first had the “horror of a Hamas rocket.”

He said Hamas “will not negotiate with Israel because they want to murder Israelis and they want to obliterate Israel off the map of the world.”

Paisley said the Palestinian people needed to “free themselves from the grip of Hamas.”