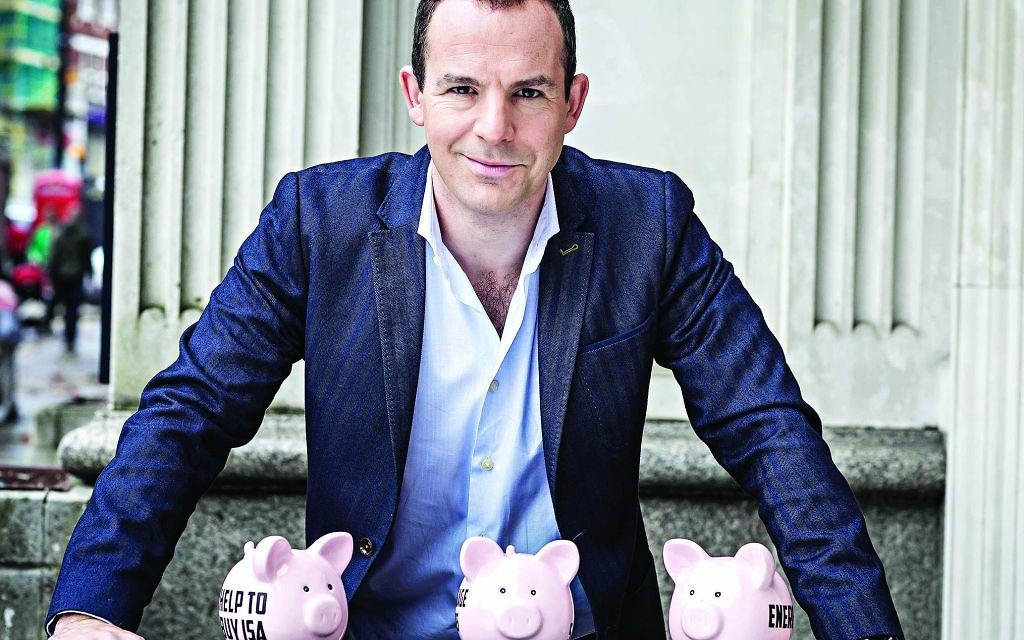 In 2003, Lewis founded the hugely popular website, Money Saving Expert, with just £100 to pay a web designer. Today, the site attracts more than 15 million people monthly, while 11 million are signed up for his Martin’s Money Tips email.

As for the return on his initial investment, Lewis sold the website in 2012 to MoneySuperMarket.com for a healthy sum exceeding £80 million and remains its executive chairman. He also pledged to donate a large chunk of his wealth to charitable causes.

The charismatic 44-year-old mensch also fronts The Martin Lewis Money Show alongside Saira Khan, which has just returned for a new series and aims to “deal with real problems affecting real people”.

Lewis, who has the enviable ability to crunch numbers in his head without missing a blink, adds: “The show does what it says on the tin – I help you to find ways to cut your bills without changing your lifestyle.”

Over the years, he claims to have helped people save £17m on energy bills and advises them on everything from credits and benefits to the latest bargains on the high street.

The more than 10m templated letters that have been downloaded from his website also suggest Lewis has been a driving force behind people reclaiming bank charges, PPI and council tax.

“Thanks to me, £10billion has been reclaimed from PPI, but the truth is banks prefer me to claims management firms,” he quips.

“The truth is companies love and hate me. If I’m backing one of their products as a best buy, then they love me because just having that label will help to shift their product.

“One of the things I always say to companies is at least they know where they stand – I may smack you around the face, but it’s always with a straight bat. I’m always consistent.”

In many respects, Lewis is a campaigning journalist who has not only managed to get the nation listening, but also forces large corporates, banks and energy firms to sit up and take notice. Yet it wasn’t always this way – in fact Lewis acknowledges his status as a money guru so nearly didn’t happen.

“Whether by good luck or fluke, somehow this turned into a career,” says Lewis, who was awarded an OBE in 2014 for services to consumer rights and charitable services.

Born in Manchester in 1972, his father served as headteacher of Delamere Forest, a Jewish special needs school, which he says inspired him to appreciate everything he had been given in life.

With interests in maths and politics, Lewis went on to study government and law at the London School of Economics, and then broadcast journalism at Cardiff University.

Lewis landed a job at the BBC to work in its business unit and later moved to Sky’s programme, Simply Money, where the idea for Money Saving Expert began to take root.

“I’m a maths boy and a political boy, so I invented a job around what I’m good at,” Lewis tells me.

“I sat down and worked everything out on spreadsheets and that’s how I came to know which were the best deals to go for.”

But the plug was pulled on the channel in 2001. “I almost quit when I didn’t succeed at first,” reveals Lewis. “I just couldn’t get anyone to hear the message.”

All was not lost, however, and, before long, Lewis was offered a column in the Sunday Express, followed by his big break on This Morning. Producers loved his no-nonsense approach to saving money and he has not looked
back since.

Lewis, who has a five-year-old daughter, Sapphire, with his wife, television presenter Lara Lewington, marvels at just how popular consumer shows have become.

“In many ways, I invented the genre,” he laughs. “Just look at how many shows on television are all about saving money!”

That said, he is keen to stress that his show empowers people and shows them not to be afraid of tacking financial problems.

“The big difference between what I do and a show like Watchdog is that I tell you how
to do it yourself. The vast majority of people won’t be saved by a television show, but they can learn how to take on these issues themselves.”