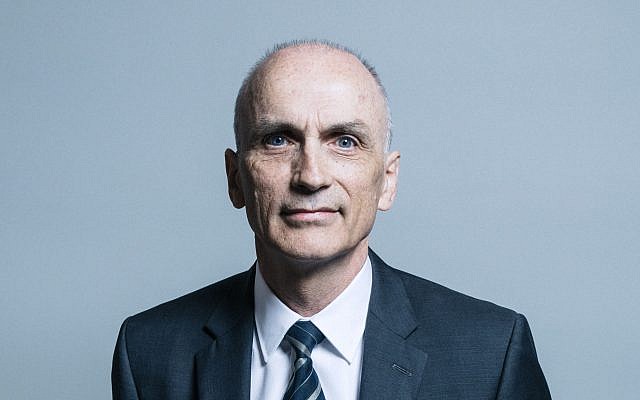 Williamson was expected to meet local members of the Jeremy Corbyn-supporting group in Harlow at 7.30pm at the Essex Skipper pub and discuss austerity and monetary policy, as first reported by Your Harlow.

However, after complaints from Local Conservative MP Robert Halfon and communal figures the left-wing group has withdrawn its support.

Taking to Facebook, Momentum Harlow wrote: “In light of discussions with our Labour and Momentum comrades over the last few days, and in the interests of party unity, Harlow Momentum has decided to withdraw its support for the planned anti-austerity event with Chris Williamson on June 7th. This follows a democratic vote at our meeting last night (3rd June).”

“We fully support Jennie Formby and Jeremy Corbyn’s efforts to reform and improve the Party’s processes, and will respect those efforts as the suspension and investigation run their course.”

“It was categorically not our intention to cause offence, rather to draw attention to important issues around the never-ending austerity that has impacted the lives of so many.”

In a statement, Harlow Labour Party said the event had been organised by a “very small number of individuals” without the branch’s approval.

“We understand that the organisation of this event may have caused concern and alarm among the Jewish community in Harlow and more widely,” the group said.

“However, this event was organised by a small group of individuals without the endorsement or authority of the Harlow Labour Party.

“We do not support or endorse Chris Williamson’s stance on antisemitism and condemn the comments that led to his suspension from the Party.”

After the event came to light, Halfon said: “It is incredibly sad that Harlow Momentum, of which the Labour Parliamentary Candidate is a member, have invited such a controversial figure to Harlow.