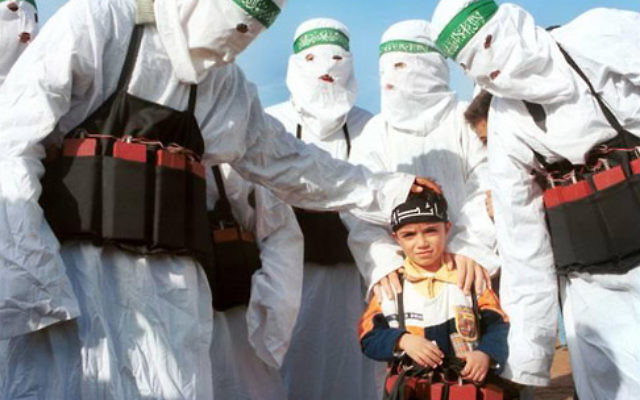 Hamas terrorists surround a child dressed as a suicide bomber.

Momentum has been accused of “pathetic playground posturing” after claiming the “Labour right” is backing a call for “a catastrophic military intervention in Palestine” to overthrow the jihadi terror group Hamas.

An email circulated to supporters of the hard-left organisation ahead of this month’s Labour Party conference insists Momentum needs to raise £30,000 in funds to “compete with the mega-donors of the Labour right.”

The Team Momentum email appeals for donations from supporters after citing an alleged call by the pro-Keir Starmer Labour First group to oust Hamas by mililary force.

Momentum claim:”At this year’s Labour conference, right-wing faction Labour First are backing a motion which not only rejects the peaceful BDS movement, but also calls for the removal of the Government in Gaza.

“Let’s be clear; this policy is not possible without a catastrophic military intervention in Palestine. ”

The Momentum circular included a quote from the Palestine Solidarity Campaign stating the motion “calls for a recognition of the legitimacy of Zionism while ignoring the reality that for Palestinians, Zionism has meant an ongoing process of ethnic cleansing designed to ensure that the state has and maintains a Jewish majority.” 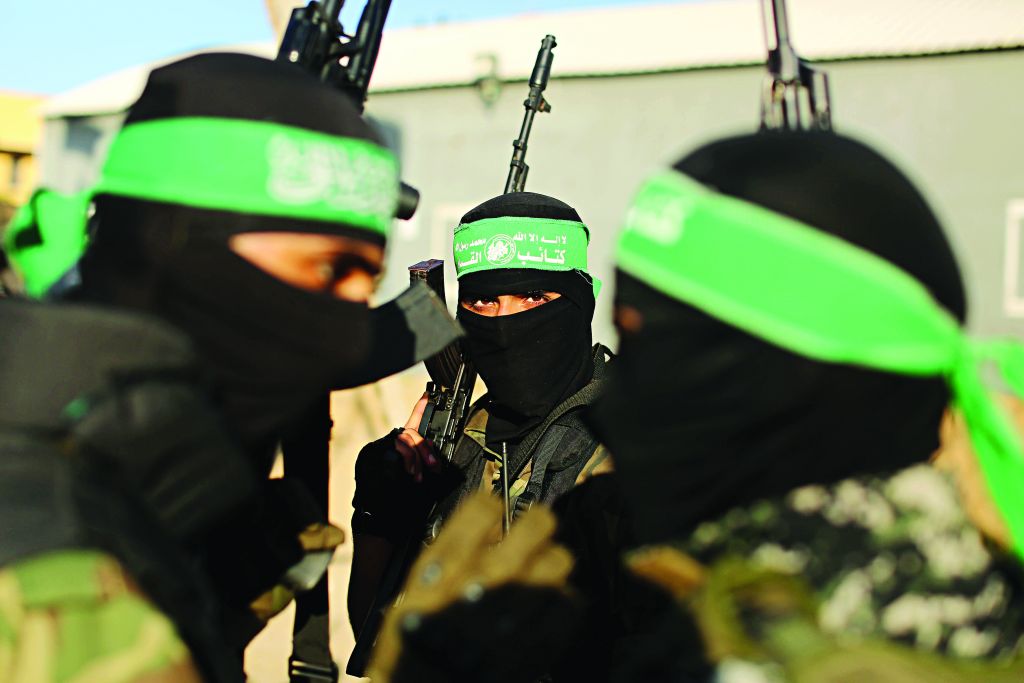 Hamas in the Gaza Strip.

Team Momentum continued:” If we want to beat ideas like this on the conference floor and in wider society, we need to build a socialist movement that has real power both within the Labour Party and beyond it.

But Jewish News has obtained a copy of a model conference motion, which is being backed by groups including Labour Friends of Israel along with Labour To Win,  titled “Two-State Solution” – and it bears little resemblence to the claims made of it by Momentum.

Expressing “solidarity” with the Israeli Labour and Meretz parties, as well as Fatah, the motion calls for free and democratic elections in the Palestinian Auithority and Gaza.

It then calls for “terrorist groups. Hamas and Islamic Jihad” to be disarmed and removed from power “in return for massive investment to improve life for citizens of Gaza”.

There is no suggestion of any intervention from NATO or any other military force to achieve this goal.

The motion calls for conference to recognise “the right to national self-determination and liberation of both the Jewish and Palestinian peoples and recognises the legitimacy of both Zionism and the Palestinian national movement. ”

It adds:”Conference condemns all acts of terrorism unequivocally.”

After being alerted to the Momentum email, Luke Akehurst, Labour First’s director said:”I’m disgusted that Momentum  would approach an issue as serious as Labour policy towards Israel and Palestine by deliberately misrepresenting our position, which is ‘pro-peace’, in a way that is designed to be inflammatory.”

He accused Momentum of “outright anti-Zionism and denial of Jewish rights to self-determination which is in breach of the IHRA definition” and added that he was outraged that “they are seeking to exploit this issue as a fund-raising initiative.”

“It’s pathetic. We need grown up politics about serious international issues – not playground posturing and appeals to the extremes.”

Labour sources believe the hard-left are attempting to force the issue of Israel and Palestine onto the floor at party conference to help further their claims that the party under Starmer has moved towards a pro-Zionist position.

Asked to comment on the Momentum email Michael Rubin, director of Labour Friends of Israel, told Jewish News:“The hard-left have learnt absolutely nothing from the last five years.

“They continue to obsesss about the world’s only Jewish state and oppose any effort to rebuild Labour’s relationship with the Jewish community.

“Anyone who is serious about peace in the Middle East would support this position.”

Earliet this week Young Labour – who have previously posted inflammatory social media messages calling for  support of the Palestinians “from the river to sea” – attempted to suggest that the Palestinan Solidarity Campaign had been banned from holding fringe events at this year’s Labour conference.

The PSC themselves were forced to deny the claim.