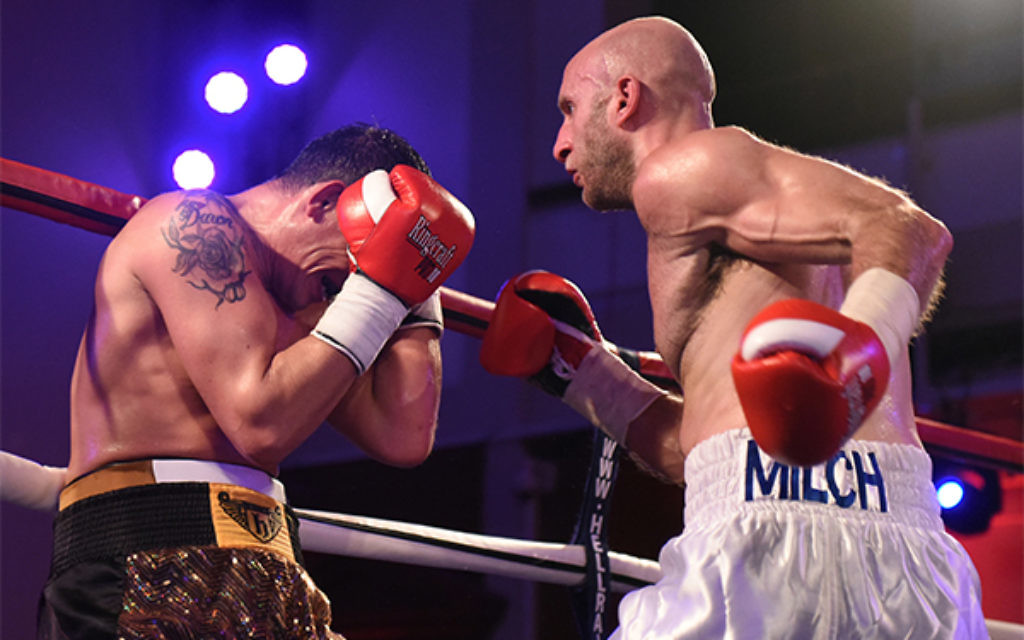 Tony Milch maintained his 100 percent winning start to his professional career after he beat Kevin McCauley on points to claim his ninth straight win.

Up against a much more experienced opponent – taking part in his 127th fight – Milch secured the win 58-56 on points and was delighted with his performance.

He’s experienced and knows every trick in the book. It was a good test because he’s fought a lot of champions on their way up and at this stage of my career, that’s the type of fight I wanted. It’s experience and you only get it with someone who’s had that amount of fights.”

Happy with how the fight panned out, he said: “I felt in control, comfortable and composed, it was the most relaxed I’ve felt in any fight. I was looking for a knock out, but it wasn’t the be all and end all. He was durable and what I didn’t want to do was have a tear up, I picked my punches well, the jab was working well, I didn’t want to make silly mistakes. I didn’t want to go into the fight like a headless chicken, but wanted to put in a more mature performance. He can make people look stupid if you approach a fight like that.”

Saying how the win gives him the belief to now push on in 2016 and push for a title belt, he said: “The win gives me a lot of confidence and to know even the small things, the clinches, to be settled in the ring with someone who’s fought that much, the fight taught me a lot.

“Being involved in my second six-round fight has made me more prepared for going up to 10 or 12 round fights. The fact I went the distance is better, even if not getting a KO, shows that I’m fit enough to do the six, you can do all the training in the world, but until you’ve done the rounds you don’t know. At the end of the sixth round, I felt I had much more in the tank and could easily have done a couple of more.”

Now looking ahead to next year and what he hopes to achieve, he says: “I’d like to be out again in February, March time, and 2016 has been mentioned as the year when I’ll be going out to win titles. It’s been a good two-and-a-half years to get the nine fights under my belt, I’ve had broken hands and other stuff along the way, but I’ve kept going. Nine’s a big achievement, and now I want to go on to 10, 11, 12 and then title fights.”