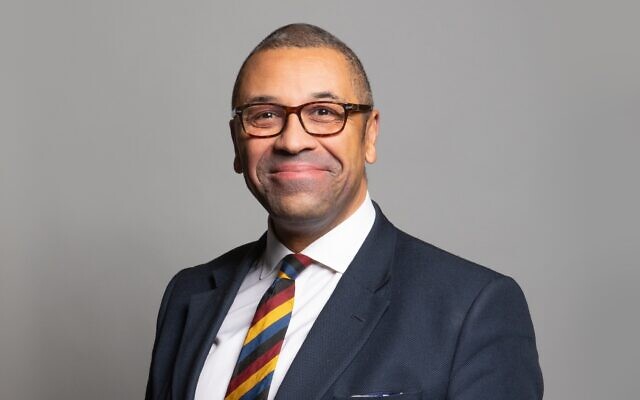 Middle East Minister James Cleverly has warned MPs that Iran’s nuclear programme is ‘sadly, more advanced and worrying than it has perhaps ever been.”

Speaking at a Westminster Hall debate, secured by MP Stephen Crabb, the minister outlined why the government is “so focused” on negotiating a deal that returns Iran to full compliance with the JCPOA (Joint Comprehensive Plan of Action).

Cleverly said it was “impossible to overstate the severity of Iran’s actions” over the past two years, as it ignored commitments to the plan.

“Between 2015 and 2019, the joint comprehensive plan of action demonstrated that it could deliver results,” he said.

“For the UK and the international community, it restricted Iran’s nuclear programme to civilian use and supported the global non-proliferation system. For Iran, phased sanctions relief offered a more prosperous future for its people.”

But now, warned Cleverly, Iran continues to ignore its commitments and “continues to upgrade its nuclear capability, permanently and irreversibly.”

The International Atomic Energy Agency, the UN’s nuclear watchdog, had, he said, verified Iran’s actions and had concluded that its nuclear programme is more advanced and worrying than ever before.

Cleverly added:”There has never been a clearer imperative to halt the nuclear escalation and for Iran to return to the JCPOA commitments.

“The diplomatic door remains—currently—open, but Iran must urgently return to talks in Vienna and engage in good faith.

“We remain committed to delivering a successful deal. A restored deal could also pave the way for further discussions on regional and security concerns, including in support of the non-proliferation regime.”

Crabb, Conservative Friends of Israel’s parliamentary chair, made immediate reference to Sir David Amess, the Tory MP for Southend West as he spoke.

He said: “Sir David was clear-sighted about the true nature of the Iranian regime and its malign influence throughout the Middle East.

“In his speech last year, he spoke about Iranian terror activities in the region and here in Europe, and he warned of Iran’s ballistic missile programme and uranium enrichment activity.

“When it came to Iran, Sir David was simply someone who got it. Yes, he was hopeful, and almost romantically he longed for positive change for the Iranian people, but make no mistake: he was hard-head and clear-sighted about the immediate threats and challenges posed by Iran, and the need for strong countermeasures.”

Robert Halfon, the Tory MP for Harlow, observed that over recent years “terrorism, particularly around the Middle East, has got worse, funded and sponsored by Iran.”

His colleague Christian Wakeford said: “We should proscribe every single group linked with (Iran’s) Revolutionary Guard, including the political wing of Hamas.”

Crabb added it was not just Israel but numerous other countries throughout the region who “live in fear of an Iranian regime armed with nuclear weapons.”

“How many more innocent British citizens does Iran have to imprison before our Government start to call out the hostage taking for what it is and take action in response?,” she asked.

“How many more years does my constituent have to be imprisoned before we change how we deal with Iran, including over the JCPOA, and pay the debt that we owe them? ”

Labour’s Steve McCabe, chair of the Labour Friends of Israel group, said:”I have always been sceptical about the JCPOA because I feared that the Iranian regime could not be trusted to comply.

“Reluctantly, I came to accept the view that at its best it might buy a decade in which we could hope to slow Iran’s potential for developing a nuclear weapon, while the search for a better political alignment across the middle east could be pursued.”

He added:”We are now in a position where Iran says it wants to resume talks on the JCPOA, but appears to be doing everything it can to prevent any real progress while continuing its nuclear weapons programme. ”