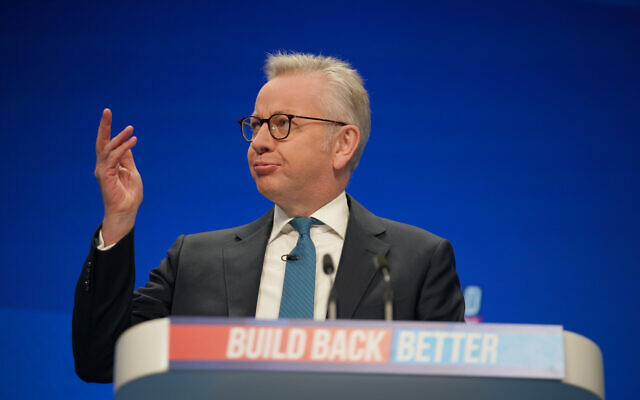 Michael Gove has claimed that the Labour Party that elected Jeremy Corbyn is the “same party” that elected its current leader.

The new communities secretary said it was “undoubtably the case that Sir Keir Starmer has sought to efface some of the memory of Corbyn”, and that the “core Corbynite team are marginalised and unhappy”.

But he said Starmer had not emerged from last week’s Labour Conference having had the “confrontation with identity politics it needs to have before it moves back into the mainstream.”

Asked whether Labour has now changed, Gove said he would “leave that for others to decide.”

Gove, who was moved into his new role – which also the task of pursuing the government’s Levelling Up strategy – by Boris Johnson earlier this month, said he “did not get the sense” that  Labour is in sympathy with the real concerns of working people again.

Speaking at a Policy Exchange fringe event, at which he promote his new book Broken Heartlands, Gove said he believed the public’s full realisation of what Corbyn actually stood for did not actually happen until after the 2017 general election.

“In 2017 people had less of a sense of who Jeremy Corbyn actually was”, reasoned Gove.

“Some of the things that were said about Corbyn just seemed incredible.

“If you were inside, you knew he had been a supporter of Irish republicanism. his views on security and defence, and on how his views on the Middle East translated into his view on fighting antisemitism at home.”

Gove said in 2017 it seemed “untrue” that a Labour leader and possible prime minister could hold such views “just years after Tony Blair was Labour leader.”

But he said that by 2019 “the evidence was there” including the way Corbyn “grotesquely manhandled the need to protect Jewish members of his own party.”

Gove warned that Blue Labour supporters such as pro-Brexit campaigner Paul Embery remain as isolated in the Labour Party now as Corbyn was in the 1990s.

He said the “preoccupations” of Labour were often set by pressure groups who represented the ideas of university lecturers and “low level circulation” newspapers.

Gove said it is “possible for Labour to recover and reconnect” by only after the obsession with identity politics was properly confronted.