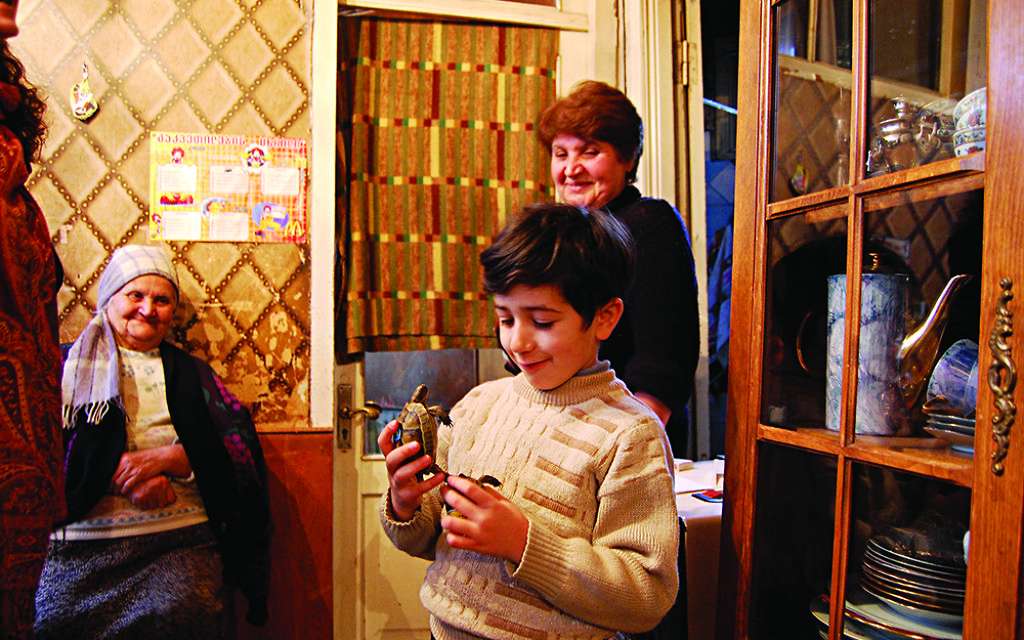 The Stalin Museum is one of the most popular tourist attractions in Georgia. As you’re escorted round, a stern Georgian lady recites in perfect English Stalin’s litany of achievements and great successes, skirting swiftly over certain inconvenient historical details like purges and mass killings.

Georgia’s most famous son, “Uncle Joe” is revered by many older Georgians as the strong leader who defeated Hitler and fascism.

His face adorns everything, from supermarkets to trinkets in the local market.

It’s only in more recent times that a more nuanced view of Stalin can be articulated and the museum nods gently towards this progress with a room, albeit tiny, commemorating all of those who died at the dictator’s brutal hand.

In many ways, that dichotomy between old and new, communism and capitalism and the struggle between Soviet times and modernity is symptomatic of Georgia as a whole and the Jewish community in particular.

Natela Sepiashvili is 66 but looks many years older. She is one of Georgia’s estimated 3,000 Jews and remembers communist times fondly.

“It was a simpler existence back then,” she says. “There wasn’t the modern need to make choices and the difficulties that come with that. We were free.”

Natela moved from the Georgian countryside to Tbilisi, the capital, in 1970. She was just 17. There she met and married Mikhail and had three children: Nino, Natia and Maia.

Since then the Jewish community has shrunk. “Many have died, gone abroad or made Aliyah,” Natela explains. “What was once a community of 150,000 has now shrunk to a few thousand.”

Yet the main Sephardi synagogue in Tbilisi is a huge, grand affair. Two synagogues sit one on top of the other, the main one for everyday use downstairs and the special High Holiday shul above it.

“It reminds me of the oldest Jewish joke of the guy who washes up on the desert island and builds himself two shuls – ‘one I use, the other I never set foot in’,” Natela says.

In the past few years, Natela and Mikhail have lived a sedentary life, like many older Jews in the former Soviet Union. “I spent years in bed,” she says. “That was my life, every day.”

Until recently, the idea of older people living a full and active existence was very much seen as a Western ideal to which few aspired. Across the former Soviet Union, older people are routinely discriminated against. Nobody fights for change. 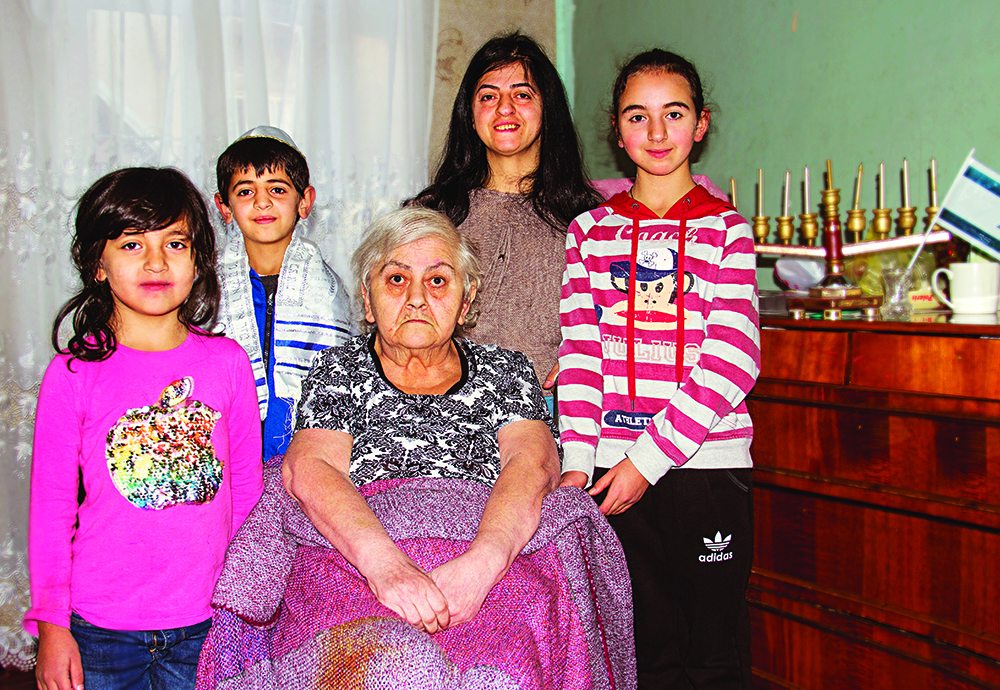 Older people are seen as a burden on the pension system, so little time or money is invested trying to improve their quality of life.

Natela and Mikhail’s pensions are a mere £58 per month in a city that houses Gucci, Prada and the like. World Jewish Relief’s programmes encourage older people to take charge of their lives. Focusing on empowerment has helped Natela to have a more positive outlook on life, she says.

“Before I got the support, life was basically impossible. But after I received food and medicine and was encouraged to exercise, I become more positive. I am also now connected to the local Jewish community which makes life worth living for me.”

World Jewish Relief provides both Natela and Mikhail with a food card that can be used in supermarkets. It looks like a regular bank card and gives them the independence to buy the food they want rather than the charity handing out food it thinks they want.

This might sound like a simple thing, but for many people in these parts the years of repression have led to a mentality of disempowerment and despondency.

It’s hard not to paint this little group’s story as one constant struggle. The reality for this Jewish family is that Natela’s daughter Nino has had a similarly difficult time.

“My Nino was born a conjoined twin,” explains Natela. “She spent her first five years in hospital. She left secondary school before graduating and worked at the textile mill to make money. She fell in love, married and gave up her career.”

However, an abusive five-year marriage ensued and she divorced in 2009. Nino’s family, including her three young children, Mariam, 13, Nikoloz, nine. and Natia, six, who she raises alone, receive almost nothing in the way of state support. As a child, Natia’s father was prone to drop her and her teeth fell out.

The family live in a dormitory, which is located in the abandoned building of the former hospital. It is only thanks to their connection with the Jewish community that the whole family can get by. Despite the difficult situation, Nino makes great efforts to assist in her children’s education and their well-being.

Older people in Georgia worry that their families will end up in the same situation that they find themselves in. That’s why it’s so important that Nino’s generation are given opportunities to get into work and support themselves and their children. Natela has high hopes for Nino and her grandchildren.

“It’s not easy for Nino with three children to support, but she is strong and with the support of the community, she will only get stronger. Family is the most important thing and we hold each other up. That’s what being Georgian means. That’s what being Jewish means.”