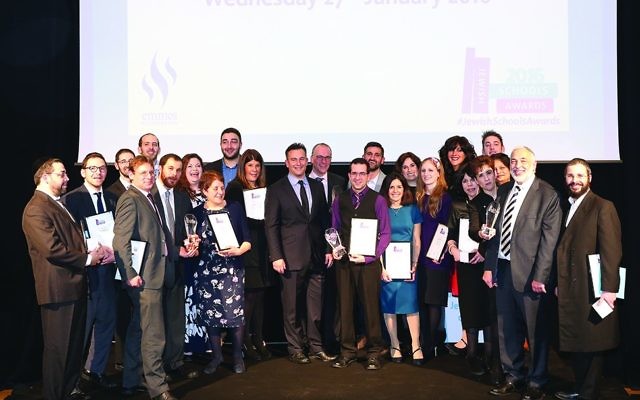 The finalists have now been chosen for the 2017 Jewish Schools Awards, with Barnet’s JCoSS leading the pack, with short-listed teachers in three of the four categories.

Winners of the awards, which are a joint initiative between Jewish News and Partnerships for Jewish Schools (PaJeS), will be announced at the JW3 community centre on 22 February.

Nine Jewish primary schools and seven Jewish secondary schools from across the country are represented in the hunt for the best deputy/assistant head, the best emerging teacher, the best Modern Hebrew teacher and the best special educational needs coordinator (SENCO).

Among the country’s Jewish primary schools, three had finalists in two categories, including Etz Chaim in Mill Hill, which opened in 2011, as well as Sacks Morasha in Finchley and Wolfson Hillel in Enfield.

Of the 24 finalists, three were men, including Justin Kett, who is assistant head-teacher and head of Kodesh at Sacks Morasha, as well as emerging teacher Dan Artman and SENCO Simon Bull, both at Hasmonean Boys.

This week Ferrer said: “Each of the remarkable individuals shortlisted in the Jewish Schools Awards demonstrate how faith schools can help, not hinder, academic success. That’s why Jewish parents are increasingly confident about choosing a religious education for their children.”