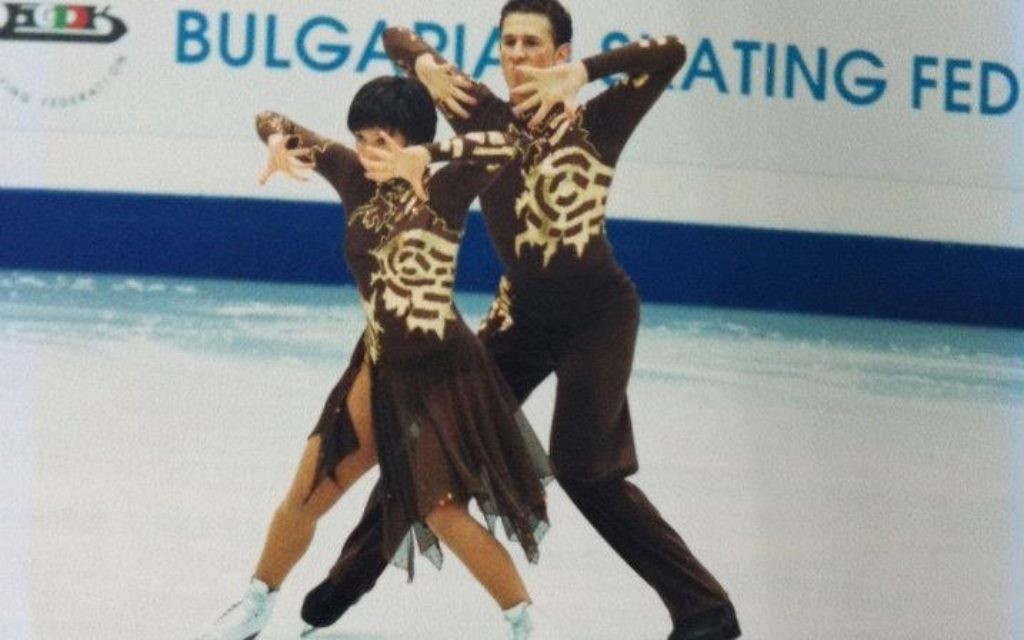 Seeing ice-skating idols Torvill and Dean is all in a day’s work for Dancing On Ice coach, Robert Burgerman, writes Francine Wolfisz.

As a young child, Robert Burgerman was simply mesmerised as he watched Jayne Torvill and Christopher Dean ice skate their way into the history books with their perfect Bolero routine at the 1984 Winter Olympics in Sarajevo.

Little could he predict that 30 years later, Robert would be looking back at his own success as a competitive ice skater – or that he would be working alongside the legendary pair as an assistant coach for ITV’s Dancing On Ice.

“Just thinking about it gives me chills,” admits the 34-year-old from Essex. “That for me is where it all began – seeing Torvill and Dean on the television – so it’s a very bizarre feeling. To have idols that you meet once or twice in your lifetime is a great experience that you cherish forever, but I have been working with them for nearly a year and you can’t really describe what that is like.”

Robert, a former British junior ice dance champion, first starting working with Dancing On Ice four years ago and describes it as an “honour” to be involved with the ninth and final series.

“I feel extremely honoured, privileged and proud for being invited into that very small circle. It’s only Jane, Chris, Karen [Barber], myself and one other who is involved in coaching with the programme.”

His own foray into ice skating began when he was just a 6 years-old pupil at Ilford Jewish Primary School.

“There was a girl I liked who used to ice skate, so I went along with her,” the married father-of-one muses.

While his friend decided to stop ice skating, for Robert it soon became apparent that not only was it something he loved, but that he had a natural flair for the sport.

But to reap the rewards, he knew there would be early starts, hours of practice and little time for socialising.

The South West Essex Reform Synagogue member explains: “That was the hardest thing. When you dedicate yourself to anything you have to make sacrifices and I sacrificed quite a bit growing up. I missed out on anything my friends were doing. I was up at 4 o’clock in the morning before school for practice and then after school I would come home, do my homework and had lights out by 8 o’clock. That was until the age of 17 and was six days a week.

“I guess I just loved what I doing and I enjoyed it. When I was 12, I made a conscious decision that as soon as it stopped being fun, I would bail out.”

Robert also reveals that his family, including his grandparents, parents and sister were “hugely supportive” of his passion. “Everyone had their role to play in helping me to succeed.”

Robert at the Junior world championships, 2001

During his competitive career, which stretched from 1986 to 2003, Robert regularly finished in the top three, earning him gold, silver and bronze medals.

Aged 11, he was chosen for the British International Squad and in 1998, alongside his partner Phillipa Towler-Green, he was included in the British Olympic Team.

The pair went on to be crowned British junior ice dance champions in 2000.

Aged 23, Robert decided to hang up his skates and instead dedicate himself to coaching youngsters at Lee Valley Ice Centre, where he still teaches today.

He has also since performed at Elton John’s White Tie and Tiara Ball and appeared as a contestant on BBC’s Strictly Ice Dancing, for which he partnered with Liberty X singer Jessica Taylor.

Speaking about his current role with Dancing On Ice, Robert tells me he has enjoyed working with the 14 celebrities and describes comedian Joe Pasquale, who exited in the first week, as “without a shadow of a doubt, one of the nicest guys you could possibly wish to meet.”

Robert with his wife Danielle and daughter Ava

Meanwhile, he says bookies’ favourite Ray Quinn is “very talented – and a nice boy as well.”

With the grand finale scheduled on March 9, Robert admits he will miss the series but is equally looking forward to spending time at home with his wife, Danielle and their two-year-old daughter, Ava.

“My wife has been absolutely amazing and extremely supportive, so it’ll be nice to have some family time.”

The ninth and final series of Dancing on Ice continues on Sunday, 6.15pm on ITV.