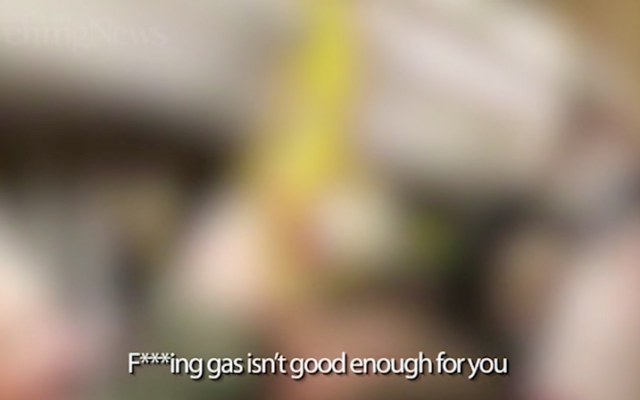 Greater Manchester Police are investigating reports of football fans singing anti-Semitic chants referring to gas chambers, ahead of a fixture against Tottenham Hotspur.

A video emerged of Manchester City supporters singing “F*** off you f****** y***. F****** gas isn’t good enough for ya”, ahead of a fixture between Manchester City and Tottenham Hotspur on the weekend.

One passenger told the Mirror, that two City fans next to him had also chanted “You’re getting gassed in the morning”, before adding he had reported the incident to the Greater Manchester Police.

Commenting on the report of this anti-Semitic behaviour, Former Football Association Director and current Chief Executive of the Jewfish Leadership Council Simon Johnson said: “I am immensely disappointed that, yet again, a minority of supporters of a football club choose to engage in anti-Semitic chanting.

It is incumbent upon all clubs, and the football authorities, to take extra measures to prevent this from happening and rapidly identify the culprits.”

The incident has been criticised by Jonathan Arkush, the president of the Board of Deputies of British Jews, the national representative organisation of the UK Jewish community.

“Sick racist chanting has been an enduring part of the football scene in this country for far too long now,” he said in a statement released to Press Association Sport.

“It is a criminal offence. The perpetrators should be arrested and feel the full force of the law.”

A spokesman for City has said the club “strongly condemns the use of any anti-Semitic language” and would be cooperating with any investigation into the matter.

Police have said they are investigating the incident.

”We believe those involved were heading for the football match between Manchester City and Tottenham on Saturday, January 21 2017.

”This has yet to be formally reported to police however we have now launched an investigation and we are treating this as a hate crime.

”We would like to speak to anyone who witnessed the incident or has video footage to contact police as soon as possible.

”There is no place in society for such abhorrent behaviour and we will not tolerate hate crime of any sort in Greater Manchester.”

The game ended as a 2-2 draw as goals from Dele Alli and Son Heung-min earned Spurs a point after City surrendered a two-goal lead, given to them by Leroy Sane and Kevin De Bruyne.

Tottenham fans have previously been subject to anti-Semitic abuse due to the club’s historical links with the east London Jewish community.

According to the Mirror, the incident occurred on a tram travelling in the city centre, just after 5pm on Saturday afternoon.