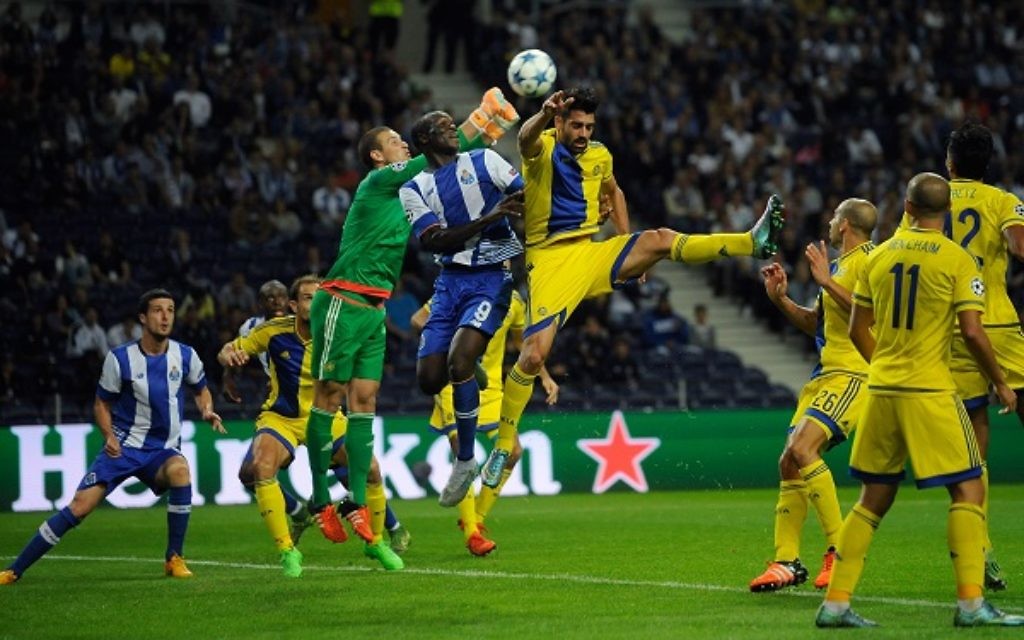 Vincent Aboubakar netted his seventh goal of the season as Porto beat Maccabi Tel-Aviv 2-0 to climb to the top of Champions League Group G.

With Chelsea and Dynamo Kiev playing out a goalless draw in the pool’s other game, Porto moved two points clear at the top.

The first clear-cut chance for either team came in the seventh minute when Porto forward Aboubakar latched onto Miguel Layun’s corner at the back post, only to direct his header straight into the grateful arms of Maccabi Tel-Aviv shot-stopper Predrag Rajkovic.

Rajkovic was on hand to deny Aboubakar once again five minutes later, holding onto the Cameroon international’s volley from the middle of the box.

Eran Zahavi failed to make the most of Maccabi’s first meaningful attack in the 13th minute, firing over from the edge of the box, before the visitors had a penalty appeal waved away following Bruno Martins Indi’s challenge on Maccabi striker Tal Ben Haim in the box.

Aboubakar came close to breaking the deadlock after 25 minutes when he fired a shot agonisingly wide from six yards, but he did not have to wait long for the opening goal.

Layun picked up the ball from Brahimi on the left wing before whipping in a fine cross to the back post and Aboubakar lashed in from close range to put the hosts in front.

Porto doubled their lead four minutes later when Brahimi timed his run perfectly to beat Maccabi’s offside trap before marching into the box and slotting into the bottom corner of Rajkovic’s net.

The hosts continued to push in the early stages of the second half and came close in the 58th minute when Andre Andre rifled over the bar from range.

Maccabi prevented their hosts from making it 3-0 shortly after, turning the ball onto their own woodwork in the process of stopping the ball from falling to the feet of Aboubakar in the middle of the box.

Porto had another good chance 10 minutes before the end, but Maxi Pereira sent the ball sailing over the bar from 10 yards out.