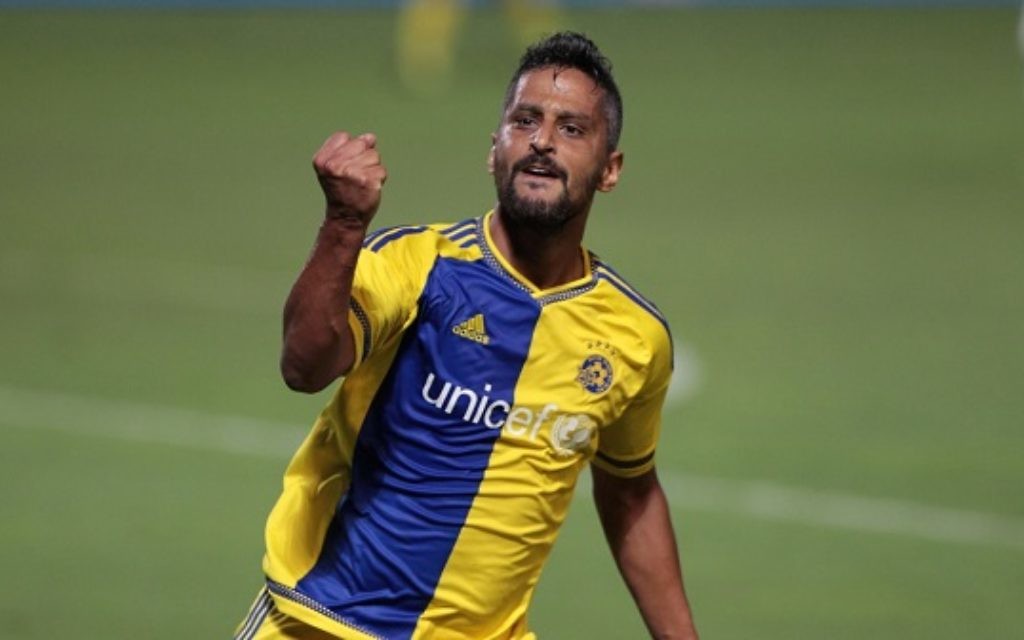 A goal from Barak Itzhaki kept alive Maccabi Tel Aviv’s hopes of qualifying for next season’s Champions League – though they have it all to do in the Czech Republic next week after they suffered a 2-1 home defeat on Tuesday night.


Viktoria Plzen found themselves 2-0 up midway through the first half at the Bloomfield Stadium, thanks to goals from Aidin Mahmutovic and Milan Petrzela, a scoreline which pretty much would have guaranteed the Czech side’s progress to the Play-Off stage.

However, Itzhaki pulled a goal back for the Israelis 11 minutes from time, giving them a glimmer of hope ahead of next week’s second leg. Reflecting back on the game – and on their chances for the second leg, he said: “There’s nothing you can do [conceding two first half goals], it happened. We will learn from our mistakes and come prepared even more for the next match. It will be a very hard game but we believe that we can do it.

“Of course I’m always happy to score but I would have been happier to score another goal. There’s nothing you can do. It was not a great result but we know that we can do it and we are a better team. For most of the game we were the better team on the pitch.”

Midfielder Gili Vermouthtold the club website: “To lose at home 2-1 is not a good result, but we saw that our opponent Viktoria Plzen is a quality side and the match was a tough one as will next week’s game be in Plzen. Everything is still wide open.

“Sometimes results don’t show you the full picture. They did their work early on in the first half and then went back and defended. In the second half we came back but we will have to go to Plzen and win, we have no choice.”

“We have another 90 minutes and another game to play. We will have to pressure them and take a lead as everything is still open but our chances have been minimized a bit. We all believe in ourselves to go there and do what we need to do.”

Manager Slavisa Jokanovic believes his side still have chance of reaching next season’s Champions League – though concedes there’s plenty of room for improvement. He said: “We played well at the beginning but we made mistakes. In this level of the competition when you make mistakes you pay a heavy price. This was not the situation we wanted to start off with.

“We spoke this week about making sure to not let Plzen catch us off guard and not to give up the first goal and we made sure to practice not to make mistakes and to keep four back defensive unit, but this was a team breakdown.

“We are at half-time and we will have to find some kind of advantage for the next game. Fortunately we scored a goal and they didn’t bury their chance for a third goal so we are still in it. We have to be prepared for anything and everything.”