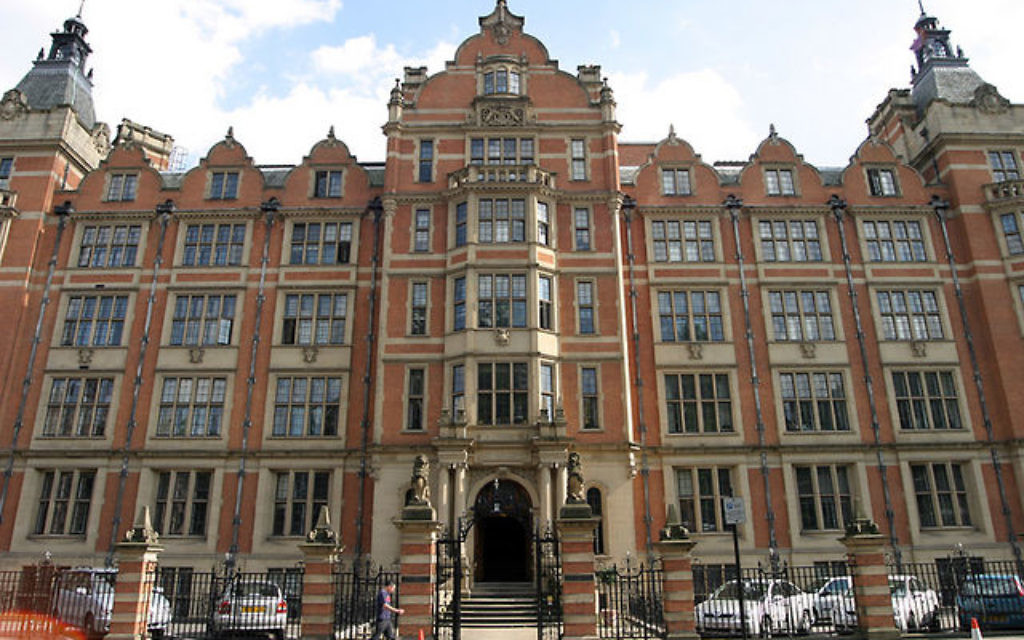 The London School of Economics has removed a “contemptible” anti-Zionism article which accused Israel of treating Palestinians as “sub-human” and described Zionism as being based on “superiority and entitlement”.

The blog post, entitled “Delegitimising through Dehumanisation: Palestinian ‘human’ rights denied”, was written by academic Dr Sandra Nasr and conflated Zionism with apartheid – as well as accusing Israel of oppressing Palestinians with a “colonial plan”.

It was described as “contemptible” by Board of Deputies President Jonathan Arkush.

She added: “Notions of ‘racial’ superiority are contained in Jewish scriptures and Rabbinical pronouncements have the effect of relegating ‘the other’ to a standard which is sub-human and, therefore, not deserving of the same considerations that are reserved for one’s ‘own kind’.”

The LSE has since removed the post, which was available for just under 24 hours, admitting its “editorial guidelines were not followed”.

However the university, home to an active Jewish Society, stopped short of an apology. It maintained the blog was “student-led” and “the views expressed were by the author alone”.

The Union of Jewish Students branded the now-removed post “dangerous”.

It said: “This blog not only uses dangerous anti-Israel rhetoric, but also seeks to undermine passages of the Torah which can easily be seen as antisemitism. This type of rhetoric only goes to strengthen the concerns that Jewish students have at LSE, especially in light of the recent exhibition by LSE Palestine Society which used graphic imagery to remember the Palestinian terrorists that have been committing dreadful stabbings on a daily basis.

“It is frankly offensive that the writer of this blog has chosen to state that there are “armed Israeli lynch mobs roaming Jerusalem’s streets looking for anyone who looks ‘Palestinian’”, when Israelis are living in fear about where the next stabbing attack is coming from.”