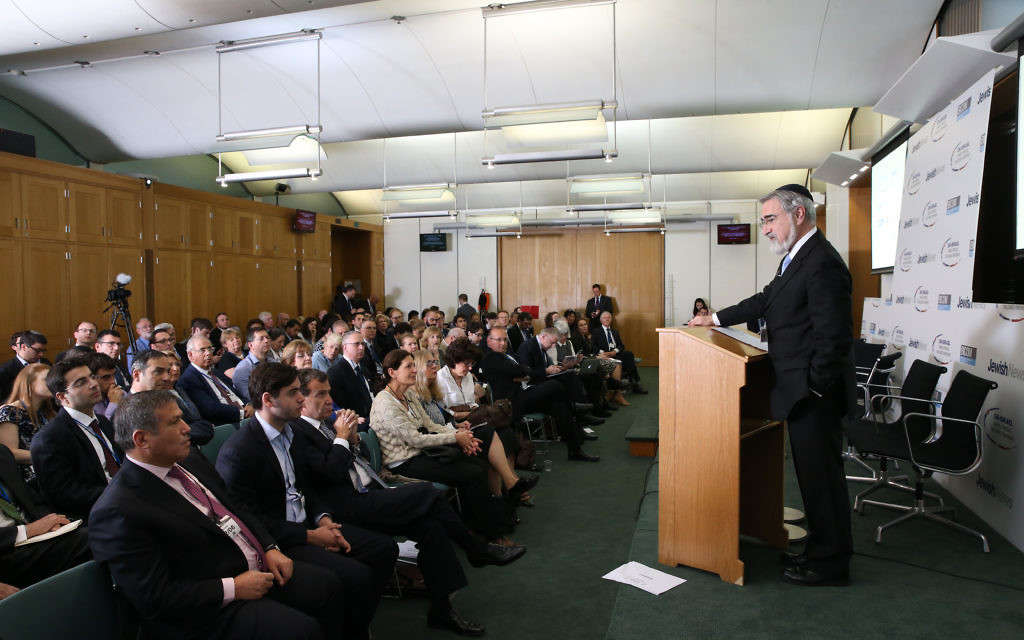 I was with the great scholar of Islam, Prof Bernard Lewis, in 2003 when someone asked him to predict what would happen in Iraq. His reply was memorable. He said, I am a historian, therefore I only make predictions about the past. What is more, I am a retired historian, so even my past is passé.

With that in mind, I make only the simplest possible prediction, that the battle against Al Qaeda, Al Shabaab, Boko Haram, Isis, and their myriad mutations, will be the defining conflict of the next generation. For obvious reasons. First, as Ori Brafman and Rod Beckstrom explained in their book, there is a difference between a starfish and a spider. A decapitated spider dies, but a starfish can regenerate itself from a single amputated leg. Radical political Islam is a starfish, not a spider, and though Al Qaeda and Isis may be defeated, they will come back in other guises under other names.

Second, despite the best endeavours of the West over the past 14 years, radical political Islam is far stronger today than it was then. As Moses Naim writes in The End of Power, asymmetric warfare has increasingly delivered victory to the militarily weaker side. The terms of conflict are changing and we have not yet found an answer to this form of disruptive innovation.

Third, we are facing a phenomenon that the West has not known since the wars of religion in the 16th and 17th century. When they ended in one place, they began in another, and they lasted for more than a century. The same factors present then are present now. [1] Discontent with an existing power widely conceived to have been corrupt: then the Catholic Church, today secular nationalist regimes. [2] Protest taking a religious form, an attempt to get back to the pristine purity of the faith as it was in the beginning. And [3] a revolution in information technology, which allowed what would otherwise have been marginal disaffected groups to outflank all existing structures of power. Then the revolution was printing, today, YouTube, Facebook, and the other social media, whose most accomplished users are ISIS.

If this prediction has even the remotest chance of coming true, then I would argue three simple points.

First, it is not clear that we have yet obeyed Robert McNamara’s fundamental rule: understand your enemy’s psychology. As Graeme Wood makes clear in his article in The Atlantic in March this year, Isis is a religious phenomenon through and through, as are all the movements of radical political Islam. We are not very good in the West at understanding theology, but without it we will not understand our opponents.

Second, wars are won by weapons, but peace is won by ideas. That is what happened in the 17th century. Thinkers like John Milton, Thomas Hobbes, John Locke, and Benedict Spinoza sat and studied the Bible and came up with the five ideas that shaped the modern world: social contract, the moral limits of power, liberty of conscience, the doctrine of toleration, and most important of all, human rights. These began life as religious ideas, as John F. Kennedy said in his Inaugural: “The same revolutionary beliefs for which our forebears fought are still at issue around the globe—the belief that the rights of man come not from the generosity of the state, but from the hand of God.”

The Cold War was conceived by the West as among other things a battle of ideas, and great thinkers like Isaiah Berlin, Karl Popper, and Friedrich Hayek developed new and inspiring defences of freedom. Thus far the 21st century has produced few if any new ideas, and since we are dealing with a religious conflict, they must be religious ideas, precisely as they were in the 17th century. It was for this reason I wrote Not In God’s Name to at least begin a conversation of ideas.

Lastly, if religion is part of the problem, then religion must be part of the solution. And we begin with one major advantage. Most of the world’s great faiths are on the same side today. Jews are threatened by the return of anti-Semitism. Christians are being massacred or exiled or living in fear throughout most of the Middle East. Moderate Muslims are being slaughtered by the radicals. Hindus and Sikhs feel equally threatened, not just in India but also in Europe. The Bahai are being persecuted in Iran, the Yazidis in Iraq and the Druze in Syria. If we stand together we win.

Religious leaders must be recruited and brought together as a recognized element of the global response to tyranny and terror, preferably under the aegis of the United Nations. Whether this is done in the form of Track-2 diplomacy in specific conflict zones, or under the rubric of article 18 of the United Nations Universal Declaration of Human Rights, or simply as a body dedicated to establishing the parameters of religious education so that we can teach the world’s children not to hate those with whom they must one day learn to live.

Rabbi Lord Sacks was Chief Rabbi of the United Hebrew Congregations of the Commonwealth between 1991 and 2013. His latest book, Not in God’s Name: Confronting Religious Violence, was published earlier this month.

You can purchase the book on amazon – click here.