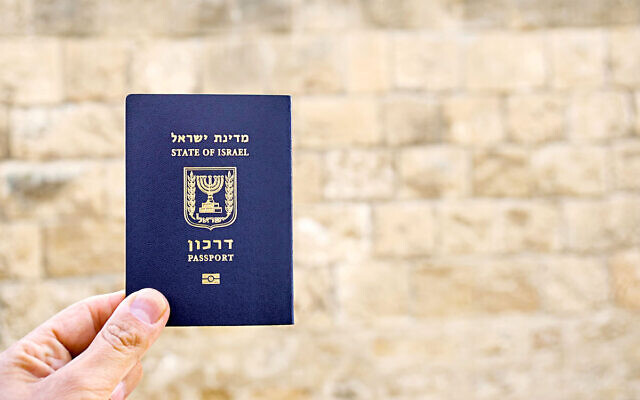 Holding the passport of the State of Israel

A leading British aristocrat has decided to take out Israeli citizenship — and despite the recent Middle East fighting, the Marquess of Reading says he is “more determined than ever” in his support for Israel.

Simon, Lord Reading, says he and his wife Melinda presently have Israeli visas in their passports and will transition those into full Israeli citizenship when he next visits, which he hopes will be in October.

The peer is one of Israel’s most ardent supporters: most recently he was involved with the dedication of a new Magen David ambulance in the name of Prince William, which will be stationed in Nazareth.

The marquess’s great-grandfather — the only Jew to become a marquess — was Lord Chief Justice between 1913 and 1921 and was a leading influence on the government’s Balfour Declaration. He was also British Foreign Secretary, the last Liberal to hold that post.

But it is the maternal side of his family — the Monds — who have inspired Lord Reading to take the step to citizenship. His grandmother, Eva Mond, married the second Marquess of Reading and — though raised in her mother’s Christian faith — became an active Zionist and even converted to Judaism in 1933.

She held court at a beautiful building on the shores of the Sea of Galilee, a house which became known as Villa Melchett. Eva’s father was the first Baron Melchett. At the villa, Eva (who died in 1973) entertained the leading figures of the Jewish world and those Christian supporters of the Zionist dream, such as Orde Wingate.

Now — though the family no longer own the villa — Lord Reading has become friendly with the current owners, the Eisenberg family. He says they “embrace the vision” which he has, of bringing potential supporters of Israel from around the world to stay at Villa Melchett, which is not far from Tiberias.

The marquess, 79, says that by taking out Israeli citizenship, he is “reconnecting with my Jewish roots”. He is utterly unfazed by suggestions that the present climate makes it difficult for him to make this move. “It is more vital than ever”, he says.