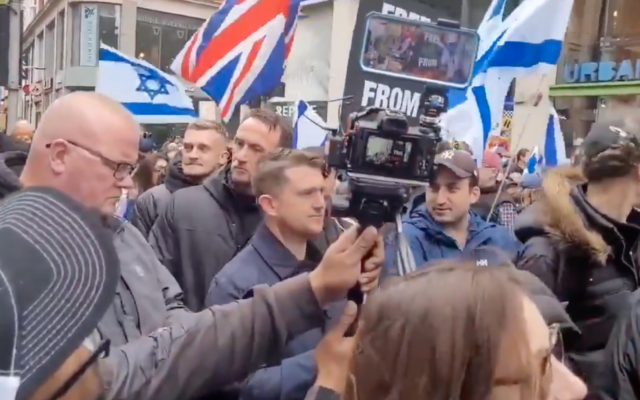 Tommy Robinson pictured at the pro-Israel rally in London

The Government’s independent antisemitism adviser has warned that former English Defence League leader Stephen Yaxley-Lennon should be “excluded at all times” from “any Jewish community event” after his appearance at a pro-Israel demonstration in London on Sunday.

Lord Mann told Jewish News: “There should be no place for Robinson or any of his friends at any Jewish community event. He should be excluded at all times.”

Lord Mann spoke out after the far-right activist, better known as Tommy Robinson, launched a scathing attack what he described as the “pathetic, weak, cowardly leadership of the Jewish community” in a video filmed as he left the pro-Israel demo which took place outside the Israeli Embassy in west London.

Yaxley-Lennon had sparked controversy on Sunday after he turned up in support of the pro-Israel demo held close to the Israeli Embassy in West London.

Footage of him at the demo immediately circulated on social media, with many Palestinian activists seizing on the footage as proof that Israel activism is a far-right cause. 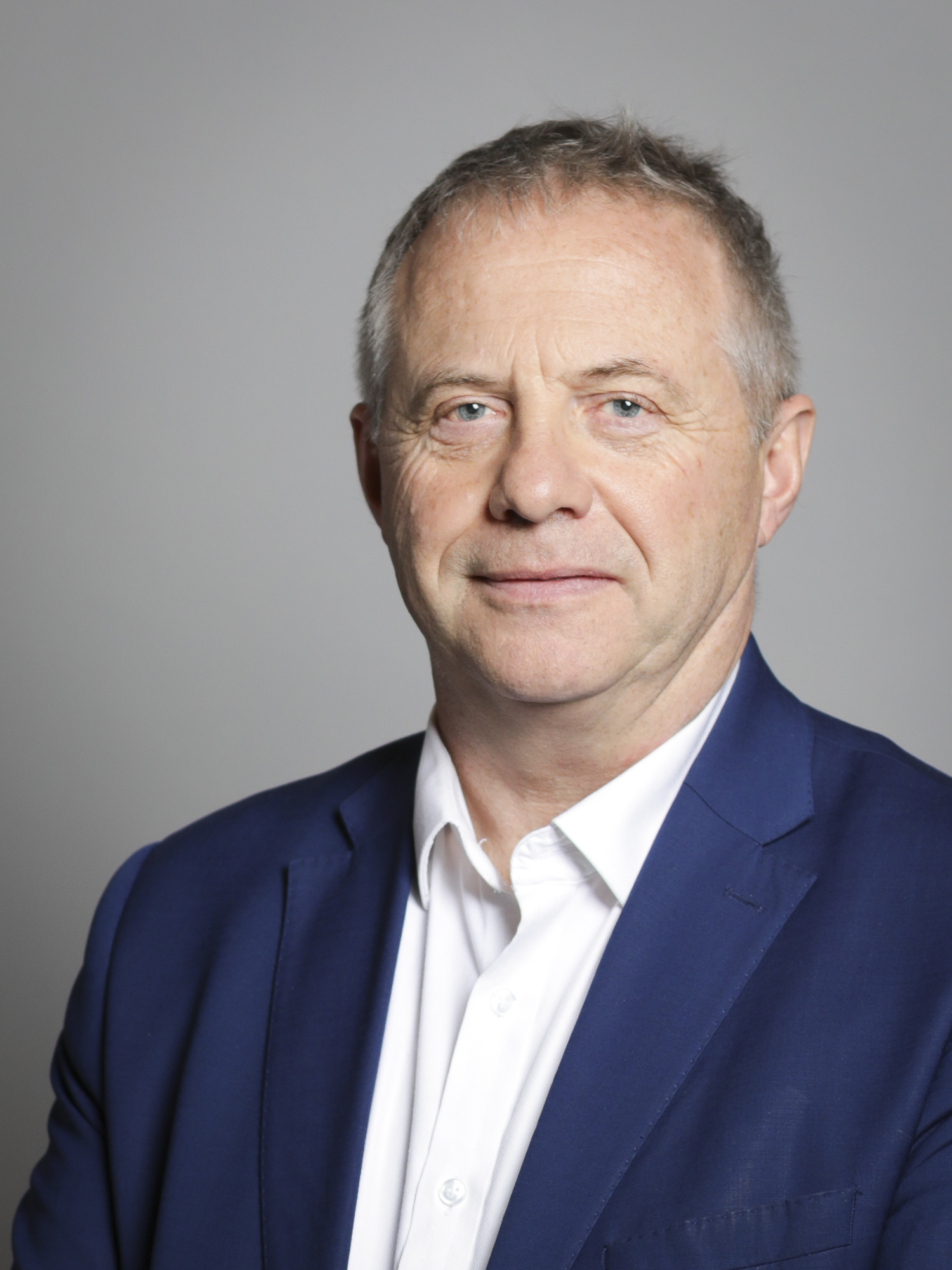 Jewish News saw a social media meme that circulated on a school WhatsApp group on Sunday evening, at a school with a large Muslim intake, which expressed alarm at the image of an man associated with Islamophobic beliefs in attendance at a demo with British Jews.

The Board of Deputies, Jewish Leadership Council, Community Security Trust, Zionist Federation and We Believe In Israel groups all issued statements condemning the presence of the ex-British National Party member at the protest.

But on Monday, one senior communal figure, admitted Robinson’s presence at the demo was an “appalling look for us.”

They also said they were aware of the possibility of the far-right activist, along with other supporters of the EDL and the Britain First group turning up to exploit wider fears in the community about the openly antisemitic conduct of some pro-Palestinian activists in recent weeks.

On social media, a small minority of those who attended Sunday’s demo, said they had welcomed Robinson’s presence, with some suggesting he had been invited. 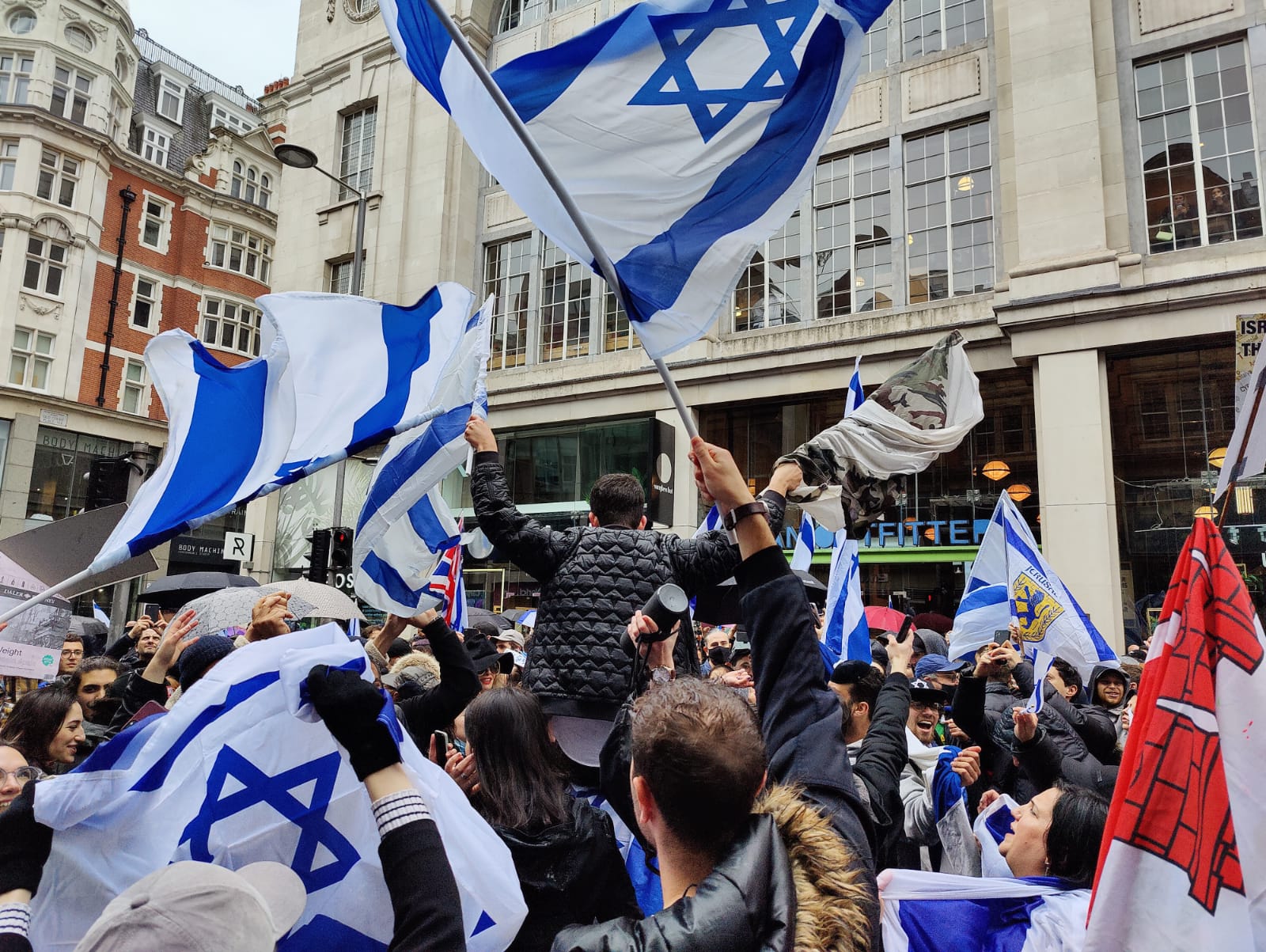 Around 1,500 people assembled in central London on Sunday in support of Israel.

One pro-Israel activist, who goes under the pseudonym Nick from Enfield, and who attended the demo tweeted: “Tommy was invited … he came was polite he was supportive he was great unlike the disgusting supporters of palestinians who were chasing Jews around the streets.

“We need all the friends we can get as Jews we are outnumbered and we welcome TR.”

Another demo attendee posted: “Thanks Tommy – how times change.”

One leading Jewish community Facebook page took down discussion about Robinson’s presence at the demo.

Robinson, who was spotted holding a Free Gaza from Hamas placard at the protest, has attempted to win over support amongst grassroots activists in the Jewish community, with his support for Israel and his attacks on “Islam.”

He has attempted to shrug off his past membership of the openly antisemitic British National Party, or his attendance at far-right rallies in countries such as Poland.

Robinson has previously been jailed for violent assault, for attempting to enter the US with a false passport, and for contempt of court after live-streaming footage of participants in a criminal trial outside Leeds Crown Court.