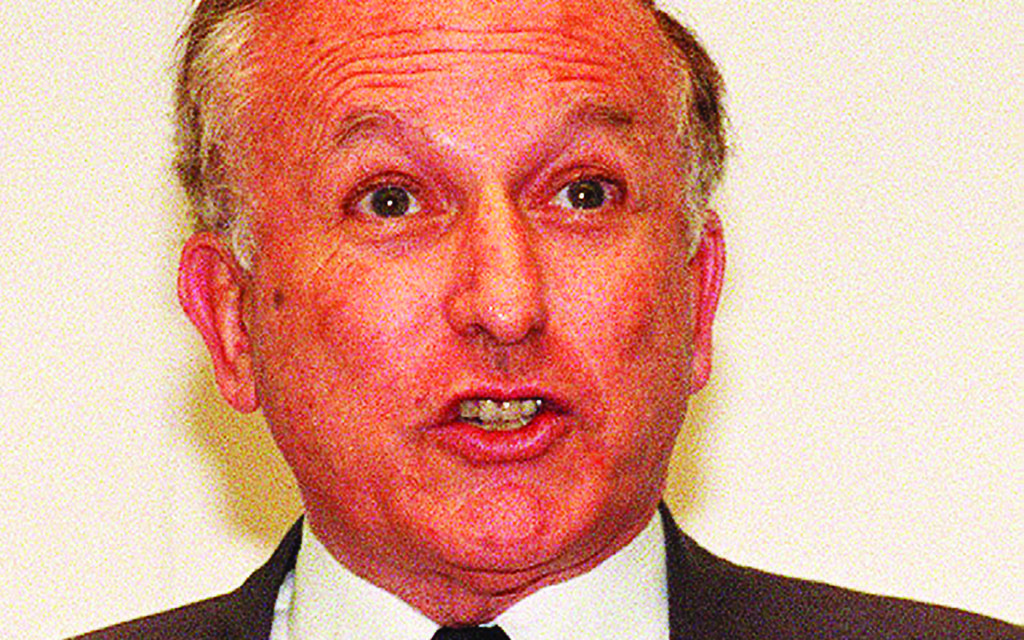 File photo dated 10/9/1996 of Lord Greville Janner as a leading child abuse lawyer has written to Britain's most senior prosecutor in an attempt to overturn the decision not to bring the Labour peer to trial.

Lord Janner has been quietly dropped from top positions he held in several of the community’s biggest organisations, as prosecutors prepare for a “trial of the facts” court case to hear allegations of child sex abuse.

The Labour peer has been “suspended” from his role as Honorary Patron of the Holocaust Education Trust (HET), which he co-founded, while his involvement with the Jewish Leadership Council (JLC) and the Community Security Trust (CST) has also come to an end in recent weeks.

He has also been dropped from smaller organisations, such as the Commonwealth Jewish Council, while others, such as the Jewish Museum, said that his position was “under review”.

All these decisions appear to have been taken independently of each other.

Janner, who has vehemently denied any wrongdoing, was on the CST’s advisory board until late last year, and until this year was Honorary Vice-President of the JLC, which is now unlikely to reappoint him at its next meeting.

UJIA, which works with hundreds of children every year, is one of the only communal organisations where Janner still holds an honourary title. Asked this week whether this was also under review, UJIA refused to comment.

Few of the organisations were willing to discuss the matter in public, but a spokeswoman for the Jewish Museum, where he is still listed as Honourary Patron, said: “We’re looking into it. We’ve been discussing it at length.”

Maureen Gold, director of the Commonwealth Jewish Council, said: “He’s no longer a patron, as of several months ago, but he’s still listed on the website, which will be changed soon.”

Institutions in Israel have also begun removing reference to Janner, with an Israeli nursery in the Galilee town of Ma’alot Tarshiha removing the plaque for the ‘Lord Greville Janner Education Centre’.

Last week, Channel 4 news anchor Jon Snow asked Alison Saunders, director of public prosecutions, whether Janner’s standing in the Jewish community was a factor in not prosecuting him. Saunders found that there was enough evidence to charge Janner with 22 counts of sexual abuse of children, including buggery, but chose not to do so on the basis that the 86-year-old was now too ill to stand trial.

However, she was over-ruled, after pressure grew for a judge to hear the case, as more details emerge – the most recent of which was two weeks ago when a Labour MP said Janner had “raped and tortured” children in Parliament.

Channel 4 bosses this week defended Snow’s question, quoting Janner’s involvement in several big Jewish organisations as justification. “It has a whiff of establishment about it,” said Snow, “that in some way the DPP or the CPS didn’t want to go there precisely because they were going to be dealing with somebody who was in the higher echelons of the Labour Party and the higher echelons of the Jewish administration.”

Saunders replied: “That’s not the case. There’s nothing there about an establishment cover-up, absolutely not.” Community leaders were quick to castigate Snow’s reference to Janner’s Jewish identity and position in Jewish life, with Board of Deputies’ President Jonathan Arkush saying it was “irrelevant and inappropriate”.

However Ed Fraser, managing editor of Channel 4 News, said: “Mr Snow meant no offence whatsoever towards the Jewish community. He sought simply to highlight Lord Janner’s prominent standing,” citing his roles at the Board of Deputies, the World Jewish Congress, the Commonwealth Jewish Council, the Holocaust Education Trust and the Jewish Leadership Council.