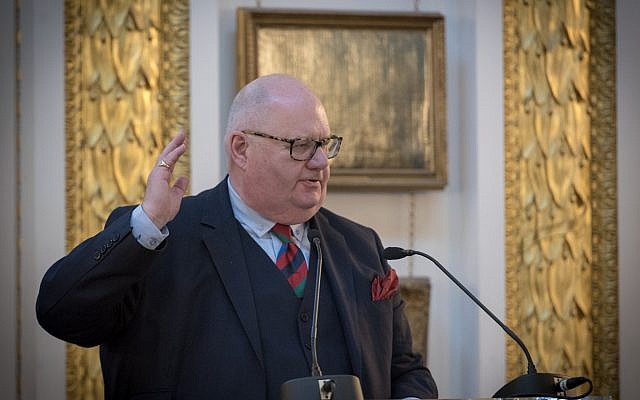 The former Tory chairman Lord Eric Pickles has accused a member of his own party of bringing “comfort” to “racists and extremism” at a conference in Rome.

The senior Tory peer, who was made special envoy for post-Holocaust issues in 2015, took to social media on Thursday to warn the MP had “let fellow Conservatives down” by attending the event.

Daniel Kawczynski, the MP for Shrewsbury and Atcham, was one of 22 speakers  at the National Conservatism Conference this week entitled  “God, Honor, Country: President Ronald Reagan, Pope John Paul II, and the Freedom of Nations.”

“Had Daniel attended the conference to confront racists and extremism he might be justified in attending,” Lord Pickles wrote. “Unfortunately, his presence has only brought them comfort. He has let fellow @Conservatives  down.”

Lord Pickles’ tweet came amid widespread criticism and calls for the MP to be suspended.

The Board of Deputies’ president Marie van der Zyl criticised Kawczynski on Tuesday over his decision “to speak at a conference alongside some of Europe’s most notorious far-right politicians.”

“If the Conservative Party fails to discipline Mr Kawczynski, it runs the serious risk of the public assuming that they share his views on association with such people,” she said.

Kawczynski penned his defence in a blog for The Spectator published online on 2 February. “Clearly, offence archeologists have done a thorough job in finding historic remarks from some of the participants that jar with the liberal world view,” he wrote.

“But it is only common sense to talk with parties and politicians that are either leading their respective countries, or will perhaps take power in the next few years. It would be foolish not to,” he added.