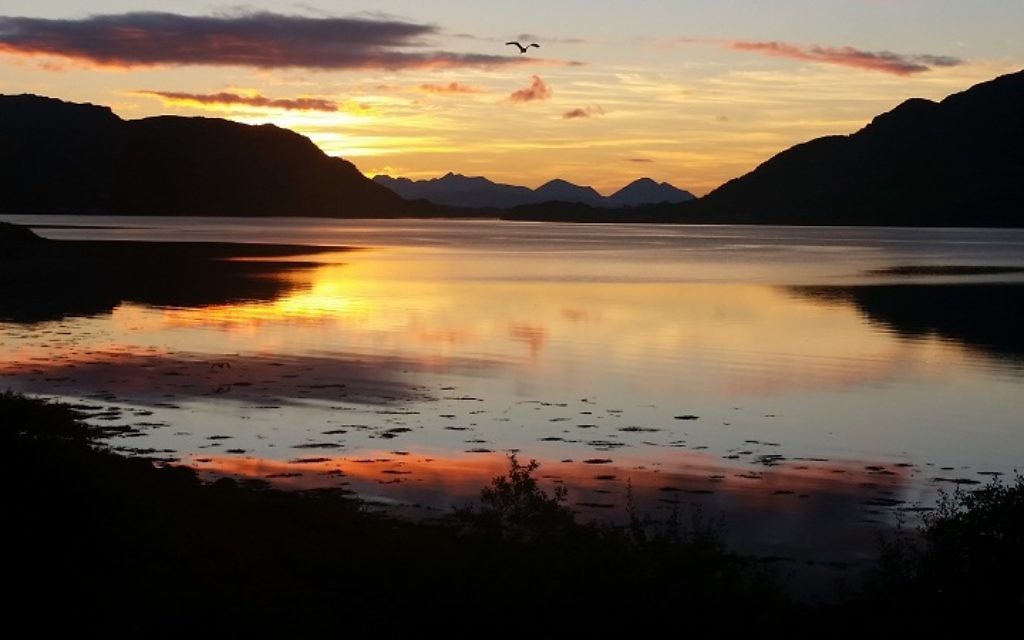 Bidding farewell to England, we cross over the border with anticipation and cleave our way through Glasgow and Edinburgh on the M9, to Stirling, Scotland’s former capital and the brooch clasping the Highlands and Lowlands together.

Stirling’s famed castle charges £29 per couple entry, but the city also offers its ancient walls free-of-charge. Meandering through 900-year old stone buildings, listening to the bagpipers playing in the squares, I come to realise there are few more pleasant ways to spend an afternoon.

Just up the road, beyond Dunblane, is Andy Murray’s hotel Cromlix and Chez Roux, our first stop.

At this time of year, the Perthshire colours of its 34 acres are dazzling beautiful and slow time down all by themselves, as the sweeping tree-lined drive up to this old baronial mansion beckons you in. Once there, you’ll see Virginia creeper painting the turrets red.

The hotel’s interior is duck-egg blue and (tasteful) hand-painted gold, the handiwork of the tennis star’s mum Judy.

Murray gave his new luxury hotel a lick of paint in 2014, and it shows. With five suites and ten bedrooms, Cromlix is characterful, homely and spacious.

Furnishings are top-quality, beds are dangerously comfy and bathrooms are bigger than most London apartments.

Downstairs, there’s billiards and beams, leather and local whiskeys sampled in the old gun room, alongside a chapel adorned with century-old Highland drums.

Outside, there are tennis courts (of course), a croquet lawn, a lake, grounds that include one of Britain’s best climbing trees, and what Mrs O describes as “very impressive lichen”. 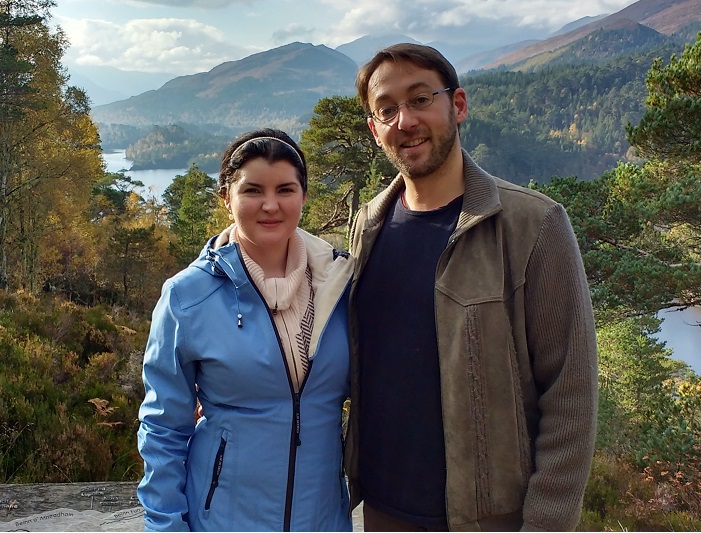 A happy wife makes for a happy stay, so my delight equalled hers when she saw the bath products, including bergamot and ginger bath salts, which I’m told is ‘a thing’.

After breakfast (which may include Loch Fyne kippers, or Pain Perdu – a delicious sweet bread with cream), strike out west for Loch Lomond and the Trossachs, a glorious national park resplendent in copper and yellow.

Start at the Woodland Trust office on the A821 and keep an eye out for golden eagles, red squirrels and pine marten. Finish off with lunch and something warming by the fire at the Byre Inn, before heading north, with a minor detour to Killin and the spectacular (and free) Falls of Dochart.

However big your car, you’ll feel dwarfed by the dramatic mountains of Glen Coe, closing in on you from both sides of the road, as you follow signs for Fort William, where Ben Nevis looms into view.

Once Queen Victoria’s Highland retreat, this Relais & Chateau masterpiece is widely regarded as Scotland’s best hotel, with fabulous frescos and a Rolls Royce Phantom to whisk you in.

The romantic setting amid lochs backed by giant Canadian Redwood help this stunning venue to top most lists. Check out the snooker room and its walls of antlers, where one measures ten feet across or treat yourself to the playful six-course evening taster menu, which delights the palate at every turn.

In the morning, climb the big Ben (peak), or – if you’d prefer something less strenuous – explore Glen Affric, a national treasure whose stunning scenery and gentle walks win hearts.

If you have kids, opt for Rothiemurchas, in the whisky-rich, snow-topped Cairngorm Mountains, where Segways, quad bikes and horses whizz young and not-so-young around the estate.

Bidding goodbye to Inverlochy, we climb further north, aiming for pretty Ullapool and Scotland’s breath-taking west coast. We cruise down the A832 and find ourselves stopping every few minutes to jump out the car, cameras at the ready, as each new corner offers a new “best view ever”.

However big your car, you’ll feel dwarfed by the dramatic mountains of Glen Coe, closing in on you from both sides of the road, as you follow signs for Fort William, where Ben Nevis looms into view.

If the weather’s with you, the light, colour and contrasts of this area reward with award-winning snaps – and Mrs O feels sure her sunset shot near Torridon is a definite shoe-in.

Our trip was drawing to a close, but we couldn’t leave Scotland without driving to Applecross, up the kind of road you’d usually find in the Alps, featuring Jeremy Clarkson and a Ferrari.

From here you can opt for the Isles of Mull or Skye (the latter easier accessed because of the bridge linking it to the mainland) or the justly-famed Loch Lomond, which points down towards Glasgow. Incidentally, the latter is where the majority of Scotland’s Jewish community lives today.

Heading south of Scotland’s biggest city, we arrive in Lanarkshire to spend our last night, in the newly-opened Crossbasket Castle Hotel.

Once owned by the inventor of the waterproof raincoat (Charles Mackintosh), the hotel was bought in 2011 by smart-meter millionaire Steve Timoney. The building had fallen into disrepair, and £9 million later, it reopened in May.

Featuring only nine bedrooms, it is immaculate, impeccable and faultless. Everything about it exudes effortless class, and is sure to win awards, not least for its four-storey tower suite. Get in while you can and ask to stay in the Mackintosh room, with its show-stopper bathroom.

Stephen stayed as a guest of ICMI at Cromlix, Inverlochy Castle and Crossbasket Castle. For more details visit icmi.co.uk