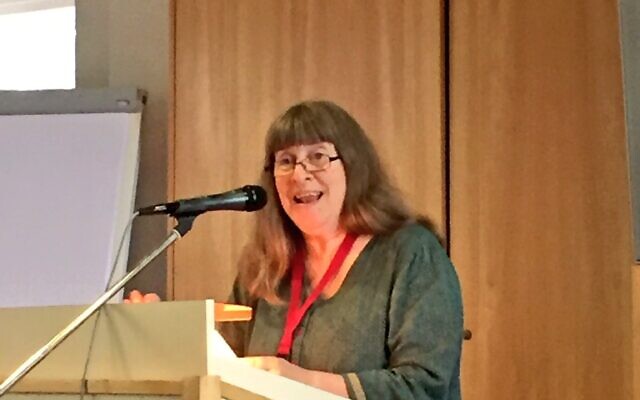 The university which awards several education courses for the London School of Jewish Studies will raise concerns with the institution after a teacher lost her official title because she became a rabba (female rabbi).

Dr Lindsey Taylor-Guthartz, 61, was informed by the institution that she would be unable to carry on in her position as a research fellow on an adult education course at the school – which is not accredited by Middlesex – or retain her honorary title, because she had enrolled on a rabbinic ordination course at the Yeshiva Maharat in New York.

Orthodox authorities, including the Chief Rabbi, Ephraim Mirvis, do not recognise female rabbis.

Middlesex University, the body which separately validates several of the school’s degrees, will raise the issue with the school, while hundreds have signed letters in support of the teacher of 16 years.

“I am so sad at this denial of the opportunity to take my teaching to new heights and to expand access to Torah learning for my beloved students at LSJS,” said Taylor-Guthartz.

She added: “The decision is regrettable, but I am determined to continue to teach Torah across the community to everyone who is eager to learn.”

The popular lecturer, who was employed on an informal contract, graduated from her semicha course on Tuesday. She says she had never sought to become a communal rabbi, and had volunteered not to use the title of ‘rabba’.

But officials at the school told her that it would not be possible to continue in the role, as obtaining the qualification would not be in line with the halachic guidance of the Chief Rabbi.

Chief Rabbi Mirvis has repeatedly outlined Orthodox opposition to female rabbis, saying that while women were welcome to take up numerous senior leadership positions in communal life, a rabbi could not be one of them.

“On behalf of all LSJS trustees, I would like to thank Dr Taylor-Guthartz for her many years of service and we wish her all the best for the future,” said Chair of LSJS, Gary Phillips.

“She is a wonderful teacher who will be much missed by both her students and colleagues at the college.’”

A letter signed by more than 30 Reform and Liberal rabbis in support of Dr Taylor-Guthartz, has been sent to the Chief Rabbi, which states there is “clearly still a glass ceiling of Torah above which half your community may not ascend.”

Eve Sacks, of the Jewish Orthodox Feminist Alliance, said: “My sense is that Rabbi Mirvis has panicked, because he does not want the right-wing part of Orthodoxy in America to see that he has allowed a female rabbi to teach in one of his colleges.”

She added that she believed he should have accepted a compromise with Lindsey-Guthartz not to use the title while teaching.

Middlesex University told Jewish News that LSJS had explained to it that “they are bound by [the Chief Rabbi’s] guidance in the teaching of religious texts and rabbinic authority.”