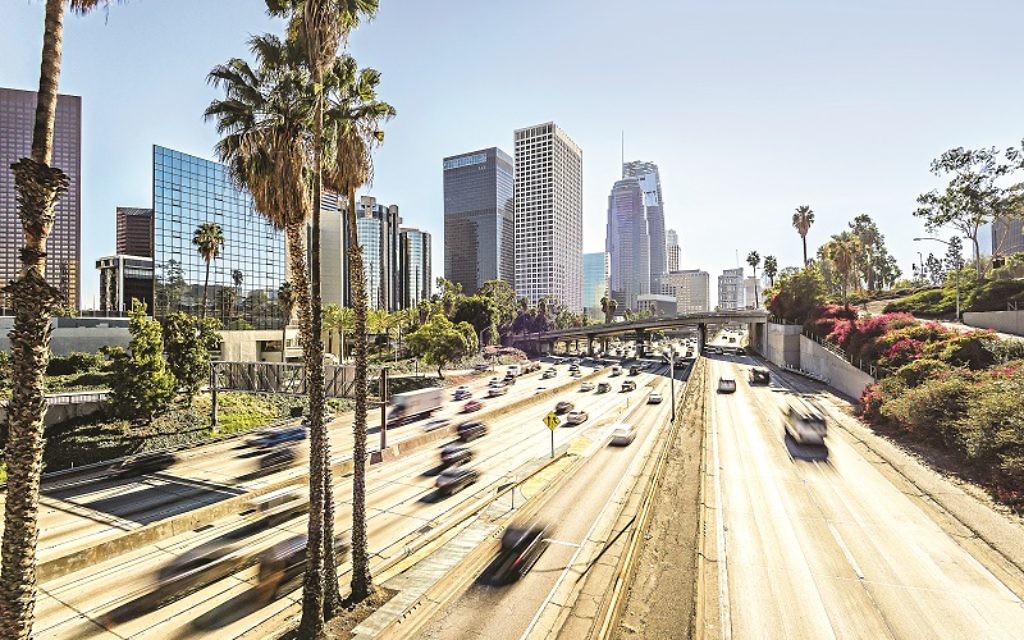 Los Angeles – big, brash, speedy, always sunny – is the place of hope and pots of gold.

The first thing they said when I checked into my hotel was: “Are you living the dream?” Now there’s a question.

People move to California to reinvent themselves, but not all is as it seems beneath those promises, mansions, intangible wealth and sparkling white teeth.

Beverly Hills, where face creams cost around $3,000 a pot and Beyoncé walks past, is a kind of Toytown.

So clean, modern, unreal, it’s a bit like a stage set. You expect Clint Eastwood to be standing behind you shouting: “Cut!” And he’s not far away. In this town, no stars are.

The best spa I’ve had outside Thailand was at the Montage Beverly Hills, spa of choice for A-listers, but you mustn’t mention who.

Spa manager Ozzie arranged a 90-minute treatment that knocked 10 years off my accumulated stress, and dare I say ageing, which is a real bonus in the “must be young and beautiful” culture of LA.

Blonde masseuse Brandy gave me the harmony oil pummelling  of my life, and my daughter and I rounded it all off soaking in the bubbling Turkish bath.

Beverly Hills’ only five-star and most spacious spa, it’s the place where stars prepare for their definitive Oscar appearances.

We floated up to the rooftop pool for lunch overlooking the city, and then dinner downstairs at newly-opened Georgie’s.

This patio restaurant faces the low-lit trees and fountain in the piazza, with soft jazz drifting on the warm night air. The food is imaginative, with a lively menu.

I can safely say I’ve never had fresh tuna as delicate and mouth-watering, and delicious sole with just-sweet-enough honeyed carrots.

My top restaurants in LA were Yamashiro, the Peninsula’s Belvedere, Geoffrey’s in Malibu and Firefly Studio City. 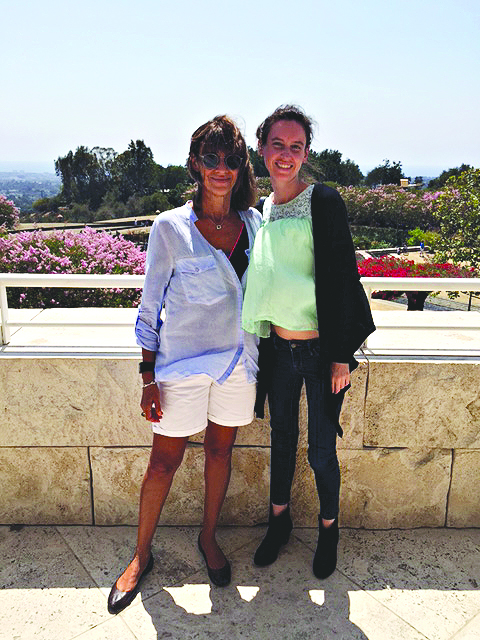 They are all dramatically different, but must-visit venues. Yamashiro, under chef Christophe Bonnegrace, took me to sushi heaven, the dishes perfectly made, bounteous and brilliant.

It’s a buzzy casual atmosphere, California cool, with cocktails sipped from pudding-bowl glasses in the flickering candlelight and breath-taking views of the city below.

The Belvedere is simple, understated elegance, a dreamy feel on the terrace where we sat under the canopy of a sprawling pine with heat lamps and soft music.

We drank Italian soave and ate Mediterranean dishes done with panache and great attention to detail.

LA can feel exhilarating, with those blue sunny skies, the wind in your air, towering palms along the wide streets and seemingly happy, welcoming people.

Outside Tel Aviv and New York, Los Angeles has the largest Jewish community in the world and there is plenty to see.

Steven Spielberg has created the USC Shoah Foundation, the largest archive of Holocaust testimonies, while his mum, Leah Adler, serves up the best blintzes at her kosher restaurant, the Milky Way.

The city is comfortable for Jews in a million ways and it’s hard to find a major diaspora hospital more Jewish than Cedars-Sinai.

But Los Angeles isn’t just a city, of course. It’s an idea, the elusive pot at the end of the rainbow, the glittering possibility, the lottery ticket someone must win.

Drive down to the beach at Malibu along the Pacific Coast Highway and eat at Geoffrey’s with views of the curving coastline and a long history of satisfied clients – Robert De Niro, Travolta and us too, because in LA everyone is a star.

We ate baked brie in puff pastry, and then pan-seared Chilean sea bass on the open deck with good Napa Valley wine.

Back in LA’s Studio City neighbourhood, where Clooney loves to dine, we hit Firefly, a day after Jay Z and Beyoncé had been seen in the same red-draped cabana.

The restaurant is rather iconic, staged on part of a hillside lush with greenery glittering in the lantern light. It’s upbeat and super-trendy with a great jazz band and mouth-watering food.

My flavourful ricotta of pappardelle mushroom, spinach, and truffle was so authentic, it could easily have been made by an Italian mamma in Naples.

Beyond the Hollywood of it all, and unlike Jack Kerouac, I felt there was a lot to love in this City of Angels.

Kerouac described LA as “a jungle”, but for me the city had it all: the big blue sky, a changing landscape from mountains to ocean to desert to valley, all within a few minutes’ drive, and the great Getty Museum. It’s a city of nothing short of sheer energy and exuberance.

Where to stay: Sharon stayed at Spa Montage Beverly Hills, montagehotels.com/spamontage/beverlyhills, and dined at Yamashiro, yamashirohollywood.com, the Belvedere at the Peninsula Beverly Hills, beverlyhills.peninsula.com, Geoffrey’s Malibu, geoffreysmalibu.com and Firefly, fireflystudiocity.com