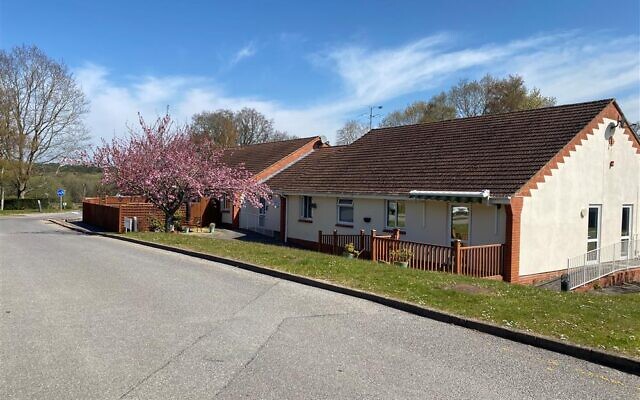 None of the reasons given for Norwood’s desire to close Ravenswood Village survives scrutiny (Jewish News, 10 June 2021).

Ravenswood Village is a wonderful place, with a good, established reputation that can be promoted among authorities and the ­Jewish community, and that can continue to be a fine home for disabled Jewish and non-Jewish learning disabled people for years to come.

It is important for me to express to Jewish News readers the disgrace I felt at the article you ran featuring a girl at a Palestine rally proclaiming, ”British Jews stand with Palestinians facing violence and displacement” (Jewish News, 3 June 2021).

I would submit she has little or no knowledge of the facts, relies on social media, ignores the reality of Palestinians who sadly died as prisoners of Hamas and ignores the facts of Israelis who died at the hands of Hamas rockets.

The one thing missing from this scene was a repeat of the Kaddish for Gaza from a few years ago. I wonder how her parents feel.

Even if the Israelis, with all their knowledge and expert technological innovation, wanted to they could not have devised the electorial system they currently have.

Just imagine, a population of nine million people have in excess of
30 political parties to vote for. No wonder they have such a balagan at the end of each election, to choose a government.

To me it is a great embarrassment.

Help us back campaign

I applaud your involvement with René Cassin to urge readers to support the campaign to put pressure on the Beijing Olympics over the treatment of the Uyghurs. However, readers need more guidance as to what they can do. We need names and addresses of people we can write to, and a sample letter of what we could write.

I don’t think many people are prepared to write with pen and paper any more, but there may be some other over 80-year-olds such as myself who would be prepared to do so, and who think that such letters have more impact than an email.

Regular letters from a large number of people, paper or email, to the Chinese Embassy might also be effective, rather than a one-off campaign.

Once again, sample letters are useful as well as reminders from your newspaper.

There are two Robert Stones in Stanmore. Last week you published a letter from the other one (“Arabs don’t want two states”). I’ve received a lot of feedback from friends and acquaintances who assume I wrote that letter. While this is a tribute to the large number of people who read your letters page, it is also highly embarrassing to me because I do not share the other Mr Stone’s views on what he calls “Palestinian Arabs”. I still believe a two-state solution is possible. Perhaps in the interest of balance you could publish this disclaimer letter.

Apparently our government and the Biden administration fail to recognise the Islamic Republic of Iran has ambitions to acquire a nuclear bomb and export terrorism on a global scale. Moreover, at home we are faced with rampant antisemitism.

Like many others in the community, I voted for Mike Freer at the general election. However, I think he should now ­consider whether the constraints of ­being a government whip are compatible with being able to adequately represent us during these difficult times.