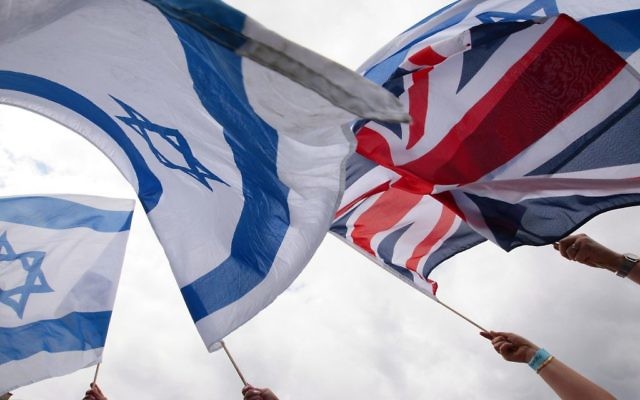 Why no fuss when Israelis face bans?

This apparent contradiction was explained by Heinrich Himmler, who was responsible for the Nazi camps and the Einsatzgruppen death squads: “Anti-Semitism is exactly the same as delousing. Getting rid of lice is not a question of ideology, it is a matter of cleanliness.”

On the other hand, in November 1944 he said that Islam is “a practical and sympathetic religion”.

Daniel Bernard, former French ambassador to the UK, showed a similar attitude when he said in an unguarded moment: “All the current troubles in the world are because of that sh***y little country Israel.” No wonder nobody makes a fuss when Israelis are barred from Muslim countries.

Two ways we can tackle hatred on our campuses

Regarding Maajid Nawaz’s column on the rise of anti-Semitism on British university campuses [27 January], perhaps there are ways to combat this after all.

One problem seems to be the indifference shown by the governors at LSE and SOAS. They must show more of a backbone in these matters.

The second area which might make a difference is to investigate the funding given to each of of these universities and to ascertain whether it is possible to influence sponsors to reconsider their support because of the biased view and behaviour of the various students.

We must pledge to proactively prevent scourge

It is extremely disconcerting that there has been a significant rise in anti-Semitic hate crime in London.

Of course any rise is deplorable, but the 65 percent increase reported by the Community Security Trust last week is terrible.

London is a world renowned culturally inclusive city, but obviously more work needs to be done.

I will continue to encourage the Metropolitan Police and the Mayor of London to work more proactively to prevent these types of hateful crime.

Last week, some 40 leaders from the Reform and Liberal communities, headed by Laura Janner-Klausner, wrote to The Times expressing dismay at Donald Trump’s executive order restricting immigration to the US from seven Muslim countries for 90 days while immigration processes are being reviewed. Their letter claimed to draw a comparison with the “lessons of history”, a direct reference to the horrors of the Holocaust. Rabbi Klausner later posted an article on Facebook by Qari Asim entitled ‘Trump’s politics of hate stir dark echoes of the Holocaust’.

I’m sorry Rabbi Klausner, but they don’t. Genocide is characterised by the organised murder of an entire ethnic group. The Holocaust, like all genocides, was an evil act of systematic mass-murder.

What these so-called leaders of the Jewish community have said and insinuated serves to undermine and belittle the memory of the Holocaust. Citizens of European countries were starved in ghettoes, abused, humiliated, murdered and burned in ovens. Their memory is not a political point to be scored and their suffering is not to be belittled.

It is disgraceful to equate an EO calling for a temporary immigration restriction from seven countries with the crimes of genocide. I am ashamed by these representatives of our wider community and disgusted by their letter’s sentiments.

As a community we should hold such actions to account. I think a retraction is in order.

Wilful ignorance of jews who like to attack Israel

Seeing in another Jewish newspaper last week a full-page advert for Jews for Justice for Palestinians made me think of German Jews in the 1930s, who thought they would be fine.

When I looked down the list of names in that advert, all people living in this country, it made me ashamed to call them Jews.

Are these people simply blind to the vile anti-Jewish Palestinian media and Mahmoud Abbas warning time and again that no Jews will ever enter in a future Palestinian state? Do they think he does not mean it?

Are they utterly ignorant to the threat of Hamas and what might happen the day after Palestinian independence is declared? Israel is the only thing protecting the world from such horrors.

Put this ‘advice’ in the bin

Alistair Burt [pictured] labels President Trump Mr Unpredictable, while calling John Kerry a “critical” friend of Israel. The same Mr Burt who invited derision and contempt at a JNF event in London when he excoriated Israel for building “illegal settlements”.

Missing from his words calling for a “nuanced neutrality” on the “Palestinian issue” is any acknowledgement of the multiple offers of statehood by Israel to the Palestinians, who rejected them all.

I was in Jerusalem at the same event as Burt when news of David Friedman’s appointment as the future US ambassador came through, but there was no “tangible mood of disquiet” following that announcement. It was Burt’s wishful thinking.

Burt is not a friend of Israel, “critical” or otherwise. His “friendly” advice should be consigned to the bin.

Why such anger about President Trump’s decision to ban Muslim countries that have carried out acts of terror? He should protect Americans. So why did the Chief Rabbi condemn him?

Why is he not condemning countries that ban all Israeli citizens from entering? There are 16 of them – why is he so quiet about this? Why are Jewish people protecting Muslims instead of their own kith and kin? Why are they joining in these anti-Trump protests?