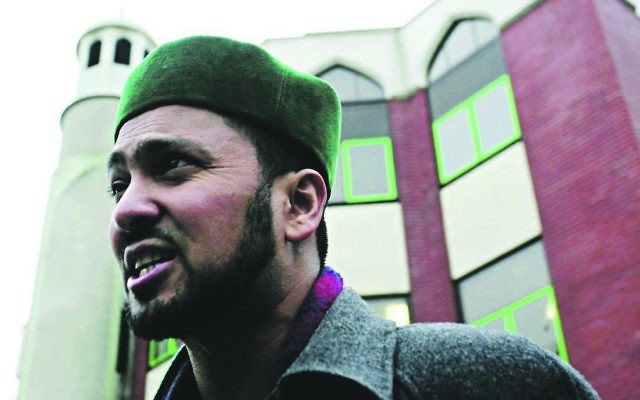 It is good to hear Imam Ajmal Masroor is looking back at his previous statements to see whether they could be interpreted at “non-violent extremism” (in the words of your editor, Richard Ferrer), but he seems to have stumbled at the start.

On a new theme, he says “Zionists …force politicians to bend over backwards”. Given that even Martin Luther King knew “when people say Zionists they mean Jews” and he says the “majority of the media…are Zionist owned”, I struggle to see what there is to misinterpret. All this in one recording. How much more has he said elsewhere?

If his journey is sincere, I welcome his efforts but on the evidence so far, he doesn’t understand what he has done or can’t bring himself to face it.

Following the anger and protests after President Donald Trump’s travel ban, let’s examine the facts. The seven mainly-Muslim countries were designated by President Obama, before Trump, because there were problems with granting visas. Similar to Trump’s longer-term ban on Syria were Obama’s similar executive orders banning travel from Iraq. Obama also used an executive order to limit travel from Cuba to the US.

Courts have repeatedly ruled one may sometimes have to deal with specific religions or nationalities when dealing with national security. It looks like the frenzy of hatred and abuse directed against President Trump on both sides of the Atlantic – and as far as the House of Commons – may have been misguided.

Why are you giving a platform to this man?

So Imam Ajmal Masroor thinks the conflict over there must not divide us here, yet calls for a one-state solution for all, meaning the end of the Jewish state – facilitating the Islamist goal of eradicating Israel through democracy, which many Muslims in the west support. This appears to be a ploy to conflate Islamophobia with anti-Semitism, a flawed concept as both hates are rooted in different reasons.

Islam has not had a reformation, which is why most Europeans now want Muslim immigration banned. Anti-Semitism has different causes and today its main purveyors are Muslims and the left-wing, as evidenced by Labour Party anti-Semites.

Has Ajmal Masroor called on the Organisation of Islamic Cooperation
(OIC) to ditch the Cairo Declaration of Human Rights? Many Muslim countries reject the Universal Declaration of Human Rights (UDHR) in favour of the Centre for Democracy and Human Rights, which gives supremacy to Islam and not humans and the OIC, which claims to represent Muslim countries, replaced the UDHR with CDHR. Islam needs to reform its supremacist teachings and the OIC should grant equality and freedom of religion to all.

The very height of hypocrisy

It’s no surprise the shambolic Jeremy Corbyn addressed a demonstration against Donald Trump’s ban on entry to people from seven Muslim-majority countries. It’s also no surprise that, when pushed to comment on a similar ban on any Israelis entering Muslim countries, he reverted to his standard (but irrelevant in this instance) response of pursuing a two-state solution to the Israeli-Palestinian conflict. Hypocrisy at its height. Trump indirectly banning Muslims is racist, unacceptable and the world is demonstrating, but Israelis being banned by Arab nations is considered legitimate and condoned.

Keeping jihadists out does not anger or upset this Jew

You refer to “a unanimous chorus of disapproval”, but this British Jew is not “angry and upset” by President Trump’s executive order for a temporary travel ban on seven Muslim-majority states to make it harder for jihadists to enter America.

Please explain the need to expand the settlements

I am asked by non-Jewish friends why 3,000 new houses have been approved in the West Bank, so would appreciate a convincing argument on the need to expand settlements.