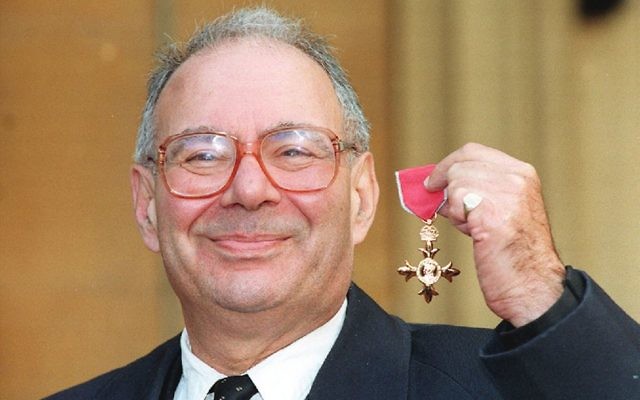 I met Lionel Blue last year at his house. Like the rabbi himself, it was small, understated, wonderfully unusual. High taste the mauves and pinks of his upholstery were not. But it was authentically his.

The living room lay stuffed with ornaments and books and manuscripts. They spilled on to the floor, there were so many. Kabbalah, the Raj, The Jewish Enlightenment: physical signs of a life well read.

By this time Lionel was beyond his best. He sat silently on a chair before a zimmer frame watching television. He was weak and could not stand to greet us. He was barely audible.

He never feared death. He lived his early life pained by his sexuality and physically repulsed by his body. He was crippled by depression during those years. But he made a point of not fearing physical pain or his own mortality.

Rabbi Lionel Blue won recognition for his words, but his actions were just as remarkable. If anyone wants a marker of how brave his decision to come out was, do not look alone to what the legions of listeners, LGBT campaigners and rabbis said responding to his death.

Momentarily consider what was not said, and in particular the Chief Rabbi’s response to Lionel’s death this week: shameless, shameful, radio silence.

In a homophobic community, Lionel decided to show the world the person he was. And the world loved him for it.

The fanatics who abuse the decency of the free world

In no way do I believe the majority of refugees seeking sanctuary in the UK and other European countries are actual or potential terrorists.

Rather, they are prosaic people who want a measure of democracy and the opportunity to make a good living financially.

Not all of these politicians are of the ilk of Jenny Tonge, who is a deranged Israel hater.

But there are also those who shut their eyes to the indifference of so many of the wealthy Muslim countries for monetary reasons.

Big business at an international level is at play here.