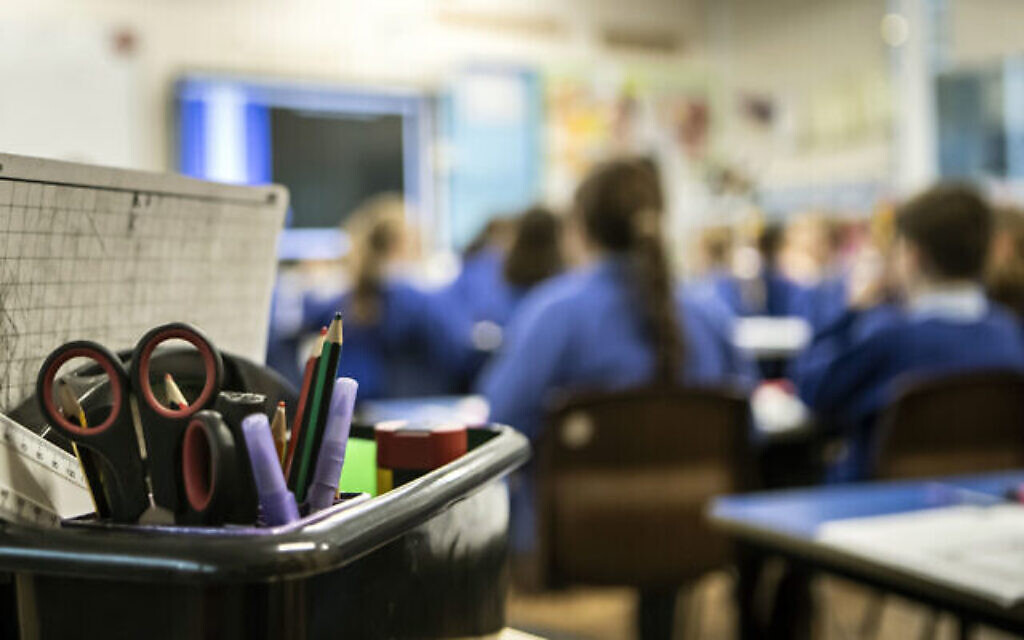 I read your report on the persecution of Jewish teachers and am appalled.

I was a primary school teacher and had the pleasure of teaching two Jewish children at the Church of England school where I worked. Please pass on my thoughts to the teachers.

Others will be thinking as I do. I pray for wisdom and protection for all Jewish students and teachers.

I was devastated to read about what Jewish teachers are enduring at non-Jewish schools in the wake of the recent conflict in Israel and Gaza.

I hope headteachers and governors are supporting these staff members through this difficult time and engaging with pupils and their parents about the difference between free expression and racist
intimidation.

I write in response to last week’s lead letter, ‘Let’s have a two-state rally’. Sitting in the UK, that might seem like a fine humanitarian idea and much-supported by liberal/left-wing leaning Jews and, to quote the letter, “peace will only happen when there is a two-state solution: a secure Israel and a secure Palestine”.

Unfortunately this can never happen as the vast majority of Palestinians want a one-state solution (try talking to them) – an Arab state that will undo the ‘historic injustice’ of the creation of the state of Israel.

When you mention statistics, such as 96 percent of all Jewish children being born in Israel, your average Palestinian will say it is up to them whether they stay or leave the new Palestine.

The Palestinian Arabs have been fed a fantasy (mainly by Arab nationalists, Islamic groups and Iran, a fantasy for their own benefit) that the clock can be turned back to 29 November 1947 and that the UN, rather than deciding to partition Palestine, gave the whole of the British Mandate to the Arabs or alternatively the Arab armies had vanquished the infant state of Israel.

Only when the Palestinian Arabs have weaned themselves away from this fantasy and realise that the Jewish state is here to stay can there be a reconciliation of Palestinian Arabs and the state of Israel. When will this happen?

Perhaps we will need to wait for the current Palestinian leadership (not a good choice
between Islamic Hamas or corrupt Fatah) to be consigned to the history books and a new generation of Palestinian Arabs to grasp the reality.

Letter writer Hayley Tontovic is another example of the deluded belief a ‘two-state solution’ could ever be achieved in relation to the territorial claims on lands currently controlled by Israel.

She fails to describe her vision of a future two-state solution, which could offer the unity that would be displayed by showing both Israeli and ‘Palestinian’ flags at demonstrations.

I do not believe a credible two-state solution can ever be arrived at because Israel without sovereignty over all of Jerusalem and its environs has no value
to believers in a Jewish state. Arabs will never concede East Jerusalem and their ‘right of return’.

Get rid of terror first

I write in response to the laughable letter about having a two-state rally.

Hamas and Fatah have no interest in the well-being of their citizens. In order even to think about a two-state solution, the media bias needs to be dealt with and all the hate and terror eradicated.

Someone who is anti-terror and pro-peace needs to be installed in the Palestinian leadership and be open to the idea of Israel existing.

I write in regard to your report on Sue Cipin, chief executive of the Jewish Deaf Association, receiving the Barnet Civic Award for Lifetime Achievement in recognition of her service to the deaf.

I was disappointed there was a paltry article and no picture of Sue. And the article did not mention that I, a totally deaf member of the JDA, was lead nominator for Sue to be awarded. You only mentioned Mike Freer MP and Rabbi David Lister supporting the nomination.
Neil Kaufman, By email

Regarding last week’s piece on the German invasion of the Channel Islands, I have visited the site of the Potsdam Conference in 1945. A Nazi map shows the UK including the Channel Islands. The plan was to exterminate us all. We shouldn’t forget this when trying to defend our homeland.