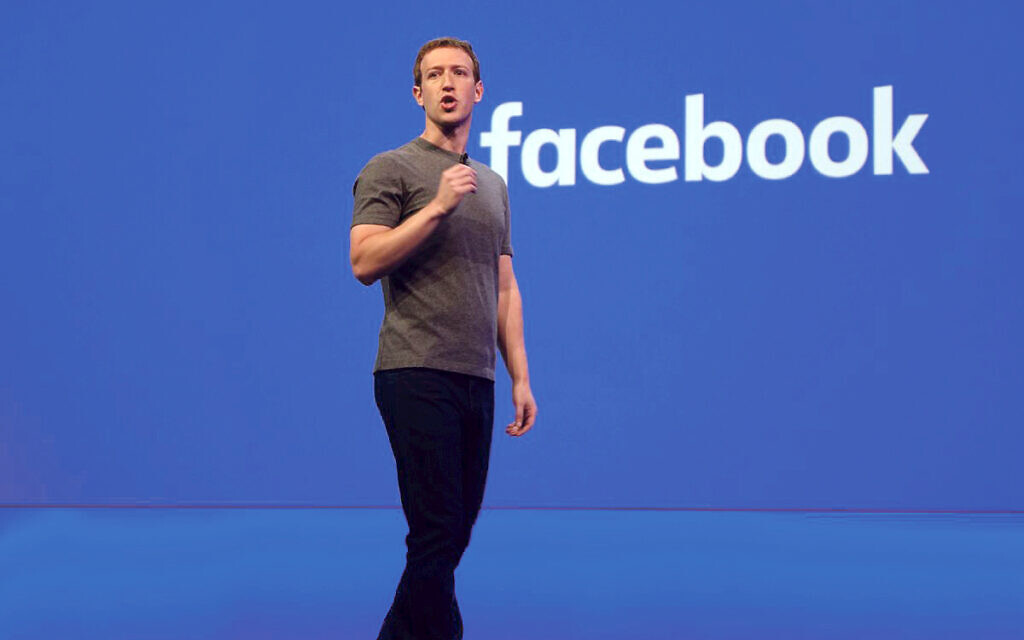 You report that 84 percent of Jew-hate is ignored online. This probably comes as no surprise to most of us, nor does the reported self-congratulatory, oft-repeated flimflam emanating from the usual social media non-suspects – Facebook, Twitter, et al. In fact, it makes for quite nauseating reading.

Many of us, with good reason, see the likes of Facebook as the enemy in that it provides the platform for tens, if not hundreds of thousands of Jew-haters, Holocaust deniers and other equally despicable individuals and organisations to spew bile.

We Jews are under attack from all sides (a cursory read, week by week, of Jewish News will attest to that fact), yet are we to believe that it’s really unavoidable that Facebook has to be the worst offender? After all, there is an influential Jewish ‘insider’ in the heart of the Facebook camp, and I speak not of Mark Zuckerberg (pictured).

Many of us are of the opinion that, when it comes to action of any sort against antisemitism, nothing will make a difference. If that is also true in this case, this then suggests Facebook’s Jewish vice-president doesn’t have quite the influence we imagine.

On the other hand, it could just be a matter of naivety to expect noble gestures in defence of our people to radiate from big business.

Upset by the big noses

Down from Manchester for a family simcha, I picked up a copy of Jewish News (5 August 2021). I was – no, I am – offended at the depiction of a Jewish solicitor in the cartoon.

I complained to Top Gear many years ago for making a reference to ‘Jewish noses’. While it was intended as humour the then editor was horrified and apologised.

What I don’t expect is for a Jewish publication to show imagery that is deliberately used by antisemites.

If we publish things like this, it’s easy for others to say it’s alright.

It would seem the Jews who support the Ben & Jerry’s boycott are the very same ones who blame Israel for the situation in the West Bank, calling it an “occupation”. This ice cream brand has delivered a victory to the boycott, divestment and sanctions (BDS) movement, the sole aim of which is to harm Israel and undermine its existence. Long may it fail.

I refer to the letter of 5 August by former deputy Laurence Brass, regarding the Board of Deputies’ rejection of the Jewish Council for Racial Equality (JCORE).

The vote for JCORE was 52 percent in favour of it joining the Board. That was the Brexit majority, but our rules require two-thirds voting in favour.

We do not demand any organisation adopts the International Holocaust Remembrance Alliance (IHRA) descriptions of antisemitism, but we do expect bodies who wish to join us are at least comfortable in the knowledge that the Board has adopted it. JCORE, by contrast, promotes the position that it has never considered IHRA. May I suggest it does consider it and the fact that IHRA is designed to highlight any genocide.

JCORE is free to reapply, but I cannot see how it would be selling its soul to accept that IHRA plays an important role in rooting out racism and anti-religious prejudice. All the other groups applying to join us had no problem with that. Nobody denies that the work it does is a prime example of tikkun olam in action.

Rabbi Richard Jacobi’s Deuteronomy reference to the phrase ‘Humanity does not live by bread alone’ reminds me of the Birkat Hamazon. It has a significance most people might not think about The Reform grace booklet featured one English paragraph that includes the words: ‘Let us not be blind to the needs of others, nor deaf to their cry for food.’ An appropriate call in our troubled times.

A reader sent in a question recently asking for a reason to keep Shabbat. There is an excellent reason: God commanded us to. He promised eternal reward for doing so. There is nothing as beautiful as the opportunity to actually talk to your kids and spouse without mobiles or other gadgets. To be able to sit around a candlelit table with good food, chat, singing and nobody in a rush is unparalleled. Try it!