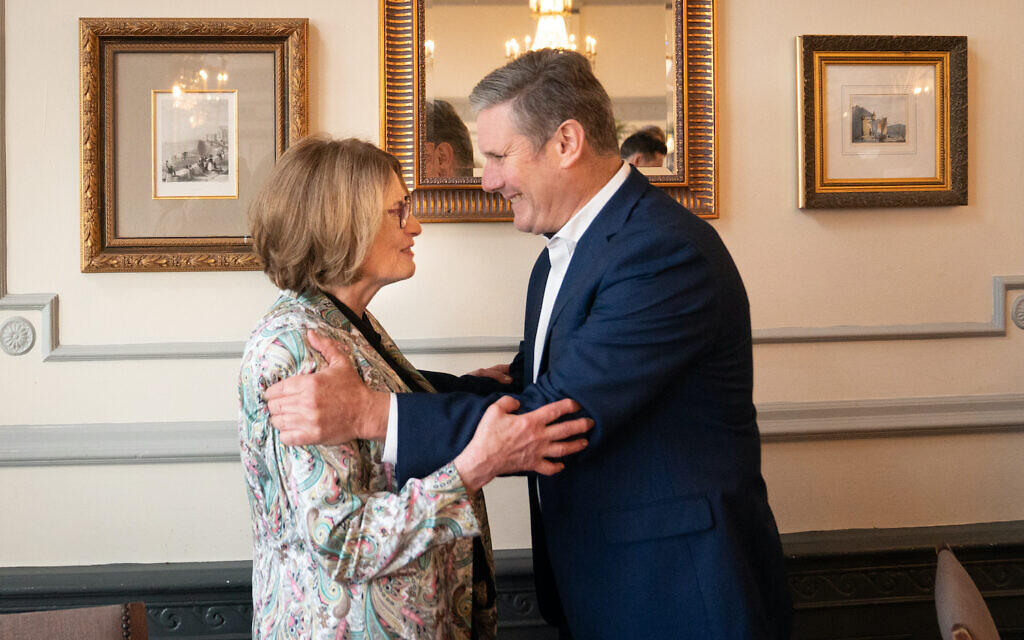 I can’t imagine what Dame Louise Ellman went through emotionally when she felt forced to leave her political home, the Labour Party.

The fact she has rejoined it gives those of us former Labour voters hope that change really is possible and that the leadership – as well as those in the rank and file of the party – are now taking seriously our concerns and, more importantly, taking action on them.

Dame Louise Ellman has made a big mistake in rejoining Labour. Far from “closing the door to antisemitism” as Keir Starmer claimed, the anti-Israel motion that passed by two to one contained 15 lies, including the antisemitic desire to terminate Israel as a Jewish state by allowing the “right of return”.

Dame Louise’s return will be used as evidence that the fight against antisemitism has been successful. But there is still
a long long way to go. What a shame.

The end of the Angela Merkel era is something that I, as a Jew born in Germany, feel merits special mention on your letters pages.

Mrs Merkel has been the country’s greatest post-war leader: a European, a unifier and someone who saved the lives of countless refugees by allowing them to settle in Germany.

She has also been a true friend of its slowly growing Jewish community, notably taking a stand when circumcision was targeted by the judiciary. She famously said at the time: “I do not want Germany to be the only country in the world where Jews cannot practise their rituals. I hope Mrs Merkel’s probable successor, Olaf Scholz, walks in her giant footsteps.

Last weekend I attended my first shul barmitzvah since the pandemic. After so many Zoom services it was a delight to pray in person, albeit while seated apart at a safe distance. The Kiddush, held in the car park, was the social highlight of my year!

We’ve just marked the season when assorted charities send out small amounts of honey to donors and volunteers.

Without wanting to seem ungracious, I would be obliged if they would send their gifts in time to arrive before Rosh Hashanah, properly packed, and with the correct postage, so we don’t have to go
to the sorting office to pay the difference, as I have done twice now.

Better still, save your money and refrain from sending this tat.

We all want an Israel at peace

D Rosenthal’s letter, “All right, Israel…let’s talk” is part of the conversation that has been ongoing and doubtless will be in the future (Jewish News, 23 September).

Any conversation is better than military action. Jews are known for disagreeing with each other but I believe we’d all like to see the continued existence of Israel, one with which her neighbours are at peace. For that to happen, elected Palestinian politicians need to be in place who accept Israel’s right to exist.

It’s all well and good for Sir Keir Starmer’s Labour to say that the bad old days of Corbynism are over and the party is once again a safe space for Jews.

But until it removes the delegates who opposed the rule changes to its complaints process at this week’s conference, it will remain what it was under the former leadership: a party unfit for politics, let alone power.

Jews who use Nazi terminology such as the above are deserving only of our contempt and derision – and, probably, a little pity.